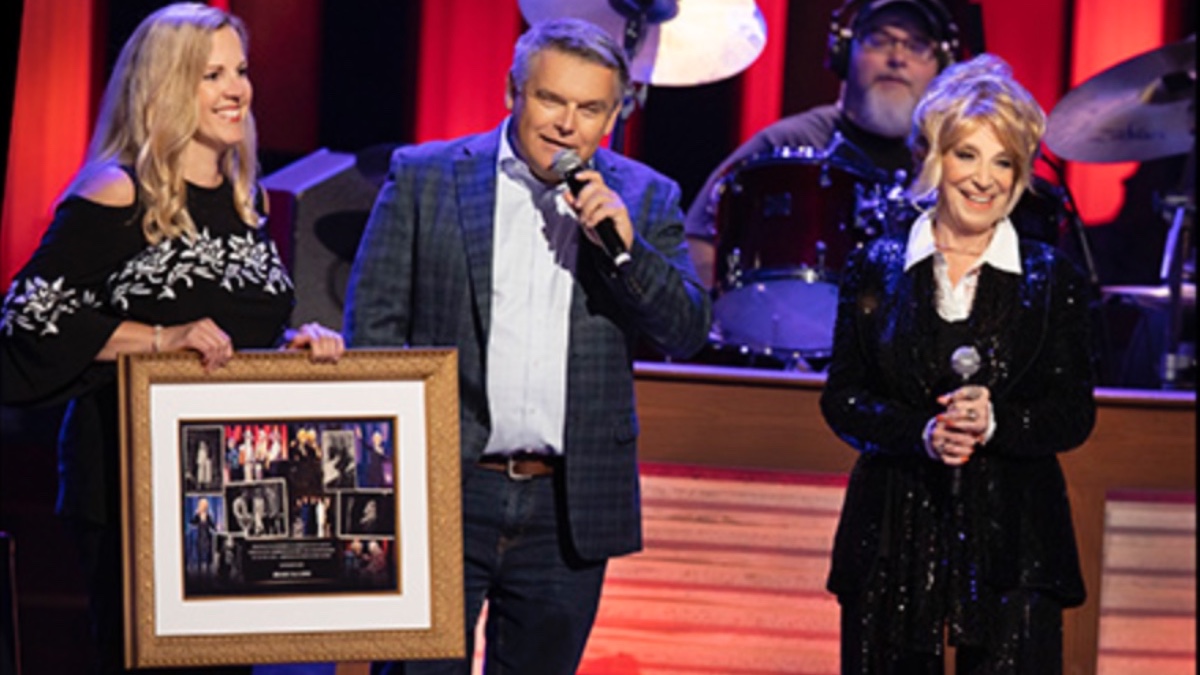 GRAMMY® winning artist, Jeannie Seely, celebrated her 55th year anniversary of being a member of the Grand Ole Opry on Saturday, September 17th in grand style. During her 55-year membership, Jeannie Seely has never left the Opry or missed a year of performing on the coveted Opry stage.

She has become known for the many firsts during her long-lasting and extensive career, including the honor of becoming the first artist from her home state of Pennsylvania to become an Opry member and one of her proudest accomplishments of being the first female to regularly host segments on the show.

Along with Jack Greene, they were the first artists to record a live album at the Opry house. One of the most controversial moments in her 55 years was when she became the first artist to walk on stage wearing a mini-skirt which led to allowing other performers to wear what they chose to wear on the Opry stage! Seely has also taken the opportunity to introduce numerous up and coming artists for their debut performance at the Opry over the years, which she did again on Saturday with the introduction of Chapel Hart for their Opry debut.

As she welcomed the crowd Saturday night, she proudly stated, “This is such a special night. I don’t even know what to say. I’m just enjoying every second of it, and I will never take it for granted when I come through the Opry doors. I was thinking maybe I should wear a gown for this special occasion and then I thought, you know, if they are not impressed with me after 55 years a gown ain’t gonna do it now! I didn’t come here 55 years ago to impress you, I came to entertain you.”