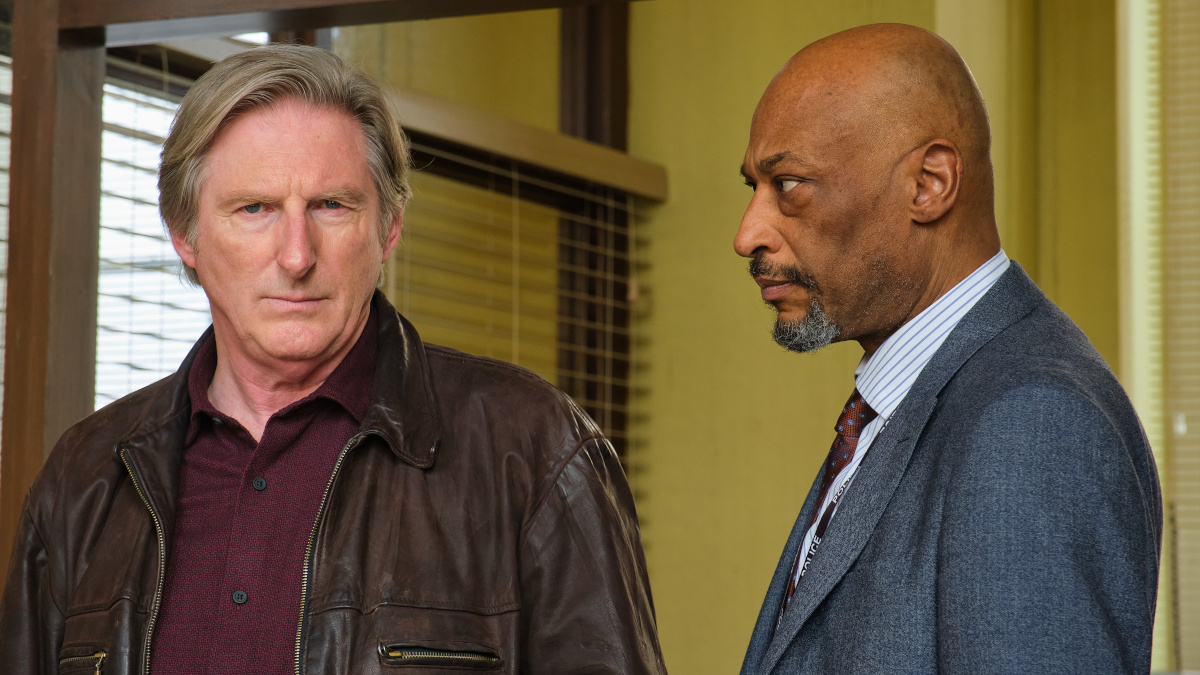 The third episode of ‘Ridley‘ saw the retired singing detective (Adrian Dunbar) offer to help track down a missing man. The case took a twist when a witness he wanted to talk to was murdered.

Ridley met a jazz singer named Eve Marbury (Joanna Riding) and upon hearing she hadn’t seen her brother Luke for 40 years, he offered to help. She took him up on the offer and gave him a couple of photographs.

These led him to a local record shop where the owner Ray Trevice (George Costigan) agreed to put out an appeal on the radio. It looked like a breakthrough when someone answered the appeal with information that Luke had been recently spotted in a local pub. However this turned out to be a hoax and the trail went dead.

The record shop lead turned up a possible witness called Julie Conway (Hopi Grace) but she turned up dead before Ridley could speak to her. She was due to inherit a property from the recently deceased Julian Varnham and his children weren’t happy about it.

Things took a dark twist after a second caller answered the radio appeal and claimed to be Luke. The caller also threatened Ray to tell the truth and the next day he was found to have hung himself. The police traced the call to a local mechanic named Duncan Darwen (Jack Deam) who eventually helped the police solve the case. It turned out that there was a history of abuse from Julian and Ray which also involved Julie.

Ridley thought things were going well with Eve and she even asked him to go back to the states with her. However, things didn’t work out as Ridley worked out that it was Eve who had killed Julie.

Inmate Michael Flannery (Aidan McArdle) cropped up again after requesting a visit from Ridley. He wanted help in getting out to visit his dying mother but Ridley said it wasn’t possible.

Read our full recap of Ridley episode 3 to refresh your memory.

Ridley and Carol are called out to investigate the death of a man after a fall from his balcony.

During the investigation, Ridley makes a shocking discovery between the current murder case, and the arson attack which killed his family.

‘Ridley’ concludes at 8pm Sunday 18th September on ITV. Preview the episode with our gallery below: