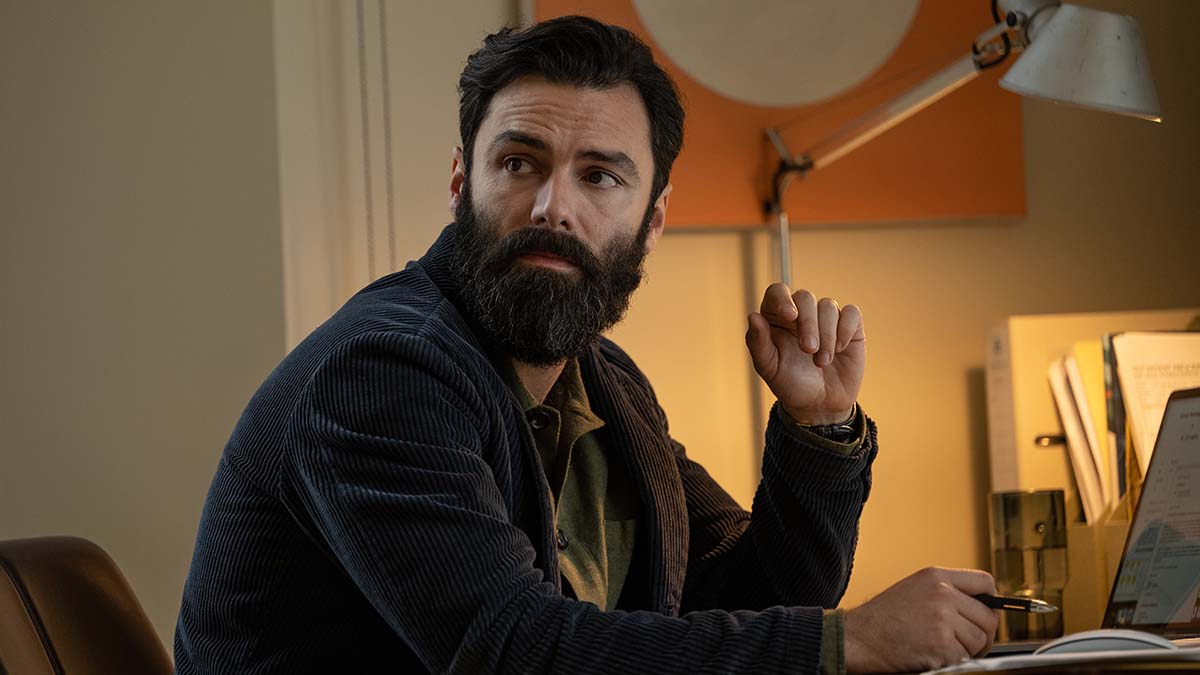 Joe (Aidan Turner) desperately tried to prove that he wasn’t the person who murdered Catherine (Tara Lee) during the third episode of ‘The Suspect’.

In a bid to clear his name Joe appealed to Cara (Bronagh Waugh) to tell the police she was with him the night of Catherine’s murder. She refused saying that she couldn’t go into an interview room again due to her past trauma and then revealed that Joe left her home at 12.30am, so she would be lying to the police if she said he was with her until 4am as he’d asked her to do.

With that option now out of the window, Joe dug deeper into Bobby (Bobby Schofield) and found that he had two different medical records associated with his NHS number under two slightly different names. The record named ‘Bobby Morgan’ showed a completely different history for Bobby that connected him to Liverpool and possibly Catherine, leading Joe to decide to travel to Liverpool for answers.

Joe called Jack (Adam James) to let him know where he was and ask him not to tell the police but Jack wrestled with his conscience and called Ruiz. Meanwhile, Joe paid a visit to Bobby’s school teacher who told him that Bobby was beaten by his father as a child and potentially sexually abused. It was revealed that Bobby’s father died in an industrial accident, which really affected him.

Next on Joe’s list was Melinda (Angela Griffin), an old friend he’d become estranged from. Melinda took Joe to task for cutting her and her husband, who died a year earlier unknown to Joe, off and she said she didn’t tell him because she was furious at him. During the conversation it was revealed that Melinda was responsible for putting Bobby into care after the death of his father. Their conversation was being watched from afar by a mysterious man who turned to be a police detective, DC Hegarty (Reese Scholtz) who was reporting back to Ruiz

Melinda dug out Bobby’s file and left Joe to look through the confidential information. He found out that Bobby had an older brother who didn’t go into care and Melinda shared video recordings of interviews with Bobby. As he watched the video, Joe recognised his own voice asking a young Bobby questions and had no recollection of being involved in the case. Melinda emphasised that Joe wasn’t to use any of the information he’d found out from her.

Joe’s next line on enquiry was about Lenny Morgan, Bobby’s father. He went to the depot where Lenny worked and then tracked down a co-worker of Lenny’s called Bert, who was in the pub. Bert painted a very different picture of Lenny as a caring man with talent, and told Joe he was killed after being crushed by a bus following an explosion. Bert denied that Lenny had abused Bobby and said he believed Lenny intentionally killed himself. Joe then got into an altercation with another man in the pub after accidentally knocking his pint over, and was headbutted to the floor.

DC Hegarty trailed Joe to Catherine’s flat and was greeted with hostility by her flatmate Carl (Richie Bratby). Joe pleaded with Carl to help him find Catherine’s journal but he said he didn’t know where it was. As Carl tried to get Joe to leave, Joe asked how she found out about the job at his office in London when she lived in Liverpool, and Carl said she received a letter from her ‘London lover’. As Joe left, Ruiz (Shaun Parkes) and Devi (Anjli Mohindra) arrived and met with Hegarty.

Ruiz and Devi questioned Carl and threatened him with perverting the course of justice if he didn’t tell them where her journal was. He admitted to taking Catherine’s laptop because she hadn’t paid her rent, and he handed it over to the police.

Back in London Joe met with Fenwick (Sian Clifford) who handed him Catherine’s application for the job. One of the references on the application was Jack and Joe suspected that Jack was having an affair with Catherine. He started theorising that Jack had set him up and sent Bobby to him, and Fenwick told him to go to the police.

Joe returned to Jack’s apartment, where he was staying, and searched it. He found photos of Julianne (Camilla Beeput) in an envelope and was interrupted by Jack’s girlfriend who was angry saying Jack was ‘incapable of love or affection’.

Ruiz found Catherine’s journal entries on her laptop, which said she’d been having an affair with Joe. Joe denied murdering her or having an affair, and pointed the finger at Jack. Ruiz revealed that Jack had already told them about his relationship with Catherine and that Jack had an alibi for the night of Catherine’s murder… Joe’s wife. Refusing to go to the station, where he was going to be charged with murder, Joe hung up and threw his phone in the river. He returned home and found Jack playing house with Julianne and Charlie (Uma Warner).

Elsewhere in the episode Julianne tried to carry on as normal while she dealt with the fallout from throwing Joe out of the marital home. She suffered a dizzy spell after dropping her daughter off at school and returned home to find Ruiz and Devi digging up the garden believing Joe had buried a piece of evidence. Julianne insisted it was a dead goldfish and that’s all they found.

DJ (Tom McKay) continued to grow closer to Julianne and he chased a stranger out of her home. He was unable to catch the man but Julianne thanked him. Julianne asked Jack to come over and he intercepted a call from Joe as Julianne didn’t want to speak to him. Charlie called her father and told him she’d heard her mother saying she was ‘late’, which shocked Joe who had no idea his wife was pregnant.

‘The Suspect’ continues Monday at 9pm on ITV.