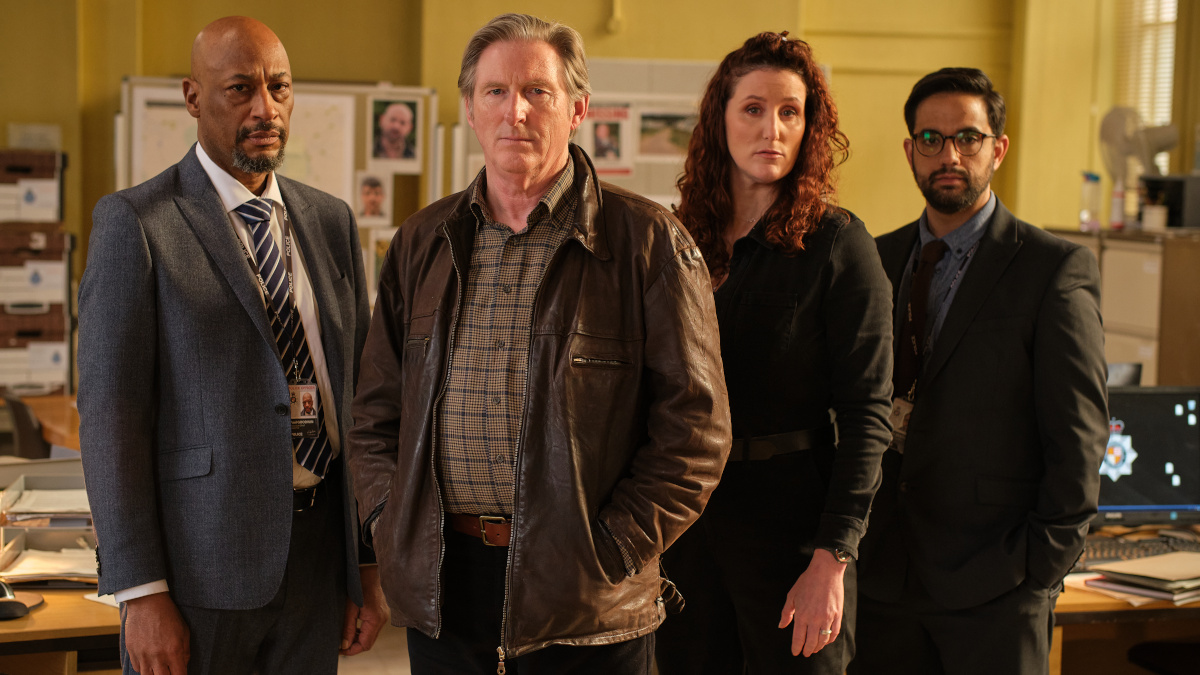 ITV’s new four-part drama ‘Ridley‘ begins on Sunday with Adrian Dunbar (Line of Duty) in the title role. We don’t know if he’ll be going after bent coppers but we’re confident this will be one to watch.

The series will introduce us to charismatic Ex Detective Inspector Alex Ridley (Adrian Dubar), who has retired from the police force after years of dedicated service due to his health concerns and grief after losing his wife and daughter.

Ridley’s replacement is DI Carol Farman (Bronagh Waugh) his former protégée whom Ridley mentored for many years. When he’s enlisted by Carol as a police consultant on a complex and compelling murder case, the investigation takes a dark and unexpected twist. Turning to her old mentor for support, Carol is keen to access Ridley’s unique insight into crime-solving which has served them so well in the past.

With more intriguing cases to solve, Ridley will be enticed out of retirement into his former role, reviving his formidable and successful partnership with Carol.

Ridley is written and created by Paul Matthew Thompson, one of the lead writers of ITV’s iconic detective drama, Vera, and co-created by Jonathan Fisher (Blood, Hollington Drive, Penance), Managing Director of West Road Pictures. Both are Executive Producers alongside Ingrid Goodwin. It is a West Road Pictures Production for ITV in association with All3Media International.

In episode 1, when a local farmer is found dead, Ridley (Adrian Dunbar) is called on by his ex-colleague and newly promoted DI Carol Farman to assist on a missing persons case that remains unsolved after 13 years. Ridley always suspected the investigation was flawed, and that the wrong man was tried for Zoe Lindsay’s abduction. As they delve deeper, they uncover another body, and a shocking secret.

‘Ridley’ begins at 8pm Sunday 28th August on ITV. Preview the episode with our gallery below: