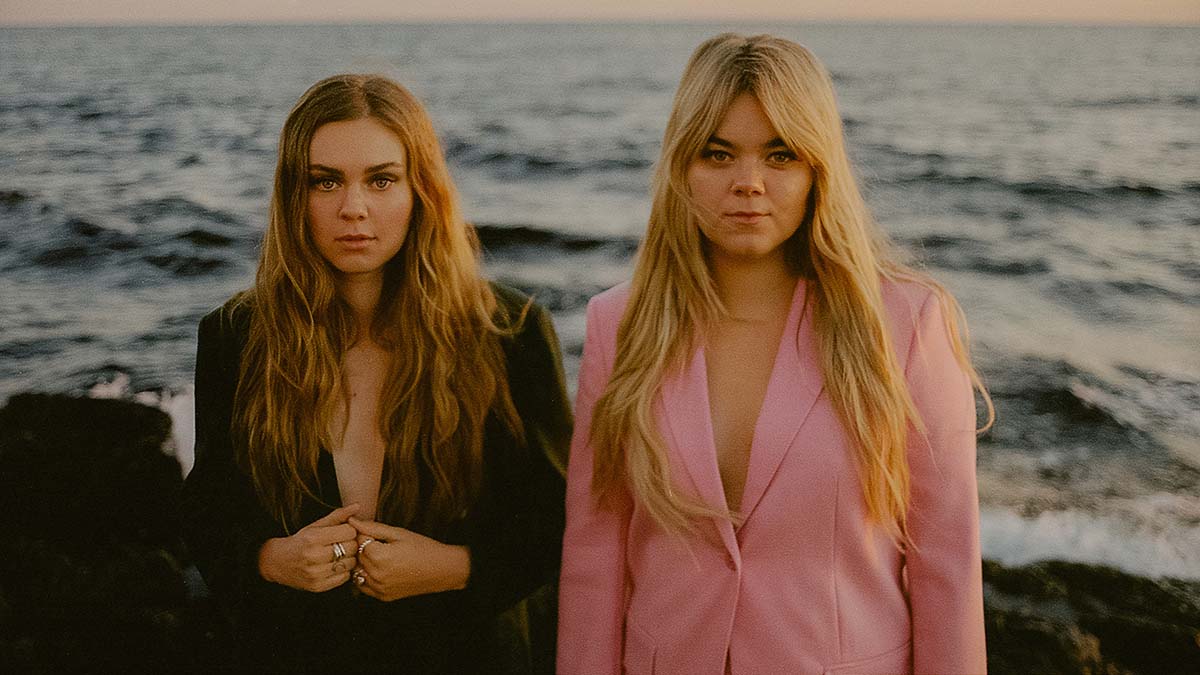 The set features the new single ‘Out of My Head’, which is the lead single and is available to download and stream now. The video for ‘Out Of My Head’ is directed by Jason Lester and filmed in and around Dublin. It draws inspiration from the 2004 film ‘Eternal Sunshine of the Spotless Mind’.

Talking about the song the duo says: “We wrote this song last year together with songwriter and producer Björn Yttling. It was the first time we wrote for First Aid Kit with someone else and it was very inspiring. The song was written in the spur of the moment, almost like a stream of consciousness. It’s about feeling stuck inside your own thoughts and desperately wanting to escape. We produced the song with Daniel Bengtson in Stockholm. It has a bit of a different sound from our previous songs. We wanted the production to feel like an old rock song from the 80s. We were inspired by Fleetwood Mac, Kate Bush and Tom Petty. This is one of our favorite songs we’ve ever written, we’re so proud of it and are so excited to finally get to share it.”

‘Palomino’ was written and recorded in the duo’s home country of Sweden. It’s their most pop-sounding record yet and it was produced by Daniel Bengtson.

Commenting on the album the duo says:

“This is the first record we’ve recorded in Sweden since we made our debut album ‘The Big Black & The Blue’ 12 years ago! We worked with Swedish producer Daniel Bengtson at his lovely studio Studio Rymden in Stockholm. It was such a fun experience. We really let the recording take time, we didn’t want to rush it.

The songs were mostly written during the pandemic. In such dark times, music felt like an escape from all the horrible things going on in the world. We wanted this album to feel more upbeat and cheerful than our previous album ‘Ruins’, which was a break-up record. It’s probably our most pop sounding record yet. We took inspiration from all over the place – old acts such as Fleetwood Mac, Carole King, Tom Petty, T Rex, Elton John but also Angel Olsen, Whitney, and Big Thief. The title is a reference to freedom, learning how to stand on your own two feet. Growing older and feeling more comfortable in your own skin. Riding off on a Palomino!”

First Aid Kit has also announced a UK headline tour set for this autumn with Lola Kirke supporting. The UK tour will open in Glasgow on 28th November.

In this article:First Aid Kit