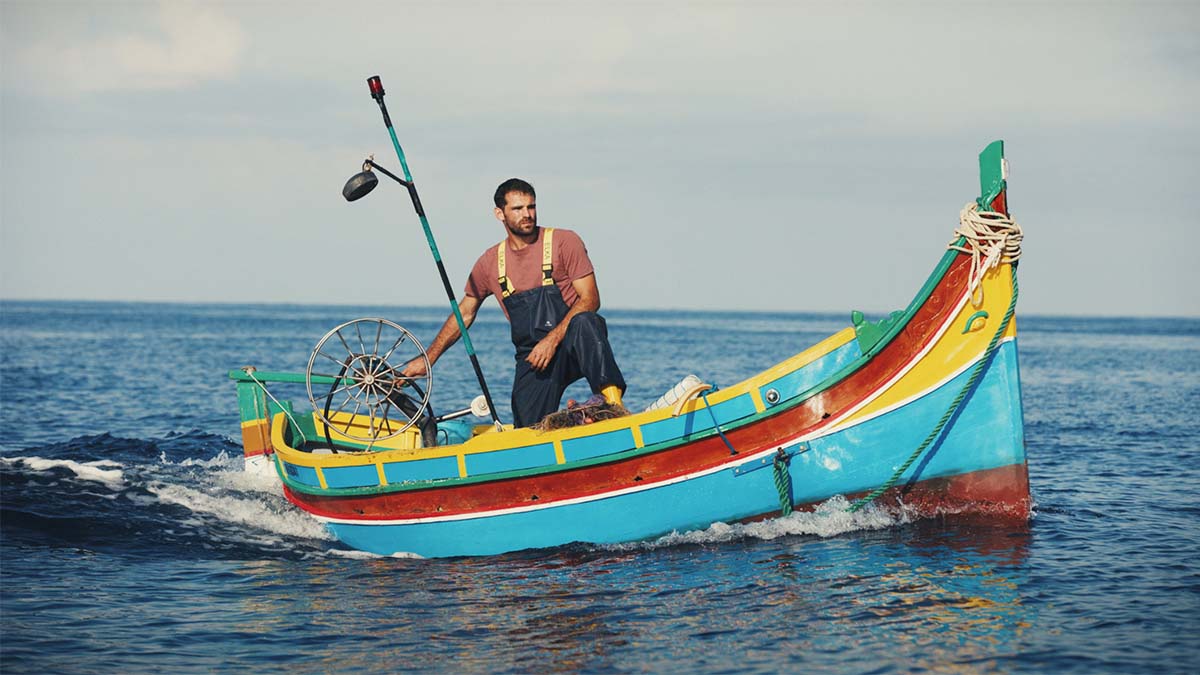 Jesmark (Jesmark Scicluna) spends his days fishing on the island of Malta and struggles to make ends meet causing friction with his wife Denise (Michela Farrugia) as they try to raise their baby. With his boat (known as a luzzu) in desperate need of repair, Jesmark has to make the choice between using what little money he has to fix it or decommission the boat and move into the fishing black market. As pressure mounts, Jesmark decides to do what’s necessary for his family but at what cost?

‘Luzzu’ is from writer and director Alex Camilleri, and it leans into neorealism as Camilleri casts non-professional actors in the cast. The idea of the film came from Camilleri’s interest in the fishing industry and Malta and after spending time with Jesmark and his brother David, both real-life fishermen, he began filming short documentaries. That allowed Camilleri to understand the industry and the challenges it faced, along with the impact of the EU legislation that makes it harder and harder for fisherman to make a living.

Casting Jesmark as his leading man, Camilleri directs a surprisingly natural and nuanced performance that explores a man’s struggle between doing what is right and what is necessary in order to provide for his family. While Jesmark struggles to bring home money, he faces additional pressure from his wife Denise who is caring for their unwell baby who needs medical intervention. Add to that Denise’s well-to-do family who cast their own pressures on Denise and Jesmark, and the situation is one that’s unsustainable.

Inevitably Jesmark is drawn to the black market seeing the opportunities it has to reverse his fortunes and the freedom it gives him to make some real money. Of course the illegal nature of what he’s doing weighs heavily upon him but the need to take care of his family is greater. It’s largely a credit to Jesmark’s understated performance that the audience gets on board with his decisions and roots for him. He plays the character, which is essentially a fictionalised version of himself, with surprising grit and often without saying a word, he manages to covey so much.

Camilleri impressively commits to his material, taking the viewer deep into the life of Jesmark in a bid to tell his story and make them understand what the reality is like for people like him. It hits home exactly as Camilleri intended, and there’s an interesting juxtaposition between the visual paradise represented on screen and the harsh reality of Jesmark’s life.

Extras on the DVD include an exclusive interview with Camilleri as well as an audio Ccmmentary by him. There is also test footage and Jesmark Scicluna’s screen test.

‘Luzzu’ is a striking and unusual film that captures a slice of reality that most of us wouldn’t otherwise see. Camilleri shines light on an important issue and in doing so will likely help the plight of fisherman receive much-needed attention. In Jesmark he’s discovered a raw talent that could have a very promising future ahead of him should he choose to switch his career from fisherman to actor.