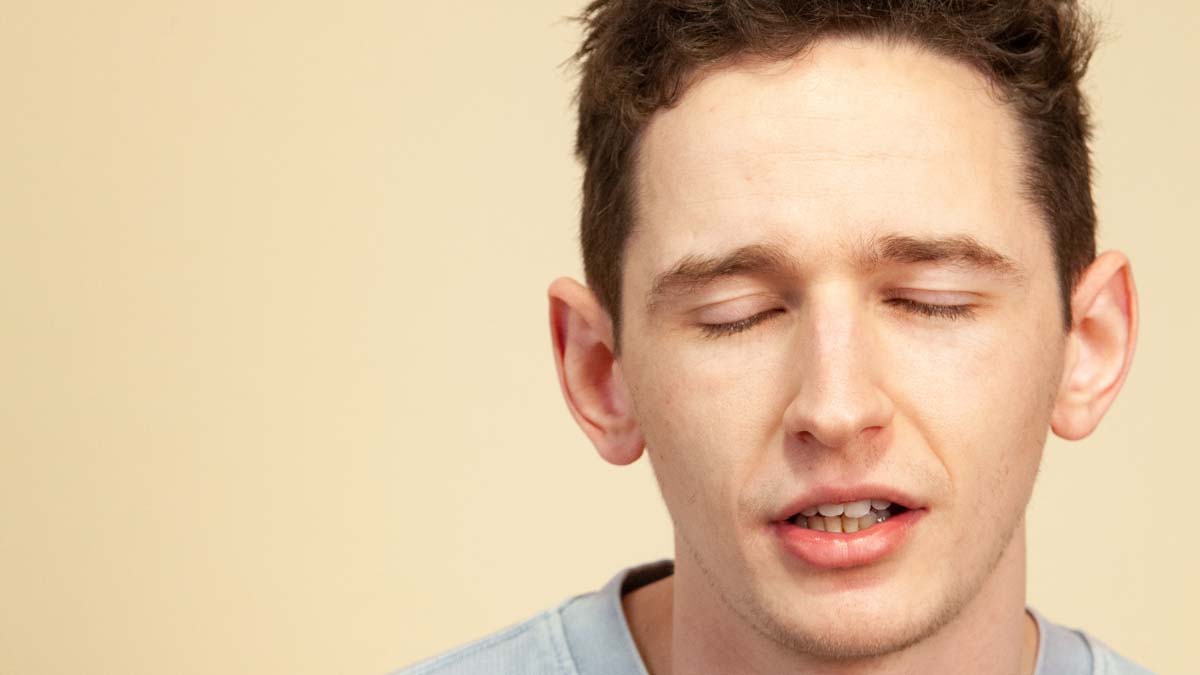 In his critically acclaimed 2019 show, Pindos, Milo explored how he became the first British stand-up comedian to become a Russian TV star and he learned that fame, although it may be a fickle friend, can come in handy when you get arrested in Siberia.

Now, it’s 2022, and Milo has become acutely aware that he’s located somewhere in the annoying transitional phase between childhood and death, and he’s keen to figure out what the point of him is.

I caught up with Milo for a quick chat about what Voicemail has in store.

What’s it like being back at the Fringe with live comedy being back on its feet?

It’s hard to say really, ask me on the 28th of August when I’m really on my last legs and I’ll give you an honest answer.

How did the pandemic affect your creativity flow in developing a show – good or bad?

This particular show has now been three years in the making and it’s changed almost beyond recognition for a whole host of reasons, partly because the life events I wanted to talk about have shifted as I was writing it. The pandemic itself though I thought was a great time to focus on other things and different creative outlets. A friend and I got quite into making ironic synthpop.

Tell me a bit about your approach to writing Voicemail and what inspired it?

In the past three years I’ve had a lot of cause to think about mortality and time, and I wanted to write a show about my life, set in the wider context of my parents’ lives. At heart it’s a show trying to examine what a good life is.

What one thing do you want audiences to take away from the show?

A coherent socio-economic understanding of MILFs as a demographic and phenomenon.

Do you think there is pressure on comedians to have a perfect show or do you aim to perfect the show during the run?

The show always changes during the run and that’s a great organic process but I don’t really think there’s any such thing as a perfect show. That said you want to reach the point where the show feels finished – before the reviewers come in ideally!

Who are your biggest stand-up comedy influences?

Boringly, probably Stewart Lee. Everyone says that but it’s true. He’s very good. Beyond that it’s probably mostly my friends and colleagues in comedy and podcasting, the things they say to me often percolate into my own ideas.

Why do you think live comedy is so important?

Well for a kick off, without it I wouldn’t get to feel anywhere near as important.

Where can people see you outside of Edinburgh, where are your favourite comedy nights?

I play all over, usually just booking my own solo shows, but in London I’m a fan of Vauxhall Comedy Club – it’s a solid and unpretentious venue which books some good acts. You can’t always believe the hype when it comes to some of the most well known comedy clubs…

Summarise your show in three words?

Any recommendations for other Fringe shows (that you’re not involved in) for comedy fans to check out?

Mark Watson – This Can’t Be It