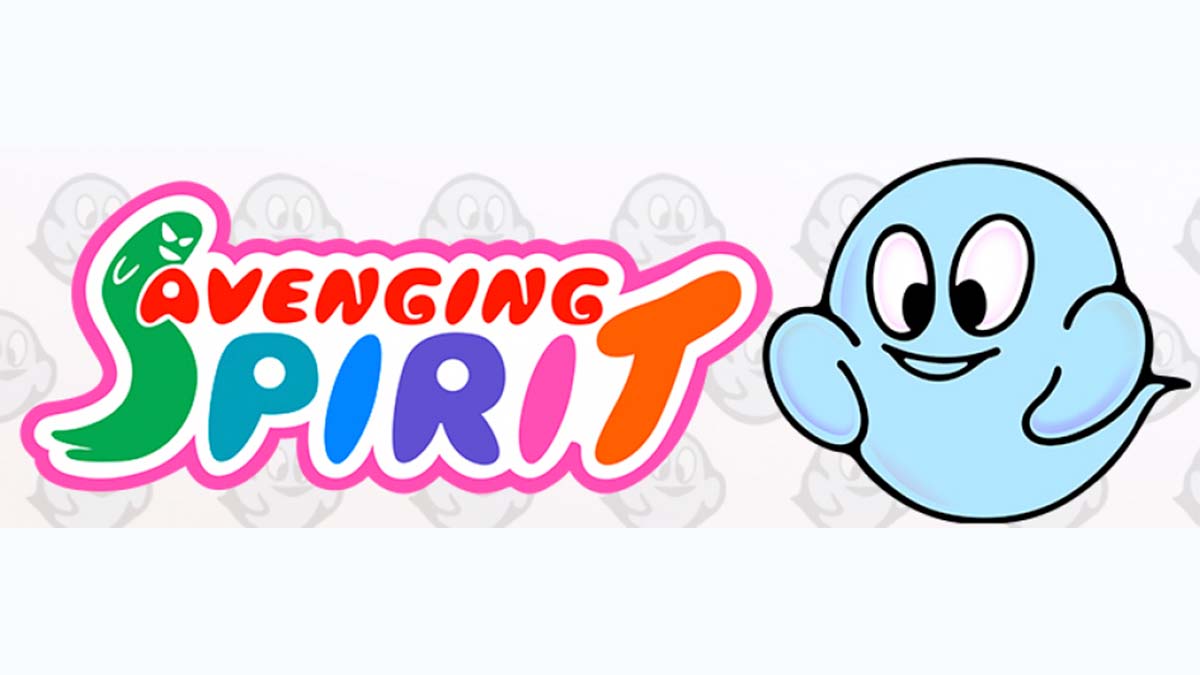 Nostalgia is most definitely ‘in’ at the moment so it’s no surprise to see Jaleco’s 2-player platform arcade classic ‘Avenging Spirit’ getting a release for modern consoles. I remember whiling away many hours playing arcade games at Coral Island and the other amusement arcades along Blackpool’s Golden Mile so the chance to play a game, which would have been a staple, is something I lapped up.

‘Avenging Spirit’, like the majority of arcade games from the 90s, has a very simple premise. A man Is killed by a crime syndicate and his girlfriend kidnapped. In a bid to save her, the man’s spirit returns and teams up with the girl’s father, a paranormal researcher, to rescue her. Playing as the spirit, you can inhabit many of the characters you encounter, which gives you the ability to take on their powers and abilities in the process.

Let’s be clear from the outset, ‘Avenging Spirit’ is designed to cash-in on nostalgia and with a low price-point, few gamers are going to be disappointed with what they get. ‘Avenging Spirit’ is a very simple, and relatively easy game, and this reissue pays loving homage to the original arcade cabinet title, complete with pressing down on your joystick to insert a coin so you can try again. It’s touches like that, that ensure an enjoyable nostalgia trip for long-terms gamers.

As with the original, you can play with one or two players, and the game is a classic side-scroller where you can jump up and down platforms, collect items and battle enemies. Despite offering a variety of difficulty settings you’re unlikely to find this very difficult to complete. The game is relatively short, which is a good thing given the gameplay in this modern age soon becomes incredibly repetitive.

You possess a variety of characters, come up against big bosses and travel through blocky landscapes with vibrant colours. The lack of variety of enemies soon becomes apparent but you can forgive that given that the game would have been ground-breaking at the time. There are nice details to note in the landscapes and backdrops too, and I implore you to play the game so you can experience the full-on nostalgia trip I did.

If the gameplay doesn’t take you back then the soundtrack most definitely will. I’d actually forgotten how monotonous game soundtracks used to be but for some reason, I didn’t mind as I worked through ‘Avenging Spirit’. It definitely helped sell the nostalgic experience and took me right back to being a kid with a bag of coins in an arcade.

‘Avenging Spirit’ is for those who loved the original game and want a nostalgia trip. There’s something to be said about how simple games used to be back in the day and while ‘Avenging Spirit’ understandably looks very dated, it’s still an addictive and eye-catching game. I enjoyed revisiting the title and while it probably holds little replay value, I’m glad that I immersed myself back in its world, even if it was for one last time.