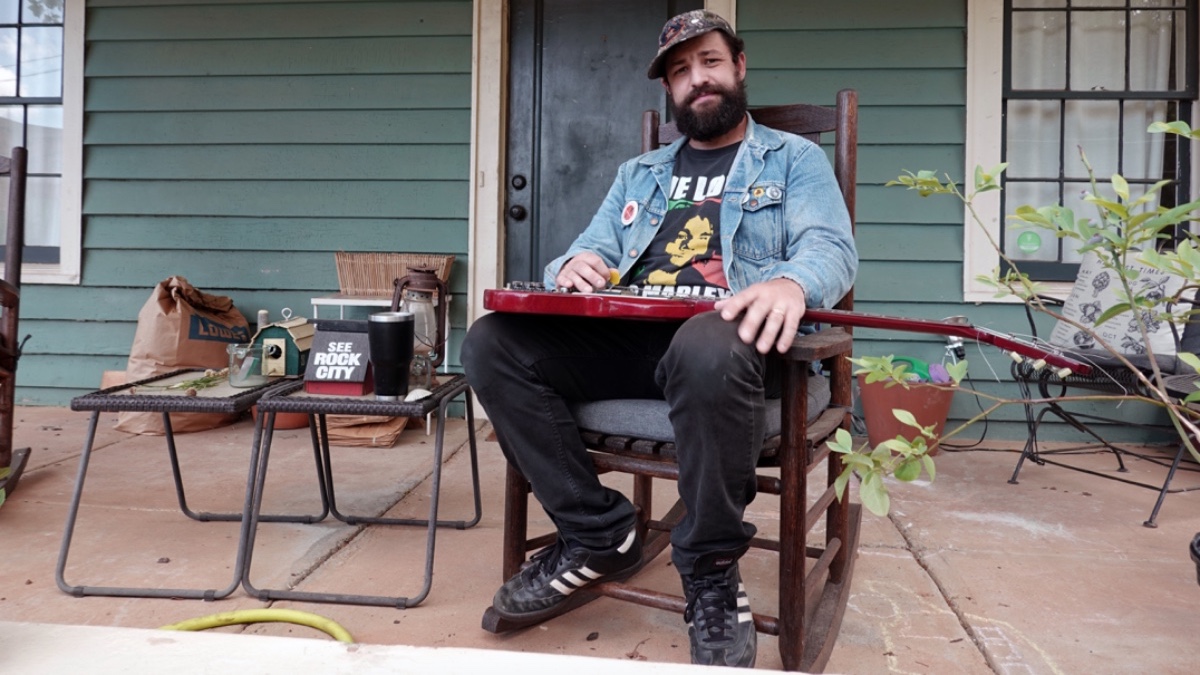 There’s nothing ham-fisted about the approach of Southern rockers Lee Bains & The Glory Fires. They’re very direct, but they’re skillful in what they do. On their new album ‘Old Folks’ their songwriting is direct and clear. You’re never in the dark as to what these songs are about, and you’re never confused about what Bains is singing.

It’s clear this band is influenced by the Drive-By Truckers. You can hear some of Patterson Hood’s distinctive drawl in Lee Bains, who has a similar, albeit smoother voice. It’s a distinctly Southern voice, with a very noticeable Georgia accent. That’s not a bad thing, and it’s not something that Bains backs away from.

That willingness to reclaim the mantle of Southern pride as a vestment for a progressive, populist vision is another thing the Glory Fires have in common with the Drive-By Truckers. On ‘Lizard People’ you can hear the same combination of absurd humor with a sincere critique of conspiracy theory bullshit. The idea of reptile aliens is as crazy as a Jewish conspiracy, or any conspiracy theory.

The cover of this album isn’t subtle, either. It’s a photo of soldiers on the streets of Atlanta, and it’s referenced in ‘The Battle of Atlanta’. In the Civil War, Union General Sherman marched through Georgia, burning the city. The Battle of Alabama became a rallying cry for the Lost Cause,  the idea of the South’s noble struggle against northern oppression. Here, the Glory Fires are reclaiming the idea, choosing to recast Southern identity in the guise of populist resistance to more modern and insidious tyrannies.

There’s a lot of celebration of classic Southern values here. The titular ‘Old Time Folks (Invocation)’ and ‘Benedict’ celebrate the virtues of “downhome, old time folks.” ‘Gentlemen’ blisters at how modern day aristocrats get away with exploitation under a cover of polite society. ‘God’s A-Working, Man’ casts the Almighty in his greatest glory as the one who labored to create the universe, and it says that those whole toil with their sweat and hands to make real things are truly created in his image.”

Lee Bains believes in the nobility found in work, and he cares deeply about the struggles people increasingly face to get through their lives. ‘(In Remembrance of the) 40-Hour Week’ is a tough, compassionate look at how people have to work more and more to get less and less. It’s a strong song, one that Patterson Hood, Mike Cooley, or Steve Earle would’ve been proud to right.

The Glory Fires unabashedly progressive politics, and their choice to put them front and center in their lyrics, mean that that this album is going to rile up some people who disagree with these potions. The craft is strong, but we’ve reached a point where, regardless of the level of craft involved, people are unwilling to give a fair hearing to art when they disagree with the ideas.

With their anthemic rock sound — and all of the songs here rock hard — this is a band that’s suited for bigger stages, but it’s difficult for a band that’s this outspoken to break into the mainstream. If there’s some justice in the world, they will with ‘Old-Time Folks’.

In this article:Lee Bains and the Glory Fires