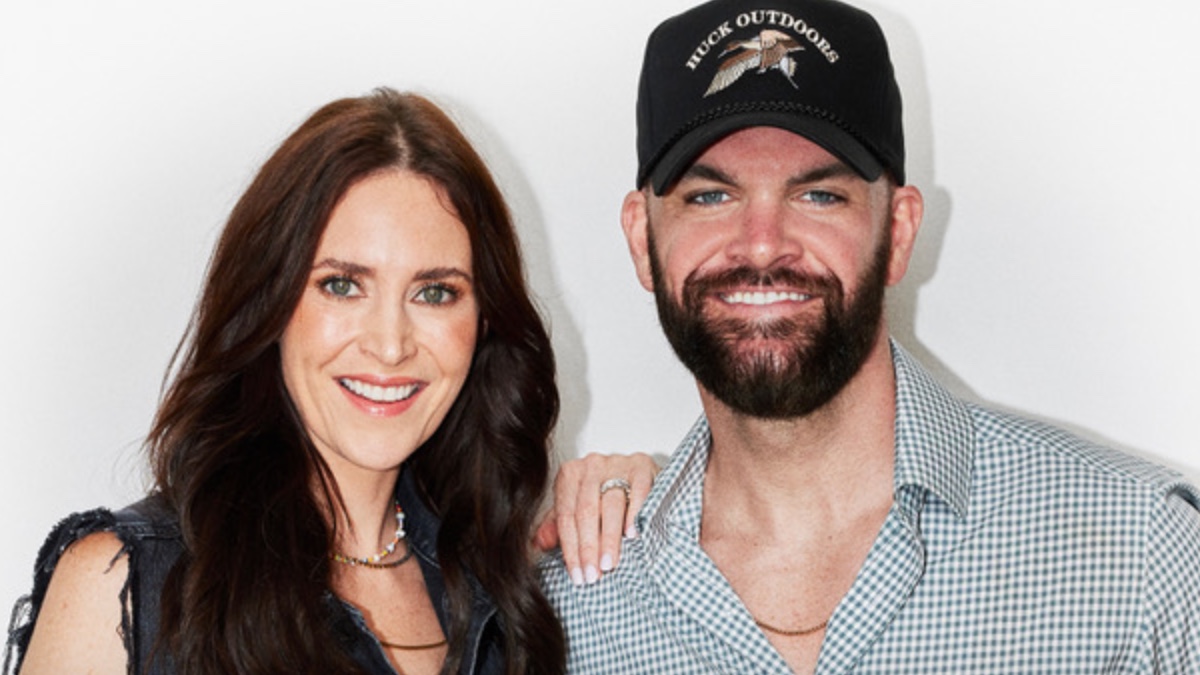 Dylan Scott joins ‘Today’s Country Radio’ with Kelleigh Bannen to talk about overcoming insecurity and how his sophomore album ‘Livin’ My Best Life’ leans into who he truly is. We reviewed ‘Livin’ My Best Life’ and was blown away by how good the album was – you can read that review right here

Tune in and listen to the episode in-full this Friday (August 5th) at 11am PT / 1pm CT / 2pm ET or anytime on-demand at apple.co/_TodaysCountry.

Dylan Scott on the Biggest Difference in His Life Between Now and His First Album
Probably the biggest story is just my personal life. I’m married now. I’ve got a couple of kids. That plays a big role into, obviously, my music, but I’m a totally different artist from the first album to now. When you move to town, you’ve got people in this ear and this ear saying do this and do that and be this and be that. That first album is a lot of trying to find me and trying to please other people at the same time. And so, between that first album and now, obviously, we’ve been touring so much… You see what your fans really want at your live show, and they’re the ones that really craft you, who you are and help you find who you are. And so now, with this album, our second album, it’s like I know who I am. I know what my fans want, and it’s just more me. It’s more who I am.

Dylan Scott on Almost Not Releasing His No. 1 Hit “My Girl”
I almost didn’t record “My Girl,” because I thought it was too personal of what my life was. I thought nobody wants to hear my love story. Nobody wants to see the real me and what I do every day in my life. So, when I put it out, I realized, “Oh, they like this.” People’s coming up to me going, “Oh, I relate to that so much.” I’m like, “Oh wow. I can just be me. I can write and record the music that’s just me.”

Dylan Scott on Recording His Current Single “New Truck”
With “New Truck,” it’s just a great song, and it’s different. It’s written in a way that I’ve never really heard a truck song written. And so, that’s what really captivated me in the beginning. But you talk about cutting outside songs, there’s too many great songs in this town to not cut. First and foremost, I just consider myself a singer and entertainer. I didn’t move to this town to be a songwriter. It’s just happened along the way… I love writing songs, but there are great songwriters in this town. If you overlook their music, it’s like, “Man, what are you doing? You’re shooting yourself in the foot.”

Dylan Scott on “Tough”
Of all the lyrics in the song, it’s crazy. I mean, from the very first line, “Boy, I’ll teach you how to hunt.” I’m a big hunter. I grew up hunting. So, that one caught me. I mean, it’s just, honestly, I love the first chorus when it comes in and it says, “When she walks in, she’ll mess you up, make you wanna learn to dance and go clean out your truck.” Yeah, that’s me. I’ve been there. I’ve done that… [The melody is] so captivating… We started playing it out probably a couple of weeks ago. I don’t ever play a song live before it’s out, which is weird. I know a lot of artists do but I don’t, because I wanted it to be out and people to know it. But I started playing it a couple of weeks ago and people love it.

Dylan Scott on “Static”
I’ve lived “Static.” I didn’t write “Static,” but I’ve lived “Static” growing up in the middle of nowhere in Louisiana, then moving to Nashville, which is… I moved at 19. It was a different city then, but still, it was a big city compared to where I was from. It was like, “Man, get out of the city, find a dirt road, find a back road, hear a little static on the radio.” It’s crazy. “New Truck” and “Static” were written either the same day or the same week at a writer’s retreat by the same writers.

Dylan Scott on the Biggest Change in His Life After Getting Two No. 1 Hits
I guess the biggest thing that changed for me was just more confidence in the business. I mean, it’s another reason to go, “Oh, maybe I am supposed to be here. Maybe I am doing the right thing.” That’s the biggest thing for me, is probably the confidence of getting out and playing shows and not walking on stage going, “Okay. I hope they like me.” It’s like, “No, I’ve had a couple number ones. They’re here for me.”