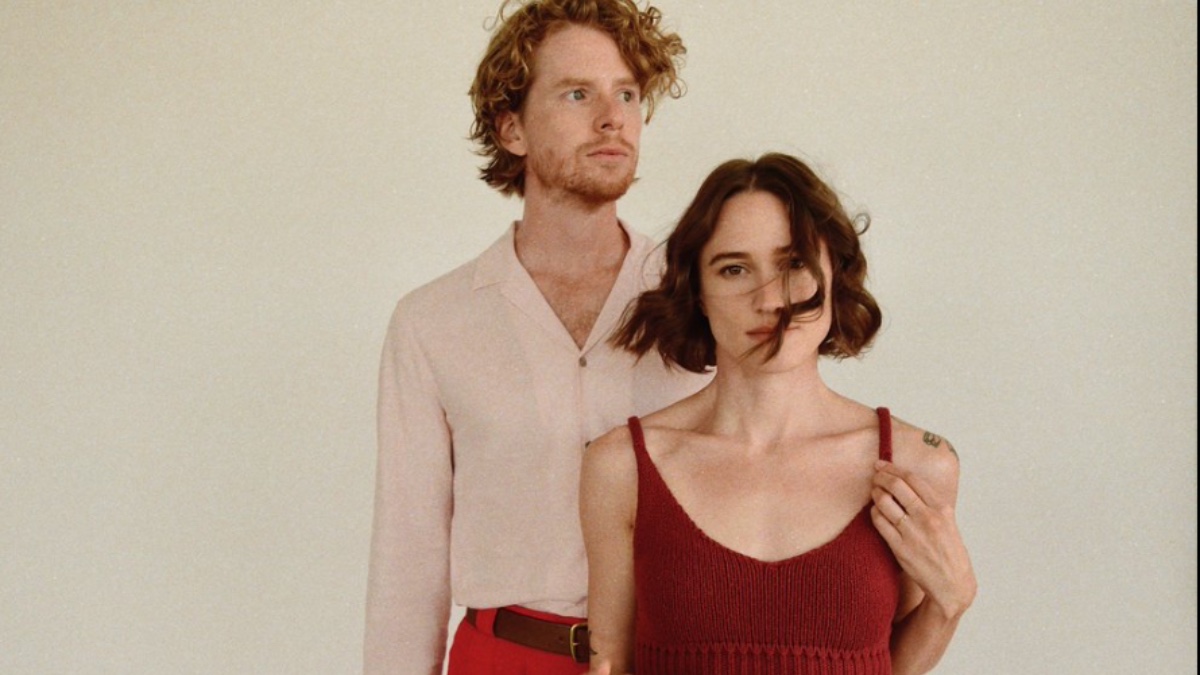 The ‘Clouds’ in the title of the Ballroom Thieves’ fourth LP allude to what hangs over the indie-folk duo of Martin Early and Calin Peters.  It’s their first album after the departure of former band member Devin Mauch. They were forced off the road, and they also went through a major car accident. The resulting album deals honestly with these issues and more — especially mental health — but their light melodies and gentle lyrical touch keep this album from weighing too heavily.

‘Worldender’ is an ominous title for the lead-off track, but the song is surprisingly upbeat and buoyant despite its lyrical content. This balance of lyrical seriousness and melodic playfulness runs through the entire album. This is definitely folk, but it’s folk with a pop sheen. The horns on ‘Trodden’, for example, are bright, playing in major-key notes, and the beat here is very strong. I’m not a great judge of what you can dance to — I am a very poor dancer and rarely attempt it — but you might be able to dance to this and many other songs here. Elsewhere, more traditional folk elements, like banjo, prevail in tracks like ‘Shine’ but it’s not traditional folk.

Mental health is a major theme that runs through several of the songs here. It’s strongest expression is in ‘Shadow’ which includes the line “The pain is just a part of me.” This is an album about accepting and living with mental illness, about not seeing it as something separate from yourself. (In much the same way, I am on the autism spectrum, and it’s not really something I can isolate or extract, but is rather woven throughout the fabric of my personality.) There’s struggle here, to be sure: ‘Lighning”s depiction of a relationship turned to heartbreak is powerful.

On another level, the idea of a storm is a central image and metaphor for this album. This is clearest with ‘Lightning’ and the title track, but these images and ideas recur throughout the album, lending it a degree of cohesion. By their reasoning on track 8, Harry Styles is part of the theme too: the duo considers him “a force of nature.” That may be true, but I’m not really the man’s target audience; he did take Jenny Lewis, who is wonderful, on tour with him, so he clearly has excellent taste.

The harmonies here are excellent, particularly on ‘Borderline’. In their new configuration, they’re doing 2-part, rather than 3-part harmonies. They’ve made this change well, and there aren’t seams in the music here. There’s a lot to like on ‘Clouds’, and I appreciate much of what’s going on but I just didn’t connect with this nearly as much as I have with other albums recently. There have been many extremely strong releases recently, and this one didn’t hit me as hard some of those. If I reviewed this at a different time, I might feel differently. While I enjoyed this album, it’s just not quite as strong as some of those other recent releases but it’s still very much worth your time.