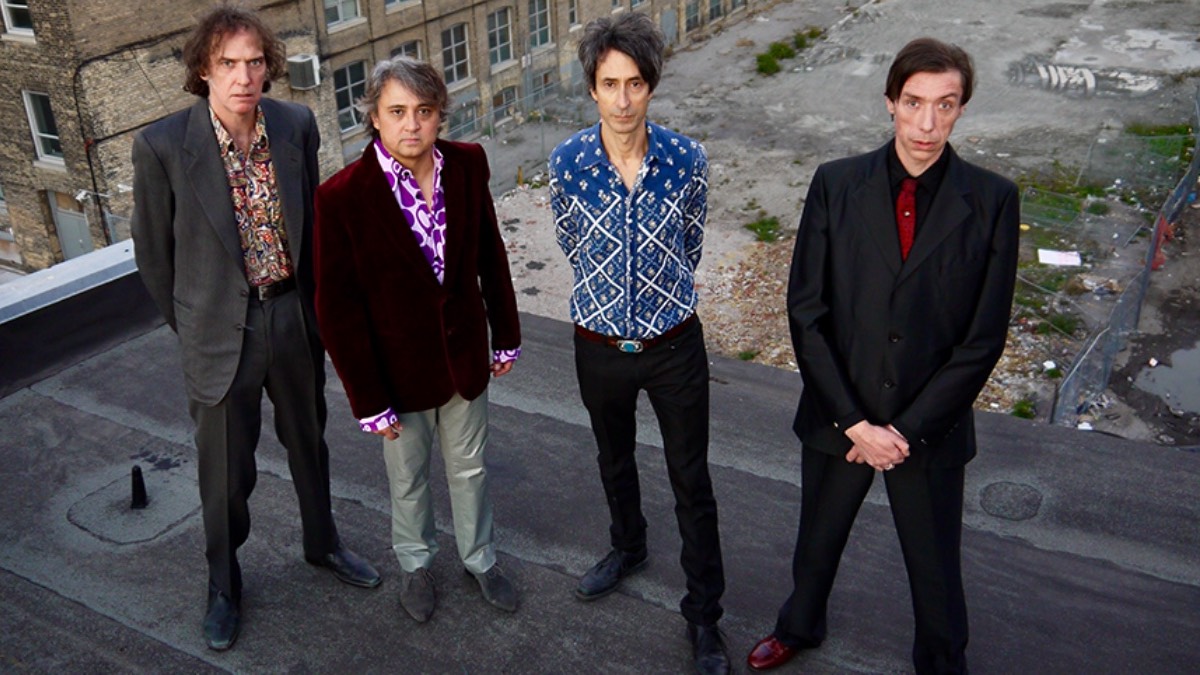 If this review bears at least a structural similarity to others that have been written about the Sadies’ new album, you’ll have to forgive. But the circumstances of its release, following the untimely and unexpected death of guitarist/vocalist Dallas Good in February, demand that they be acknowledged. It’s stunning and sobering when someone only a few years older than myself passes away, especially when there’s no warning that it’s coming. A work of art is not as important as a human life.

‘Colder Streams’ is an amazing work of art, though — the wide acclaimed it has received as the best album by a band that has a lot of good albums is all deserved. Coming from Canada, they’ve never really got the popular acclaim they deserve in the States; they’re one of those bands that’s made their bones as much in Europe as in North America. People who know what’s up though know how good they are, and the list of people they’ve worked with is impressive: John Doe (of X), Neko Case, and the late Gord Downie (The Tragically Hip). Before his death in 2020, the Sadies had plans to make album with Justin Townes Earle, too. (The line “We gave him tough love but it wasn’t enough to fight back against his disease,” in the track ‘More Alone’ references the late singer-songwriter).

What the Sadies do is unique and hard to characterize, blending many strands of music. The lyrics, as on the second track ‘Message to Belial’ are often gothic, dark, and ominous, reflecting Dallas Good’s obsessions with morality and mortality. While there are folk and country sounds blended in here — Travis Good’s banjo on ‘So Far So Few’ and the entirely acoustic title cut. But this is definitely a rock album: there’s some shades of Neil Young in the distorted fuzz on ‘Better Yet’ and penultimate track ‘Ginger Moon’ shows off their ability to play surf rock. The “End Credits,” which are completely instrumental, have some Ennio Morricone flavor to them.

There’s nothing new or especially different about what the Sadies are doing on ‘Colder Streams’. All the elements here have been explored previously in their work. But they’ve never been done quite as well as they are here. Producer Richard Reed Perry (Arcade Fire) has captured the fire of the band’s live performances. Everything here is tight; there’s no fat, and all the songs clock it at under 4 minutes. The entire album runs to barely more than half an hour.

Some of the comments on this album have remarked that it has a certain autumnal quality, and that’s right. There’s something more than a little bit spooky and haunted about this LP, and it’s the sort of thing I might play for a gathering of adults on Halloween. (It’s charm would be lost on kids, and likely on teens as well. This is music that requires more maturity in the listener’s palette and rewards it.)

This album will be Dallas Good’s legacy, and it’s quite a legacy. The Sadies have done a lot of great work, but ‘Colder Streams’ is their apex.

In this article:The Sadies