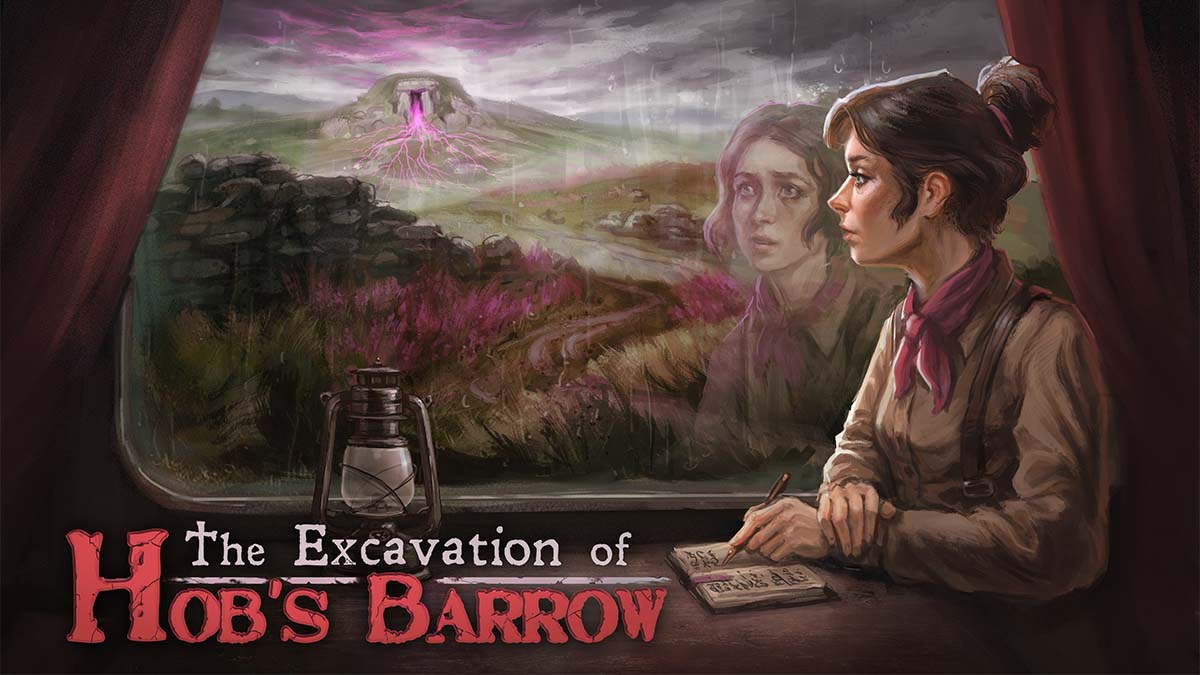 ‘The Excavation of Hob’s Barrow’, developed by Cloak & Dagger Games and published by Wadjet Eye Games, is set for release later this year.

The folk horror adventure is set within the isolated moors of rural Victoria England and it was previously known as ‘Incantamentum’.

Antiquarian Thomasina Bateman is writing a book on the barrows of England, documenting the treasures she finds buried within. When an intriguing letter summons her to the small village of Bewlay, tucked away in the remote countryside, she sets off by train with her assistant a day behind.

Upon her arrival, however, the mysterious man who summoned her is nowhere to be found. Her assistant never arrives. A stubborn landowner refuses access to the barrow, and the locals are wary of this woman who is traveling alone and (gasp!) wears trousers.

The Excavation of Hob’s Barrow is off to a rocky start. And then Thomasina starts having strange dreams…

‘The Excavation of Hob’s Barrow’ will release for PC, Mac, and Linux in 2022.

In this article:The Excavation of Hob's Barrow