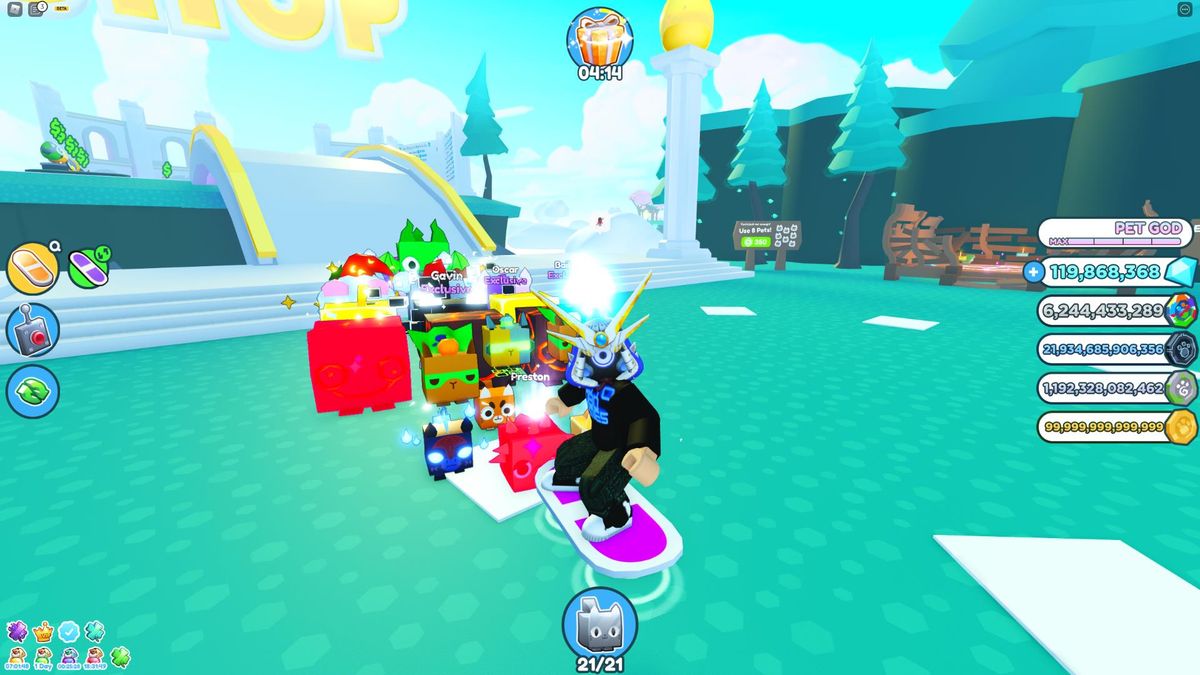 Last Friday saw the release of the eagerly awaited ‘Hardcore Mode’ update in Pet Sim X. It had been months since any decent content was released for the game and players were chomping at the bit for anything new in the game. Finally, it arrived but was it worth the wait?

First the good. If you logged in on the day of the update each player was given an anniversary gift bag which gave you a guaranteed chance of getting an exclusive pet and a minimal chance of getting a huge version of it. There was also a very easy-to-find hoverboard skin. This meant that there were two free items for players which is an excellent start.

Sadly, that’s where the good ends. Given how long it’s been since an update I was expecting more than what is on offer. You see, all hardcore mode offers is the entire game again, with no changes other than you need to hatch an entirely new team of pets to progress through areas you’ve already completed on your first playthrough.

Sure, the hardcore pets now have ‘HC’ written next to their damage value but other than that there is nothing new here, nothing new whatsoever. Personally, I find this insulting, especially when the launch also came with another exclusive egg costing Robux to hatch.

I think I’m still in shock as to how the developers think they can get away with this. The game was already losing players faster than rats fleeing a sinking ship given the lack of new content and to simply offer us the same game again is an absolute joke.

In my opinion, this update is born of a developer in panic mode, who has been spending far too much time creating merchandise to sell in order to further increase their wealth rather than looking after the fans that created this wealth in the first place.

I for one won’t be playing Pet Sim X until there is new content worthy of my time and I urge you to do the same. There are so many great experiences on the Roblox platform but at the moment Pet Sim X isn’t one of them.