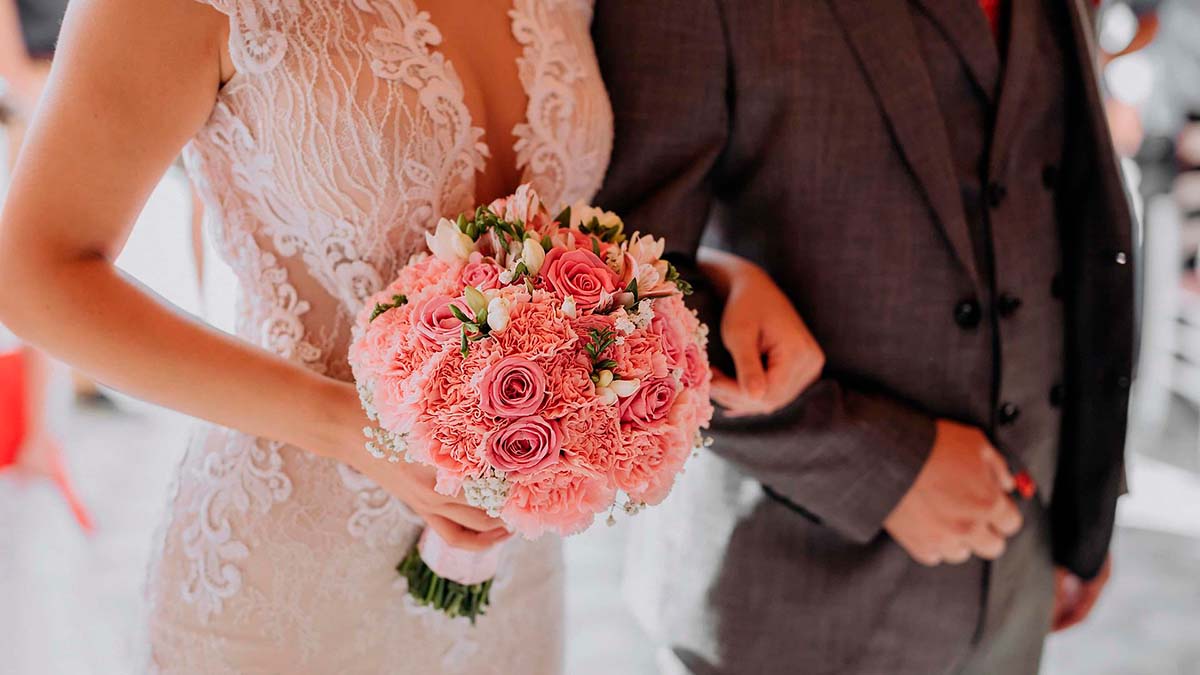 What people want for their weddings is determined by many things.

The choices that their friends and family make, what their favorite celebrities are doing, and the current trends can all affect what people want their weddings to look like. The media influences weddings a lot too, from films and TV to social media. If it’s something that has made an impact in pop culture or society, it can find its way into real people’s weddings, even when it’s fictional.

Media has influenced weddings in multiple ways, including what songs people want to dance to and how they want to theme their weddings.

Not every couple chooses a clear theme for their wedding. But those that do choose a theme will often pick a particular time period within media history or a favorite piece of media to theme their wedding around. It’s popular to choose a theme such as 1950s Hollywood or something similar for a classy wedding. Some couples choose a theme that relates to a favorite book, film, or TV show. This can range from classic literature such as The Great Gatsby to more modern, nerdy options such as Star Wars and even to weird choices like Shrek.

If a piece of media or a certain period in cinema history is meaningful to a couple, they might choose it to help them inspire their wedding planning. Picking such a theme can help couples to choose everything from the venue to their outfits, the menu, decorations, and much more.

Famous Venues from Movies and TV

Some couples are inspired to marry in a certain location due to their favorite movie and TV weddings. They might seek out the exact venue, head to the same city, or just look for a venue that has the same kind of style they’re looking for. For example, getting married in a Scottish castle is something that couples have done in a variety of pieces of media, and it’s easily achievable for many couples.

Many TV and movie weddings take place in venues where it is possible to get married, which means that couples can replicate the scenes and make them their own. These often include venues such as public buildings (courthouses, public libraries), parks, grand hotels, and other places that are accessible to the public. For example, The Plaza Hotel in New York City featured in Bride Wars and is available for weddings. In Bridesmaids, the Los Angeles County Arboretum and Botanic Garden featured and is available for real-life weddings too. Venues don’t have to be used in wedding scenes to become popular destinations, though. Venues that simply feature in a movie or TV show can also attract couples wanting to get married there.

Media can definitely influence the choices couples make when it comes to wedding songs and first dances. Popular songs often feature in movies and on TV shows, and media can also increase the popularity of a song that wasn’t previously in the public consciousness. Songs that have been used in media, whether in romantic or wedding scenes or in other ways. Some of the popular weddings songs from recent years that have come from movies include A Thousand Years by Christina Perri, which was used in one of the Twilight movies, Pink’s A Million Dreams, which was featured on the soundtrack of The Greatest Showman, and Ellie Goulding’s version of How Long Will I Love You from About Time.

Of course, there are some older songs that have remained popular choices for a long time. These include Aerosmith’s I Don’t Want to Miss a Thing from Armageddon and Come What May from Moulin Rouge.

Social media has also had a huge effect on what people today want their weddings to look like. With social media, we not only see the weddings of celebrities, friends, and family, but we can also view the wedding choices of complete strangers who choose to share them online. Some people document their whole planning process and wedding day on social media so that everyone can see it. This means that people’s weddings may be more easily influenced by what they see other people doing. For some, that will mean doing something similar to what they have already seen. For others, it can mean avoiding it at all costs to try and make their wedding unique. People plan their weddings in different ways too, using sites like Pinterest and Instagram to get inspiration and showcase their planning.

Media has influenced modern weddings in many different ways. People will continue to take inspiration from their favorite movies, TV, celebrity weddings, and social media influencers.