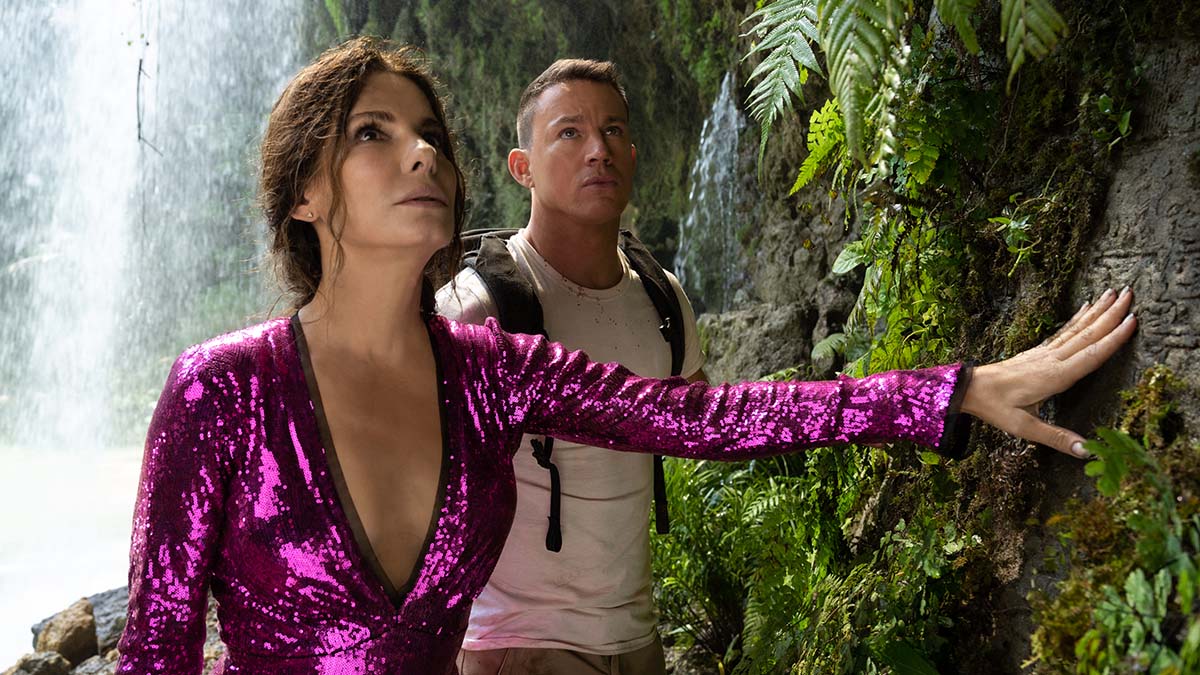 ‘The Lost City’ has been one of the most entertaining films released in 2022 so far and it arrives on 4K Ultra HD, Blu-ray and DVD from Monday (25th July).

To celebrate the film’s release, we’ve got a clip of stars Sandra Bullock and Channing Tatum talking about the infamous leeches scene that has had audiences talking for months.

In the hilarious clip Tatum opens up about what it was like to have fake leeches glued to his backside while Bullock explains how she managed to keep a straight face and behave professionally while shooting the scene.

Watch the clip at the top of the article.

Loretta Sage’s (Sandra Bullock) novels are filled with ancient tombs and daring adventures, but that doesn’t mean she’s prepared for them in real life. When she is kidnapped by an eccentric billionaire (Daniel Radcliffe) to locate a legendary lost city, Loretta’s handsome cover model, Alan (Channing Tatum), sets off on a heroic but hapless rescue mission. Thrust into an epic thrill-ride through the jungle, the unlikely pair must work together to survive the elements, and survive each other, to find the city’s fabled treasure before it’s lost forever.

‘The Lost City’ is available to Download & Keep now, and will be released on 4K Ultra HD, Blu-ray and DVD on Monday 25th July 2022.

In this article:Channing Tatum, Featured, Sandra Bullock, The Lost City