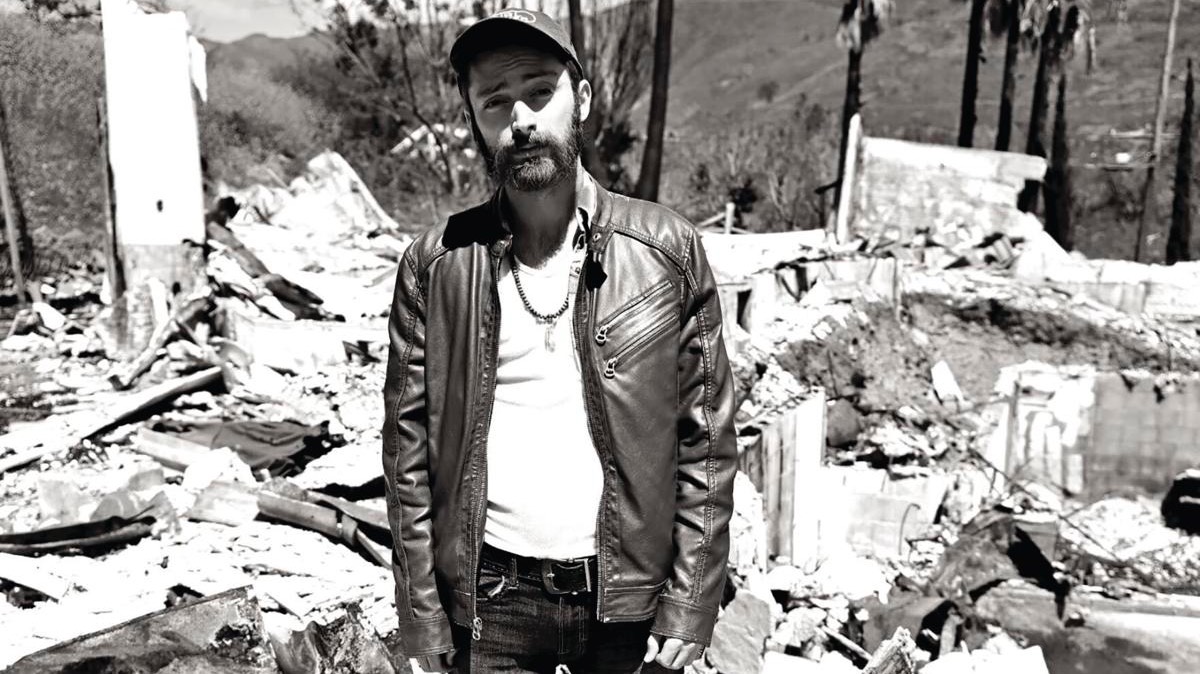 There’s still some of the blues in Jonah Tolchin’s new album ‘Lava Lamp’ but not a lot of it. He’s made a pretty strong move toward solid alt-rock territory, full of fuzzed out, distorted guitars, and plenty of psychedelic touches. The subject matter on the songs leans pretty hard into garage rock weirdness, and sometimes it’s not clear what he’s going for. The album-closer, ‘Wooden Leg’ made me ask what I’d just heard. But, at least in the case of this song, that seems to be the point — the weirdness of the song is it’s raison d’etre.

The second track, ‘Car You Drive’ had a more serious problem in that I didn’t understand what Tolchin was trying to accomplish. The chorus of the song is, “Love you for the car you drive.” This is not a statement one puts in a song sincerely, but it’s not clear what Tolchin is doing with it. This is not a song he wrote himself, and I’m not sure that, in covering it, Tolchin has entirely figured out for himself what he wants to say here. There’s a cool sound and a vibe to the music, there’s no questioning that, but I don’t understand what point Tolchin is trying to make with the the lyrics.

The album’s penultimate cut, ‘Bridge’ is its strongest. Tolchin allows himself to be honest and sincere here. He directly expresses a real emotion through the metaphor of a concrete image, which is a pretty solid way to build a song. Too many of the songs feel like Tolchin is piling on nonsense to hide himself, but here, he is revealing himself.

It’s telling that, in the press materials, Jonah mentions he wrote ‘Lava Lamp’ as a joke. Here’s a secret about writing jokes: you don’t write a good joke as a joke. I’m distinguishing between the sense of joke as humor and the sense of joke as not being serious, and those are two very different things. I wouldn’t call this material especially funny, but it does make sense to me when he says that he is joking.

Some of the weird stuff here does stick. The duology of ‘Oklahoma’ and ‘Aliens’ with its weird, wild, southern outlaw, drugged out, sci-fi thing, is a lot of fun. It’s one of the highlights of the album. Conversely, some of the more grounded stuff doesn’t quite take off; ‘Never Giving Up’ doesn’t seem to have much to say that wasn’t already said by Bruce Springsteen, Tom Petty, and others.

Working with a tight, three-man unit here, the sound pulled off is fantastic, and it often lifts the songs above the lyrics. As a guitar player, especially on electric, Tolchin is continuing to make strides and does some terrific work here.

This album isn’t shy about being what it is. It goes hard into trippy alt-rock territory, and it’s not meant to appeal to everyone’s taste. I’m likely not the center of the audience for this, and it’s likely that core audience will have a different opinion of this album from me.