Winchester, UK born but with Chilean and Peruvian roots, Attawalpa is delving heavily into his own music after performing alongside Jamie T and founding his own record label Young Turks. His music is a blend of rock, groove and even disco and I sat down with him at the Hyde Park BST show to discuss his influences, how married life is treating him and why music videos are so great.

Hey Luis, thanks for sitting down with me today.  How are you?

I’m really good man. I’m just acclimatising to this reality that we’re about to play a show and the Stones are playing a show later!

It’s pretty exciting. Did you ever think you’d come to a point where you’re playing and supporting the Rolling Stones?

Honestly, why not? (laughs) Like…no but you shouldn’t be closed to any ideas. It cramps your manifestations. I’m feeling really good about it and I’m definitely excited to play some new songs. We just finished an album so we’re playing some of those songs and yeah, just excited to be here alongside such a great lineup.

For those who don’t know too much about you, could you sum up a little of who you are because you’ve got a really interesting personal history. Born in Winchester but with Peruvian and Chilean roots.

Yeah, I lived in Chile, and my mom’s Peruvian. That’s where the name Attawalpa comes from. I was named after the Inca king before the Spanish invaded in the 1520s, 500 years ago.

What would your class your music as?

I was just talking to someone from Dream Wife about this actually. They asked if we were rock band and I think rock has weird connotations. It is rock music but there’s a groove to it. So you can, you know, cry to it, you can have sex to it. You can have sex and cry to it (laughs). I think that sex and a sense of humour has left rock music. It’s become a bit serious. Lyrically, the music is very honest to my experiences and production wise, it’s just me and Matt (Auction) trying to make it as groovy and fun as possible. Tasty.

Your Mum was a painter. Would you say you got a lot of creative juice from your family?

Yeah, definitely. Growing up, my Mum was a very shy and withdrawn person, but I would sit with her whilst she painted for hours. I think I learned a lot about commitment and putting your 10,000 hours in from watching her work.

Would you see her personality change as she worked on her passion?
Yeah, definitely. She says she does it to stay sane and I think that if I didn’t have music, I don’t know whether I’d be here.

Having lived in South America and with your parents being from there, do you think those influences has come into your music as well?

Yeah, my mom’s cousin was called Felipe Risa Patron and he played guitar in ‘Traffic Sounds’ which was a garage rock band from Lima from 70s. There was a big influx of The Kinks and The Rolling Stones. I remember listening to a compilation when I was 18 or 19 and thinking, ‘oh, that’s really cool’ because everything before that was very folk orientated, which I also really love but I still play guitar with a plectrum. I’m not very good on the nylon string. So I more go towards, inspiration wise, like Nirvana and stuff like that, like the punk rocker sort of thing. Just getting up and doing it.

Is there one thing in particular that you would say that you miss about Peru and Chile.

My family. My cousins, Uncles and Aunties. The landscapes…and the weather…and the food…and the culture. We have culture in Europe but it’s just a bit more magical, I think in South America.

I’ve done a bit of travelling across Guatemala and Belize and the culture that is years old is still very much alive.

I think in Britain, we’ve got a real stick up our arse, you know. We don’t admit that we started slavery. We tend to act liberal and we don’t really look at our past and we don’t really learn from our mistakes. I think with the Incan culture, there’s still tribes in the Amazon jungle that we probably don’t know about that are just more connected to the earth. Maybe we have that here, maybe in Somerset there’s a few hippies (laughs). I think when I started writing songs under the name of Attawalpa, it became almost a power. I’d get bullied at school for my name.

Let’s talk music then. Your new single only came out last month. It’s rocky, groovy, some disco elements in there.

‘Too Much’ is a song about as a man, not really being in touch or owning or holding down my feelings. When you find the right person, the first thing I do and I speak for myself but I make excuses as to why it won’t work. You can put that towards anything; any job interview or even where to order Deliveroo from in that moment (laughs). So, it was kind of that, which is a tough thing, lyrically, and it can be sad, but the music I just wanted to be really happy. I want people to be able to dance and shake their booties. There’s two songs on the record that are live recorded, just acoustic songs that I wrote on the guitar, I didn’t really produce up or change but everything else is going with the mantra of trying to make it bounce. The record should be fun There’s so much awful s**t going on in the world. Let’s just try and have fun.

You released ‘Patterns’ in 2021, a pandemic record with five songs which each got their own video.

Yeah, I went a bit mad with the videos over lockdown. I kind of wish I’d saved my money (laughs). In my head it was a record called ‘Spells and Patterns’ but I realised no-one knew who I was and I barely knew who I was at that point. I wanted to release everything individually as singles and then do it as two EP’s. One day I’d like to put the whole thing on wax. That’d be great. But I’m a kid of the MTV generation and music videos and I discovered a lot of music like that. So naturally, I want to put visuals to songs and I feel like every song is its own thing. Working with a different director every time for each song sort of opens up the dimension from that world to another one. It’s fun, you know?

I grew up watching MTV, Kerrang and Scuzz and when I hear Evanescance or Bowling For Soup, I automatically see the videos play in my mind.

We were talking about Spike Jones and Michel Gondry the other day and that ‘Far Side’ video when he got them all to learn the rap phonetically backwards and then reverse it. It’s such a simple and yet complicated idea to pull it off but nowadays you have a grand, what can we do? The pandemic brought a lot of awesome opportunities to me though. The video for ‘Done Hanging On’, the song that opens ‘Patterns’, we worked on with Alex Gamsu Jenkins and Joe Taylor, who are two amazing animators. They just made an incredible animation Video. Same thing with ‘Yellow Fingers’, as Sebastian Strasser and Emma Chitty made an incredible video for it where we were turned into like a GTA character.

You’re newly married to Lena Dunham and she worked on these videos with you. How is to work alongside your wife?

She’s a genius so it’s very educational, soothing, calm and beautiful. We did that video for ‘Tucked In Tight’ a month into our relationship or two months into our relationship. Most of my exes never really got along with the fact that I was best friends with my ex of eight years, Emma. But Lena was like, ‘let’s get her on as creative director and mood boarder’ and we shot this video in Shropshire in a graveyard. The video is basically about the internet eating me. It’s a comment on internet dating and #lovegoals. The video is about a guy swiping right and having this girl follow him around doing really sweet things and then another hand pops up and then another one.

Lena has got two movies coming out this year and I worked on the music for both of them so that was another aspect of working with her. We basically both want to work on stuff that feels honest and that we believe in.

So married life is treating you pretty well then?

Really well. I mean, my creative life too. Matt Auction, who’s playing bass for us today, we get along really well. I thought being in a studio and writing was all about arguing and disagreements and the person who has the most rights wins or the person that wants to give up loses. With Matt though, it’s just like, ‘what do you want to do here?’ Maybe it’s because I’ve become more focused on what I want to say. I don’t know but it’s all flowing together quite nicely.

You’ve worked with with Jaagger before on a song. How does it feel to see him up there and realise that you’re behind him? You’re on the same bill and you’ve worked together.

I mean, I’ve always been behind them because I grew up listening to him. ‘Flowers’ was one of the first CD’s I had and then once I got more into music, it was ‘Exile On Main Street’ and ‘Let It Bleed’ and ‘Sticky Fingers’. They’re amazing. It’s just like the perfect painting of what groove rock and roll should sound like. It was amazing to work on his and Martin Scorsese’s TV show and write that song with him and Jimmy and the other guys in the band.

What advice would you give to aspiring musicians because you’ve been in the industry a while, playing with Jamie T, starting up Young Turks, all sorts of stuff.

Don’t give up and don’t get tangled up in social media. Yeah. Write some songs that you’re proud of and everything else will follow.

A few little plans. Lena’s movie is coming out in July which Matt (Auction) and I did the score for. I’ve got a single coming in July called ‘Ignore The Pollution’, another couple of singles and then I’ll be announcing an album, which is coming out later in the year. I also did the soundtrack with Matt (Auction) for another of Lena’s movies called ‘Catherine, Called Birdie’, which is a medieval coming of age movie.

Awesome, thanks for your time today Luis.

Appreciate you so much. So nice to meet you. 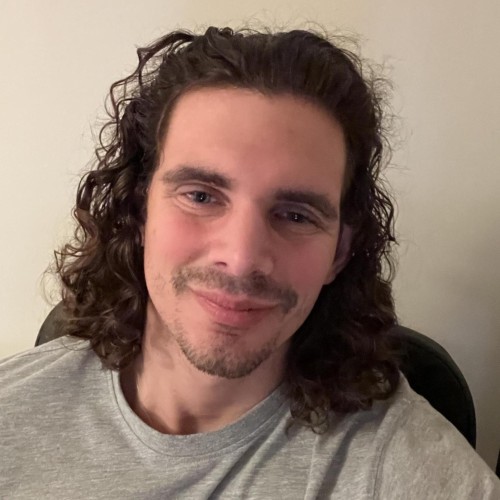