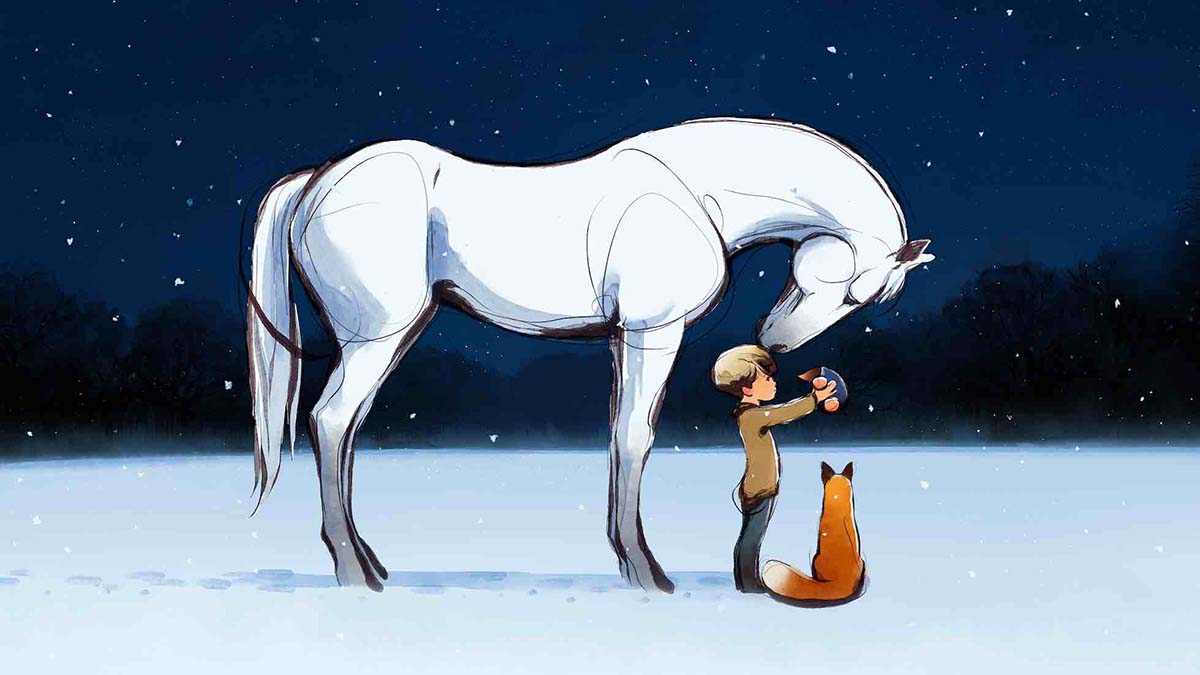 Charlie Mackesy’s best-selling illustrated book ‘The Boy, The Mole, The Fox and The Horse’ is coming to BBC One and iPlayer as an animated short film this Christmas.

The short film brings to life the magic of the original book – with Mackesy’s distinctive illustrations reimagined in full colour with hand-drawn traditional animation.

‘The Boy, the Mole, the Fox and the Horse’ takes audiences of all ages on an extraordinary, poignant and heartfelt journey this festive season, as the deeply resonating story follows the unlikely friendship of a boy, a mole, a fox and a horse as they journey together in the boy’s search for home.

Breathing life into the book’s protagonists is an award-winning cast of actors including Tom Hollander as ‘the mole’, Idris Elba OBE as ‘the fox’, Gabriel Byrne as ‘the horse’ and newcomer Jude Coward Nicoll as ‘the boy’.

On bringing the project to screens, creator Mackesy said: “The journey of making the film of ‘The Boy, the Mole, the Fox and the Horse’ with my ridiculously talented and kind animation team has been a magical one. It’s so great to think the story will be in the nation’s homes this Christmas – and I really hope it helps bring comfort, love and laughter.”

Charlotte Moore, BBC Chief Content Officer said: “Charlie Mackesy’s heart-warming and inspirational story brought to life through NoneMore Productions’ and Bad Robot Productions’ beautiful animation, is about the importance of love, kindness and friendship. It’s the perfect fit for Christmas on the BBC and a reminder to us all about what really matters in this world.”

A Matthew Freud production of a Charlie Mackesy film, produced by Cara Speller of NoneMore Productions and J.J. Abrams and Hannah Minghella of Bad Robot Productions. Co-directed by Charlie Mackesy and Peter Baynton, the film is adapted from the original book in collaboration with Jon Croker.

The film features an original score by composer Isobel Waller-Bridge, performed by the BBC Concert Orchestra and conducted by Geoff Alexander.

In this article:BBC One, The Boy The Mole The Fox and The Horse