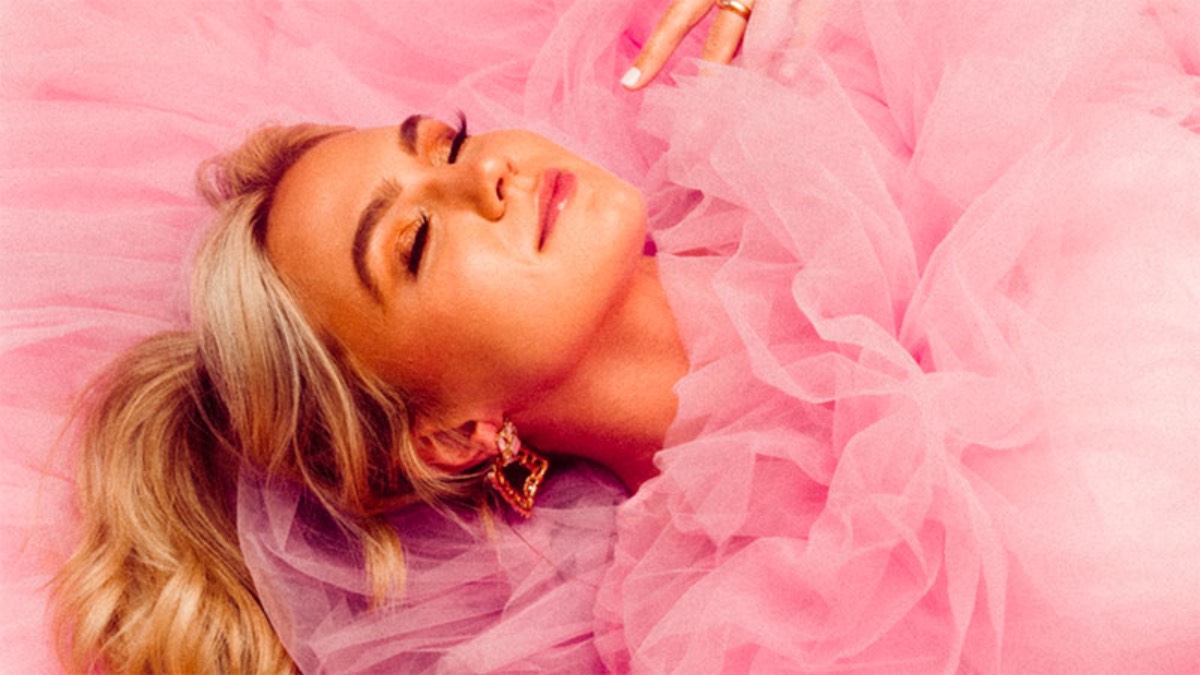 Growing up in Dawsonville, Georgia, Peytan Porter always believed her singing would take her somewhere else. It did: She moved to Nashville in 2016 to attend Lipscomb University and started writing and co-writing. After breaking out on TikTok during the pandemic Porter signed her first deal as a joint venture with Jody Williams Songs and Warner Chappell Music. If the high expectations surrounding her debut release feel daunting, Porter isn’t letting on. “I finally get to share what I’ve been working on for the past five years,” she says. “I feel like these songs have helped me get through a lot during the past few seasons of my life.” She recently played CMAFest for the first time, opening up for Chris Janson at the Ascend Amphitheatre and now she is releasing ‘In My Head’ on Friday June 24th.

One listen to the the project left me absolutely convinced that we have an emerging artist of real worth and potential here in Peytan Porter. Great Country artists are able to walk that fine line between intelligence, emotion and melody and whilst some specialise in the latter at the expense of the other disciplines for the sake of hits and radio play, Peytan Porter can do all three with ease. There’s an intelligence to the songs on ‘In My Head’ that is rare to find. Sure, there are melodies all over the place and songs like ‘Why We Broke Up’ could dominate the radio but it is the songwriting, the stories and the things Porter has to say about relationships, the world and life in general that make ‘In My Head’ an incredibly strong debut release.

‘In My Head’ opens with the aforementioned, ‘Why We Broke Up’ which is very much a Pop / Country anthem in the style of Taylor Swift circa ‘Fearless’ or ‘Speak Now’ era. Bombastic drums and slick, powerful vocals tell a very honest story of weakness and doubt, which is a highlight of many of the tracks on this intriguing album.

‘You Go Girl’ follows in the same vein. ‘He’s damn near perfect,’ Porter sings, ‘could be the one but you’ll never know if you always run.’ ‘You Go Girl’ is a gentle, ephemeral modern Country / Pop ballad with something really interesting and unique to say about self sabotage that you don’t often hear from female artists. It also helps that it’s catchy as hell too. The title track, ‘In My Head’ is cut from the same cloth. This one is dripping in funky, Maren Morris style vibes as Porter cycles through all the reasons and excuses as to why the guy hasn’t called her back yet. Is she making up excuses or has she got herself tangled up in love with an unreliable man-boy? Listen to the elongated outro phone call and make up your own mind. This song, like many of the others on this release, sit at the intersection where intelligence meets melody, similar to artists like Taylor Swift, where even when they are being flippant and fluffy in songs, you know damn well there’s a cleverness behind the scenes that enables them to create such art.

‘Therapy’ and ‘Someone’s Love Song’ add to the gravitas whilst layering on the melodies too. The former is a big self-help, empowerment song driven forward by big drums and Porter’s vocals. You can hear the healing taking place line by line as Porter takes us through that post-break up stage whilst ‘Someone’s Love Song’, a song which possibly has the cleverest lyrics on ‘In My Head’, is full of Bluesy guitars and late night, hotel bar feels. Taylor Swift would have killed for a song this classy earlier in her career and the number of music metaphors is where the intelligence lies here as Porter makes you want to think and dance at the same time.

‘In My Head’ is rounded off with a couple of incredibly strong tracks that seem to sit in their own little space surrounded by the self-doubt and empowerment messages. ‘Champagne Problems’ (co-written with one of our favourite people, Kenny Foster) is a light-hearted track, part Swift, part Jason Mraz with its jangly, chilled out vibes. It explodes in a melodic chorus as Porter, sassily, pokes fun at the problems people perceive that they have in life whilst simultaneously managing to be a little secret drinking song on the side. ‘First Stone’, meanwhile, is the beating heart and soul of ‘In My Head’. The first verse carries an acoustic guitar line and some serious Miranda Lambert influences as Porter encourages people to ‘quit trying to be right and be a little more nice.’ The song addresses cancel culture, social media and celebrity / small-town gossip. Have ‘a little less opinion and a little more grace,’ she exclaims on this song that has a real melodic Country sound.

That place where melody and meaning collide is the place that all Country artists search for. Some Country fans want to think, some want to dance and some want to drink. How do you release a body of work that encapsulates all those disparate desires? Peytan Porter has nailed it on her first release. It’s going to be an exciting ride watching her evolve and develop over the next few years but I can only say that if this is what she has come out of the traps with upfront as a debut offering, the future is going to be really bright for this exciting artist.