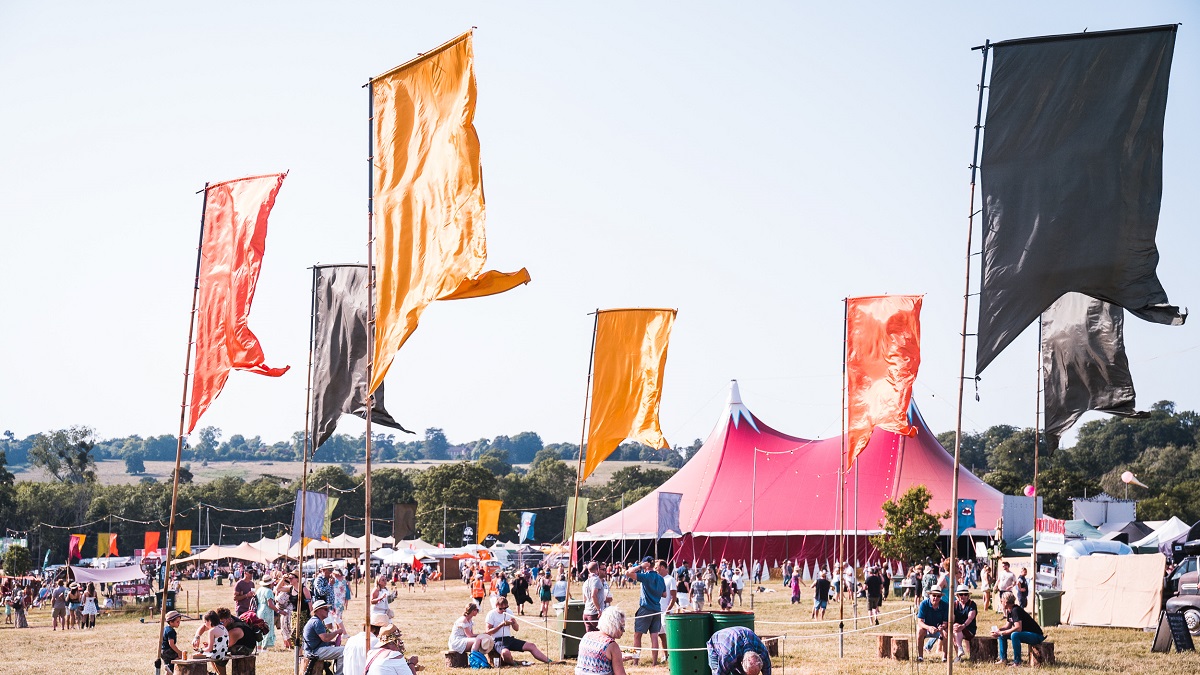 After two years away, this weekend saw the return of Black Deer Festival to Eridge Park near Tunbridge Wells in Kent – and what a weekend it was! There was truly something for everyone across the three days, with the best of UK and international Americana and country music showcased alongside barbecue demonstrations, whisky tastings and family entertainment too.

Whilst headliners Van Morrison, Wilco, The Waterboys and James wowed on the main stage, there was still plenty going on elsewhere on the site – so today we’re turning our focus to some of the acts you might have missed from the festival. Read on to find out more…

Not many people would bring a string quartet to a festival, but then Declan O’Rourke isn’t most people. The Irish singer-songwriter wowed the Ridge tent on the Saturday afternoon with a selection of tracks from his latest record ‘Arrivals’ – including leading a crowd singalong on ‘Have You Not Heard The War Is Over’ and a moving performance of ‘The Stars Over Kinvarra’ – as well as highlighting his storytelling skills on the likes of ‘Sarah’ and ‘Poor Boy’s Shoes’, a heartbreaking tale of the Irish famine. If you like your storytelling with a side of social history and a touch of wry humour, then I’d highly recommend him.

Saturday at Black Deer might have been slightly marred by the rain, but that didn’t stop Darlingside delivering a gorgeous performance on the main stage on the Saturday afternoon. The Massachusetts quartet delivered a beautiful set filled with lush harmonies, incredible musicianship and plenty of banter between the four of them as they played tracks from their latest album, ‘Fish Pond Fish’, along with fan favourites like ‘Old Friend’ and ‘Hold Your Head Up High’. It was a dreamy way to spend an hour – and they even made the sun come out midway through!

Bristolian Lady Nade is one of the most popular faces on the UK Americana scene, and she played two sets across the weekend at Black Deer. I was lucky enough to catch her at the songwriter’s session on the Saturday. Her voice has incredible depth and richness, which she highlighted on the moving Wildfire – a tribute to her late grandfather – Complicated, and the body positivity anthem Ain’t One Thing. She hit some incredible notes throughout and I’m definitely going to be digging deeper into her music in future.

If you’ve been living under a rock for the past few years and haven’t heard of Kezia Gill, then she should definitely be on your radar after her performances at Black Deer Festival. As well as a rollicking, rock and roll set at Haley’s Bar, she also showed off her versatility at the Saturday songwriter’s session, where she showed off her versatility and amazing vocal power on the likes of ‘Country Song’, ‘Dear Me’ and ‘Girl Of Your Dreams’ (plus a duet with Cam on ‘Diane’ to boot!). With a slew of awards under her belt and an autumn UK tour that’s already selling out venues around the country, she’s definitely one to watch.

Originially from Virginia but now based in Nashville, Caroline Spence provided a stunning start to the festival with her delicate, gentle acoustic performance on the Ridge stage on Friday afternoon. You really feel the emotion in every word she sings, and she also highlighted her gorgeous clear tones and storytelling skills on songs like ‘Mint Condition’, ‘Hotel Amarillo’ and ‘True North’, the title track from her latest album. It was an absolutely perfect way to kick off the weekend and a performance that will linger long in my memory.

Yes you read that right – gospel at an Americana festival, and proof that Black Deer really does offer something for everyone. Powerhouse Gospel Choir took the Ridge tent to church on the Sunday morning with their Gospel Brunch set, encouraging the crowd to clap and sing along throughout whilst also wowing with moving renditions of staples such as Amazing Grace. They were a huge hit with attendees back in 2019 and on the strength of this performance I can see why they were invited back – it was truly a moment to lift the spirits.

There were so many more artists I could have included in this piece – Police Dog Hogan, The War and Treaty, Eddy Smith and the 507, Treetop Flyers and the Felice Brothers, to name just a few (and my personal highlight of the weekend: Get Cape. Wear Cape. Fly playing ‘Chronicles of a Bohemian Teenager’ in full, which took me right back to being 19 again). But I hope this has shown the range of what’s on offer at Black Deer, and hopefully encouraged you to go next year…