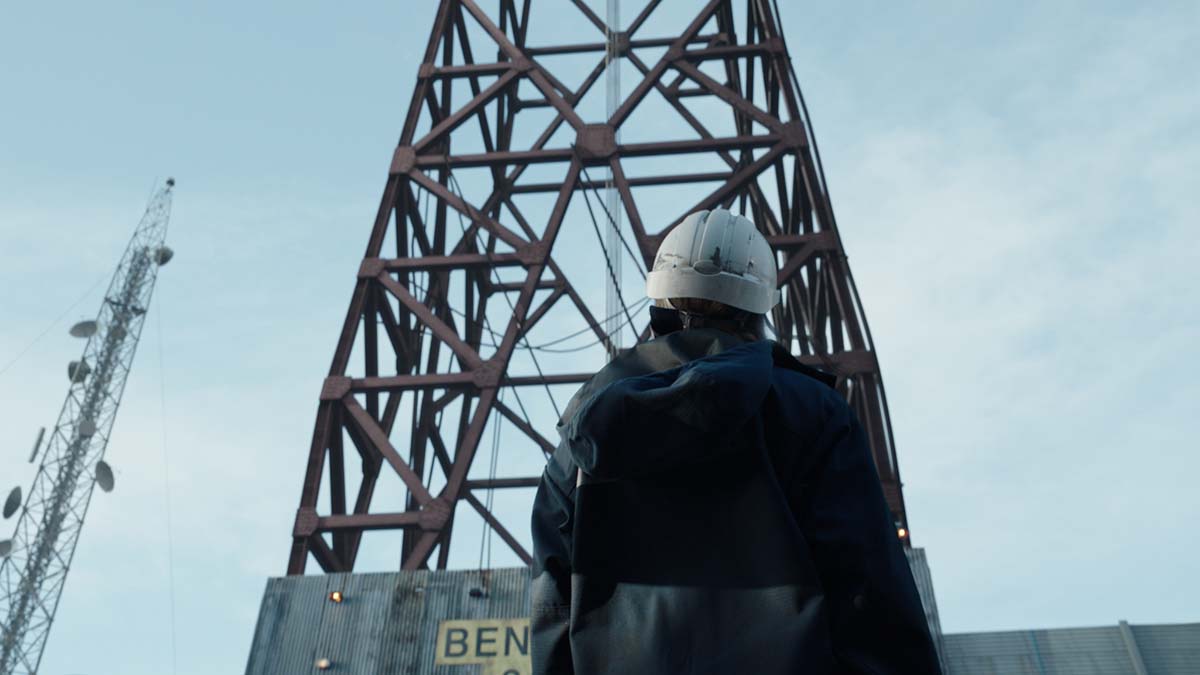 It’s just before Christmas, and the death of a worker on an oil rig results in damage regulator Andrea (played by Irish actor, Catherine Walker, who you may recognise from ‘Shetland’, ‘Versailles’ and ‘The Deceived’) being helicoptered out to investigate, much to the chagrin of her husband.

Under pressure from Benthos Oil to come back with a swift, non-controversial conclusion, Andrea gets a hostile reception from the majority of the workers on the rig, who seem reluctant to cooperate – not least, Douglas, a short-tempered Scot who has taken a particular dislike to Andrea. Douglas is played by the excellent Gary Lewis, who has been in ‘The Bay’, ‘Vigil’, ‘Outlander’, ‘Silent Witness’ and much, much more.

It doesn’t take long for Andrea to become suspicious that the death might have been anything but an accident. And when she herself is attacked, it becomes clear that there is something far more sinister going on.

Despite her bosses wish for a swift conclusion, a further incident and the impending arrival of a hurricane, means Andrea is stuck in the middle of the sea with a murderer and no means of escape.

As you can probably work out from the name of the actors involved, this bucks the normal Walter Presents trend by being almost entirely in English – no subtitles required. So, for those of you who find subtitles distracting, there’s no excuse not to give this a go. The reason it’s part of Walter’s stable is probably because the show is mostly of Nordic origin (production companies Mopar Media and Viaplay both Scandinavian; the writers Ola Norén and Roland Ulvselius are Swedes, too).

There’s a pleasing simplicity about this type of story – it’s a throwback to traditional murder mysteries of the Golden Age of crime writing, where a murder occurs and there’s a limited cast of protagonists in an isolated location (a country house or steam train, for example). If you enjoy that sort of whodunnit, you might find this to your taste.

However, there are some credibility issues that left me scratching my head. For example, surely with weather forecasting these days, they would have known a hurricane was coming well in advance, rather than stranding the hapless Andrea with a bunch of unfriendly oil workers? And would her bosses really send a lone investigator under such circumstances anyway?

The dialogue seemed unrealistic at times, too; and some of the characters were stereotypical and somewhat improbable. But it’s a strong cast – Lewis and Walker I’ve already mentioned, but also Søren Malling (‘The Killing”, Borgen’) and David Dencik (films such as ‘Tinker Tailor Soldier Spy’ and ‘No Time To Die’), so despite my reservations, there’s lots to like, too.

If you find subtitles difficult to cope with, and you enjoy this sort of thriller with a limited pool of potential killers and victims, give this a go.

Walter Presents: ‘Rig 45: Murder at Sea’ airs from 24th June on More 4 at 9pm. The full box set will be available on Walter Presents via All 4 after transmission of first episode.

In this article:Rig 45: Murder at Sea, Walter Presents