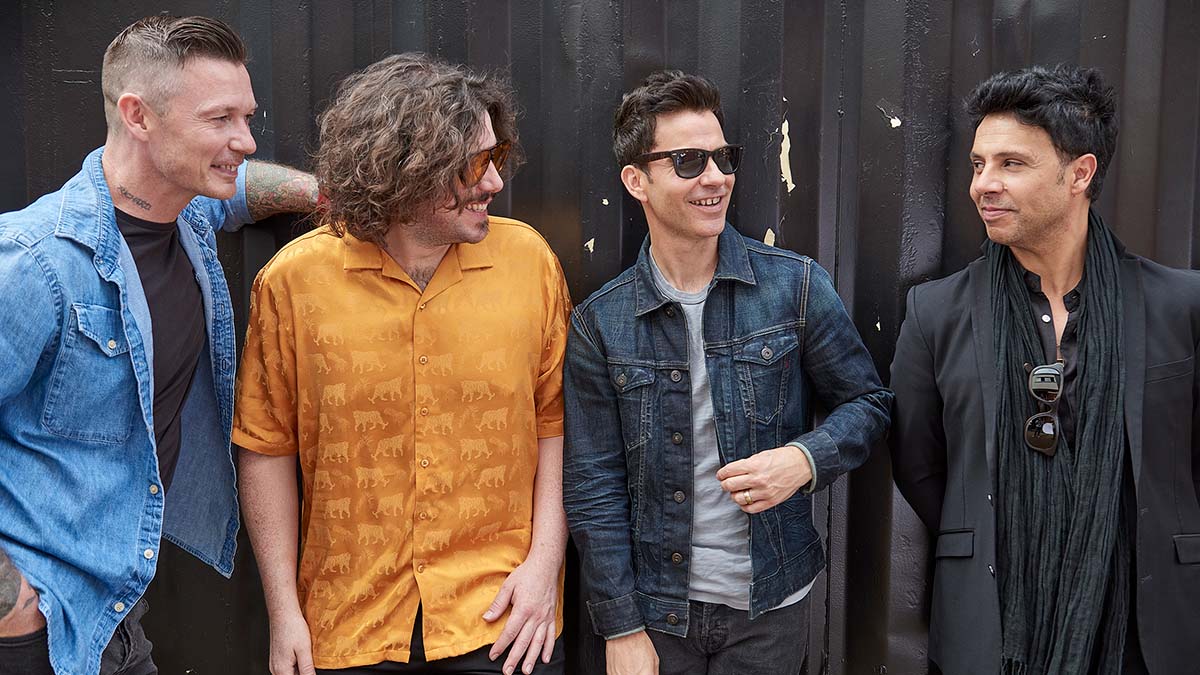 Iconic musician Sir Tom Jones took to the stage just after 6pm and played twelve songs, and an encore, including hits ‘It’s Not Unusual’, ‘Delilah’ and ‘Kiss’, and country/blues tracks from his recent number one albums, over a 90 minute set.

Time for a quick penny (no queue!), a pint (£6.50) and possibly a margarita pizza (£16) before hiking back up the concrete steps to the nose bleeds.

Just before the Stereophonics took to the main stage (and later a walkway, which led to a smaller stage, ensuring the band were up close and personal to as many fans as possible) a male choir surprised and roused an already giddy, predominantly Welsh by the response to every Welsh reference, crowd with a performance of the national anthem, on Cardiff’s hallowed sporting ground. Everyone in the cheap seats stood and sang along like their team depended on their vocals.

Then the opening bars of ‘C’est La Vie’ and the giddy crowd was jumping to the uptempo track.

Unusually, the band then dropped down a gear and settled into a series of beautifully polished ballads, including ‘I Wanna Get Lost With You’, ‘Do You Feel My Love?’, ‘Maybe Tomorrow’ and ‘Fly Like An Eagle’.

Sir Tom Jones returned to the stage for an eagerly anticipated ‘Mama Told Me Not To Come’, both Tom and Kelly clearly demonstrating love and respect for their musical experiences.

The rocking beat was swiftly followed by one of the musical highlights, ‘Mr and Mrs Smith’. Drummer Jamie Morrison almost ran down the walkway, leading the crowd in percussion-clapping, to a waiting drum kit for his liquid solo.

‘Traffic’ and ‘A Thousand Trees’ kept the crowd going until Kelly Jones brought a ukulele to a stool on the small stage for the love song, ‘Step On My Old Size 9s’.

Then it was off to the strings and the horns, as well as lead, bass, rhythm and percussion for six further songs; he classic rocking songs, ‘Bartender and The Thief’, ‘A Thousand Trees’ and ‘Mr Writer’ were the palette refreshing sorbet dish, during the laid back meal of the evening.  The band returned for an encore that Kelly Jones absolutely devoured, including ‘Sunny’, ‘Just Looking’ and, of course, ‘Dakota’.

The Stereophonics have been together for twenty-five years and their two hours and fifteen minute set of 24 songs, and three encore songs, was delivered professionally and musically.  I expect the crowd at the front of the small stage had the best night, as the lads made their way to the smaller platform repeatedly.  As if they couldn’t help themselves?

Maybe the venue was too big.  Are my euphoric memories of smaller, higher-energy gigs (front and centre) because they were small? I’ve lost count of how many times I’ve seen the band at the nearby indoor Motorpoint Arena (8k capacity) and similar-sized venues across the UK and come away shaking with adrenalin.  Were the crowd bigger than the band at Principality? Yet how much of an honour to host a show seating ten times the crowd you’re used to?  And make no mistake – the Stereophonics were outstanding in their performances, as they always are.  Should it have been a four hour show, with trains running all night?

Show highlights included, the trumpet on ‘Handbags and Gladrags’, the piano on several tracks, at several places in the show. The small stage, absolutely for the fans, the flames and sparklers and lights to illuminate what will go down as a legendary show.

Each musician on the stage played like a performer who has missed stages for two years; each person in the crowd danced like they hadn’t been out for two years.

In this article:Stereophonics, Tom Jones