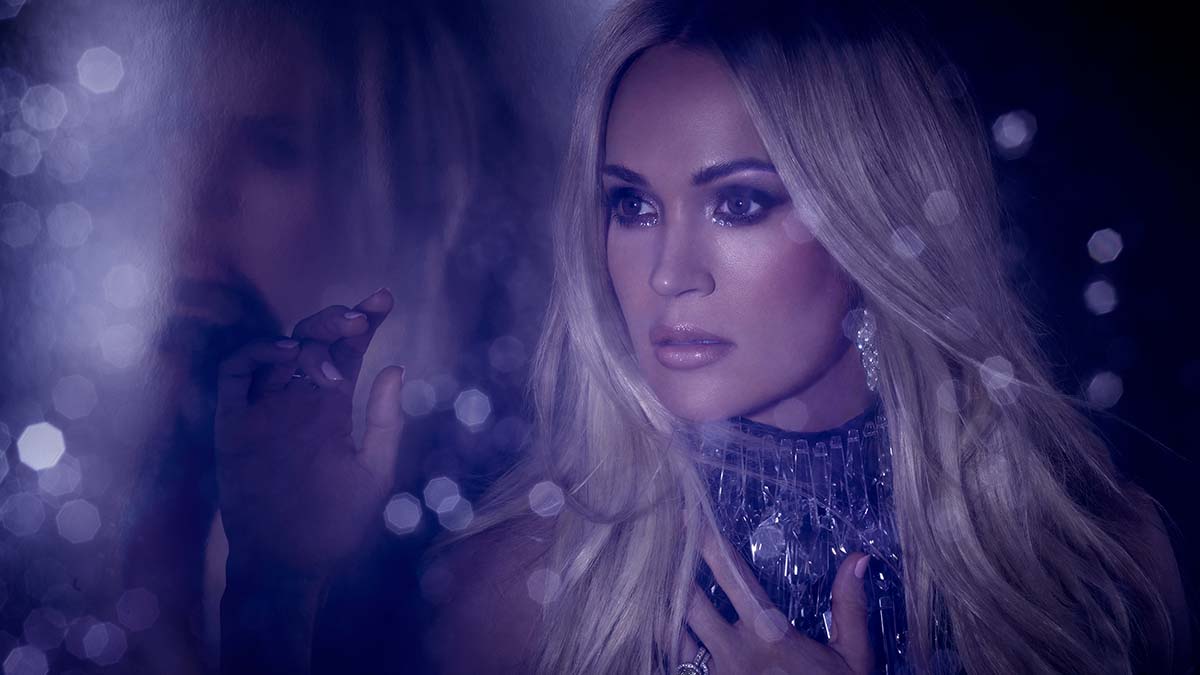 Carrie Underwood joins Zane Lowe on Apple Music 1 to discuss her ninth studio album ‘Denim & Rhinestones’. She tells Apple Music how wanting to have fun and be back on the road influenced the sound of the record, why being highly critical of herself is one of the keys to her success, being more comfortable pushing boundaries as an artist, carving out her own lane musically, and how she feels about being labeled a country artist. She also tells the story of inviting Axl Rose to join her on stage at Stagecoach, being influenced by Guns N’ Roses, reliving the moment after the fact on TikTok, and which song on the album she’s the most proud of.

Carrie Underwood Tells Apple Music How Wanting To Have Fun and Be Back on Tour Influenced The Sound of ‘Denim & Rhinestones’.
With this when we started writing I was like I just want to have fun. I’m ready, we’ve been home, haven’t been doing all the things on stage and having all the crowds and all that stuff. It was a good time. The silver lining was being at home with my family watching my boys grow, but I was like I’m ready to get out there. That was a part of it in writing the songs, it was like how do we… We are going to write being back on tour into existence. We are going to write these songs as if we know 100% we’re going to go out on the road with them, and that’s what we did.

Carrie Underwood Tells Apple Music Being Highly Critical of Herself Is One of The Keys To Her Success.
I’m highly critical of myself in every way to be honest, which I think is one of the things that has pushed me and helped me get where I’m at. There’s nothing more humbling than comping your own vocals and being like wow, is that what I sound like?

Carrie Underwood Tells Apple Music About Being More Comfortable Pushing Boundaries Musically At This Stage in Her Career.
I feel like too when you’re earlier on in your career, you don’t want to confuse people too much, you want them to know who you are at your core. You want them to know what you do and what they can expect from you and the things that you really love. Then I feel like as you progress, I feel like I’m at a level now where I can play a little bit more because people know who I am at my core, so we can push some boundaries and like I said just make music that feels good.

Carrie Underwood Tells Apple Music About Carving Out Her Own Lane Musically and How She Feels About Being Labeled a Country Artist.
I think it’s just a point of freedom. I feel like I always used to look at what I do and kind of be hard on myself that I didn’t have a lane. When I would talk about it to my co-producer David, he’d be like you want a sandbox, and I’m like I want a sandbox. I want my own vibe. This is what she does, this is what… But then I started thinking why is my inability to do that why is that a detriment? I grew up listening to everything, I have so many musical influences. I have such a large library in my brain and in my soul of different artists, different genres, different eras, why is it a detriment that I don’t sound exactly like this one thing all the time? I feel like that realization and turning something that was frustrating to me previously, turning that into a strength, was a turning point for me as an artist, and not fighting against whatever needed to come out. Let’s not fight it and let’s just make music that we love and hopefully everyone will understand and know me well enough to know.

Carrie Underwood Tells Apple Music About Inviting Axl Rose To Join Her On-Stage at Stagecoach, Reliving The Moment on TikTok, and Guns N’ Roses’ Influence.
I’ve been covering Guns N’ Roses for many, many years. I’ve asked, I think I just wore them down to be honest. But yeah I ended up writing a letter and just explained why I wanted to sing with him so bad, and just the influence that he had on my career and just my musical preferences and he said okay. It was just the perfect storm. It was a venue that was worthy of him, Stagecoach is such a huge, it’s a huge thing. There were 75,000 people there, however many thousands of people there, it was insane. It was worthy of him showing up and being there and being a part of it.

No, it was great. If you go back and watch the performance, even when the camera was on my guitar player, Matt when he started into Sweet Child o’ Mine, just the look on his face was like oh yeah, here we go. I love it because it was, it was like everybody was excited we were playing the song, immediately the crowd erupted because they’re like yes, we love this. I played that the first, I think I did the first time I played Stagecoach. I just feel like people were excited anyway. Then I went back, I don’t normally do this, but I went back and watched new TikTok videos and stuff like that of people that were in the audience, and just to see their reactions, there were people crying, it was insane. No, I feel like there’s a lot of respect just from a vocal standpoint on both parts wanting to just bring it. It was great. We rehearsed it beforehand and I feel like never really did it the same way twice. It was just fun being able to just bounce around each other and vocally compliment and bob and weave.

Carrie Underwood Tells Apple Music About The Album’s Title Track “Denim & Rhinestones”.
I have notes in my phone, I have titles, I have sentences and concepts and most of them are complete garbage. Most of them are stupid or I’ll read through and I’m like I don’t even know what I meant when I wrote that down, but I wrote down Denim & Rhinestones. We were writing one day and we had written I don’t know, probably about half the songs maybe that ended up on the album. So I had a direction and that was no direction, which I really liked having just freedom to make music and not necessarily have any particular lane that we were stuck…But that one was definitely my co-producer and co-writer on the vast majority of the songs he’s so good at doing tracks, and he just had this cool retro vibe track. I was like I’ve got a concept, I’ve got a title for that. I was like there’s just something so nostalgic and really cool about all of it

Carrie Underwood Tells Apple Music About Her Song “Velvet Heartbreak”.
We were in my co-producer David’s old studio, he’s upgraded in the middle of our project. But it was me and him and Hillary Lindsey. She had the concept velvet heartbreak, and I was like what does that mean? Then we started writing this relationship, we used the metaphor of shopping for clothes to describe this relationship, which is really cool. It’s something that obviously we’ve all done, but there’s so many lines in there that are like if you try them on don’t cut the tags off if you take them home. Stuff like that I love, because you know exactly what we’re saying, but it’s just said in a different way, which I’m like we’re clever, look at us being clever. We all have been in situations where it’s like there’s something, or this is going to bite me at some point. But it is fun to play a character, and I feel like we, I wanted to do that even vocally. I was like what does velvet sound like? How can I make my voice sound like velvet just to create a little more color? I feel like even that’s a cool thing that I get to play around with now. I don’t always have to sound the same way, why can’t I just play around and explore different textures?

Carrie Underwood Tells Apple Music Which Song on The Album She’s Most Proud Of.
I love everything about ‘Garden’ which is the last song on the album. I think that one it’s hard for me to be like oh, I sounded great on this song because that’s just not how I operate. For that one I just feel like there was so much heart put into ‘Garden’ and the lyrics I love so much. I love the way the music is. I love how introspective it is and how poignant we tried to make it and just wanted people to feel something.