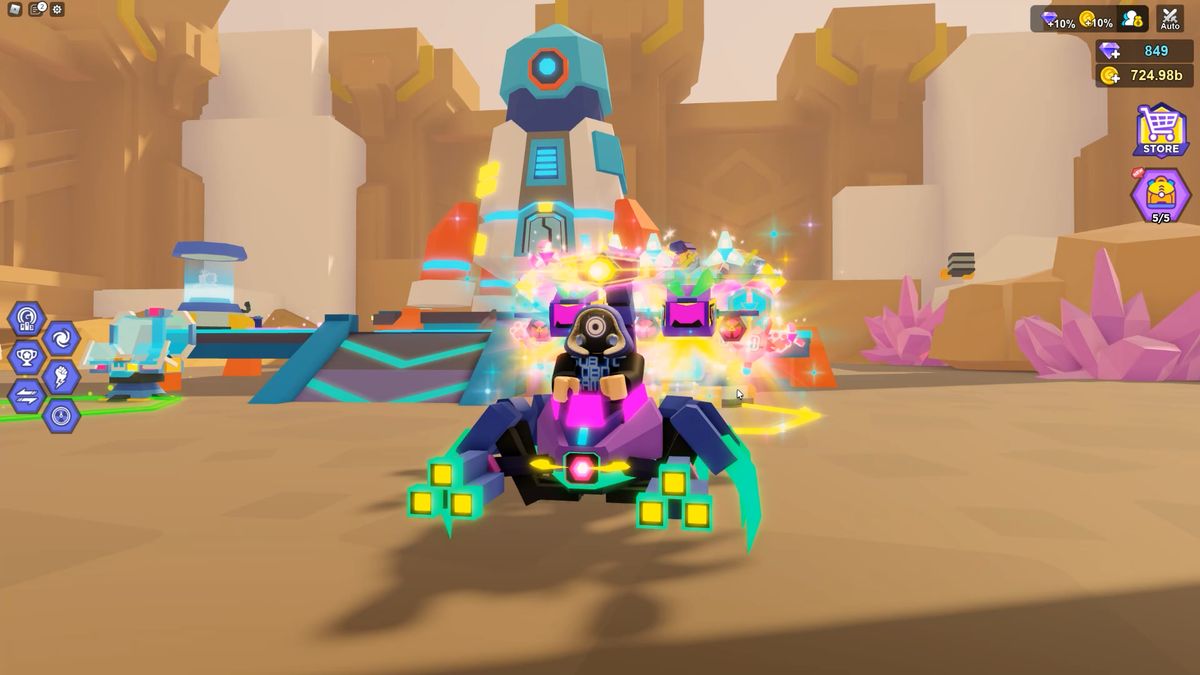 Bot Clash is one of the more successful simulator games to have come out recently on Roblox, with its player base growing daily. One aspect that sets it apart from other simulator games is the mounts. Not only do they look cool they help you move around faster and do a boat load of damage too.

There are a few different ways of getting mounts that arent always made clear in the game so I’ve pulled together this handy guide to aid you on your journey.

Players get six free spins on the daily wheel every single day as long as you’ve been logged in for long enough. One of the prizes on the wheel is the new Mechbull mount. Whilst there is only a small per cent chance of getting the mount via the wheel it is certainly possible. In fact, this is how I unlocked the Mechbull on my account.

This one is much easier and should be achievable for everyone. Once you’ve managed to defeat the boss in the very first region you will be able to buy a mount from the starter area. The mount you get will be one of the basic Pacer mounts but this is far better than having no mount at all.

Trial of the Mount:

This recent addition to the game gives players a chance of earning a mount by taking on the Mechbull in battle. There are lots of mounts available as prizes in this event including several variants of the Pacer mount plus the mighty Mechbull itself.

You won’t be surprised to hear that the better mounts are only available by spending Robux. Currently, you can only get the best mount, the Mechorpion, by spending Robux. Whilst this certainly limits who can get this mount it isn’t overly expensive when compared to other Roblox game passes.

It is possible to give other players mounts and game passes via the gifting system in-game. This clearly isn’t a surefire way of getting a mount but it is still possible. I recommend looking on youtube for live streams offering mounts as prizes. It’s either that or see if any of your friends are rich enough to help you out!

In this article:Bot Clash, Roblox