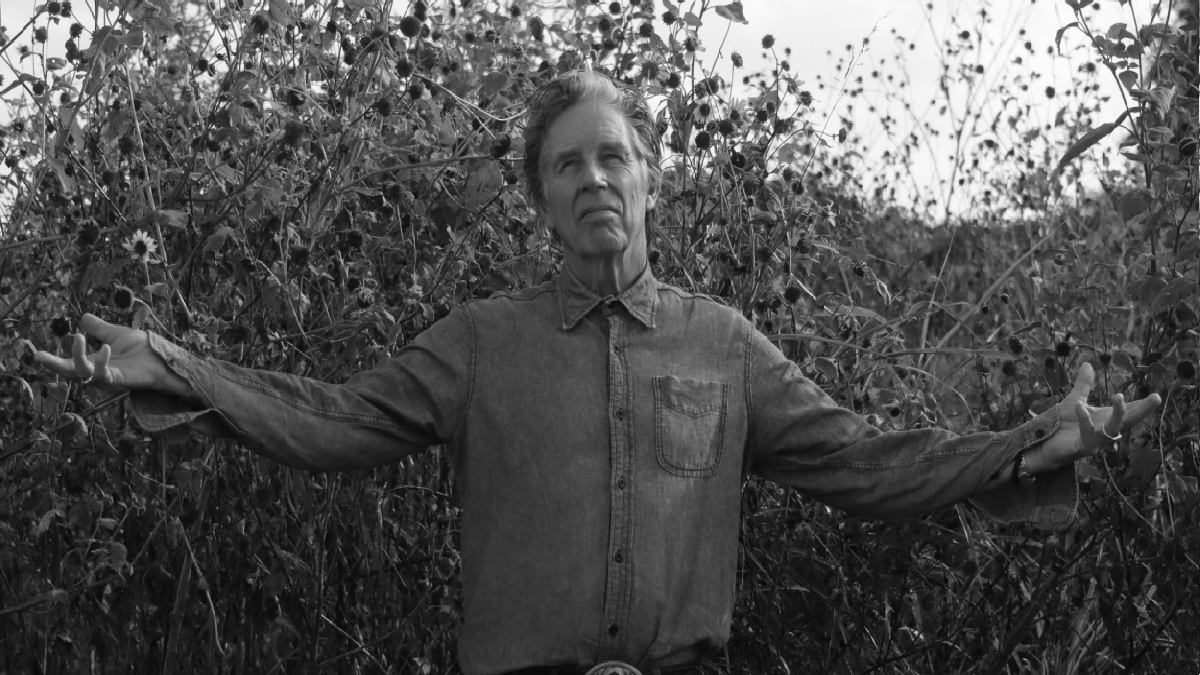 John Doe may be best known as a punk rocker, but his new album, Fables In A Foreign Land (credited to the John Doe Folk Trio, as their first release), which he calls his version of folk music, is by no means a stretch for the musician and writer. X’s milieu always contained a bit of folk and country, an element they went head on into with the Knitters side project, and Doe’s extensive body of work as a solo artist has often fallen into the alt-country genre.

‘Fables In A Foreign Land’ qualifies as a concept album; all the songs, Doe says, are set in the 1890s. The production here, deliberately sparse, built around a basic acoustic guitar, upright bass (played with gusto by Kevin Smith, from Willie Nelson’s band), and drums (first-rate work by Conrad Choucrou) trio, gets a western flare from the accordion work by Josh Baca (Carrie Rodriguez, Los Texmaniacs) on ‘Guilty Bystander’. It’s a fruitful in, as Doe puts it doing “more with less.” Keeping it simple here results in a rhythmic, often haunted sound, which I imagine is exactly what Doe wanted to achieve, with the album being set in the past and thus, by definition, full of ghosts.

Much of the album was, in fact, born in jam sessions held on Smith’s patio, and that loose, free-flowing vibe is well captured in the album’s final presentation. Producer and engineer Dave Way decided not to use headphones, instead opting to lay down tons of mics. The setup precluded redoing vocals or parts. This raises the difficulty in making the album work, but, when done with really skilled musicians, as it is here, it achieves an energy that can be hard to reach with more traditional recording and production methods. You might even say it’s a punk rock energy.

Doe benefits from his extensive connections here. In addition to the talented players on the record, he also brings in some real firepower to chip in on the writing. Doe’s creative partner in X, Exene Cervenka, and Shirley Manson of Garbage joined to cowrite the murder ballad ‘Destroying Angels’ a standout track on the album. Louie Perez of Los Lobos — a longtime friend from the L.A. music scene — contributed Spanish lyrics to ‘El Romance-O’. In that song, Doe is at his most wry, mocking a character who believes he can create his own nickname.

That wry touch lends a necessary levity to an album that ventures into heavy territory, dealing with loneliness and isolation — making it, despite its antiquarian nature, a surprisingly topical album. This is not so much the folk music of Dylan or Phil Ochs, but the even older tradition that hearkens back to Elizabeth Cotten, Leadbelly, Woody Guthrie, and Cisco Houston. Much of that music is dark in tone and content, similar to the tracks here. The sound of waves takes us into the stark album opener ‘Never Coming Back’ with its subtext of the mortal coil and its journey, a theme that is revisited in ‘There Is A Black Horse’.

Doe says that, while he isn’t religious, he has become more spiritual as he’s aged into an elder statesmen of the music community. This spiritual seeking is evident in places like ‘See The Almighty’. The album, while it consistently revolves around these themes, manages to have its upbeat moments, like the second track ‘Down South’ which is buoyant even as Doe sings about “a path between good and bad.” ‘After The Fall’ has some clear Biblical resonance, albeit not in a straightforward way.

Though Doe wasn’t trying to make a hardcore, traditional folk album, he gets awfully place in some closes, like ‘Missouri’ with its treatment of a flood, and ‘The Cowboy and the Hot Air Balloon’ which is suggestive of technological change and its stresses. The high-energy ‘Travellin’ So Hard’ fills the role of a classic road song here, while the penultimate song, ‘Sweetheart’ is a heartbroken love ballad. In the last track, we get as resolution, as we find our protagonist “going where the birds sing all night long.”

John Doe’s work has been consistently strong, in whatever format he’s chosen to present it, and ‘Fables In A Foreign Land’ maintains that quality. It’s an interesting turn from one of the more interesting artists out there, and well worth your time.