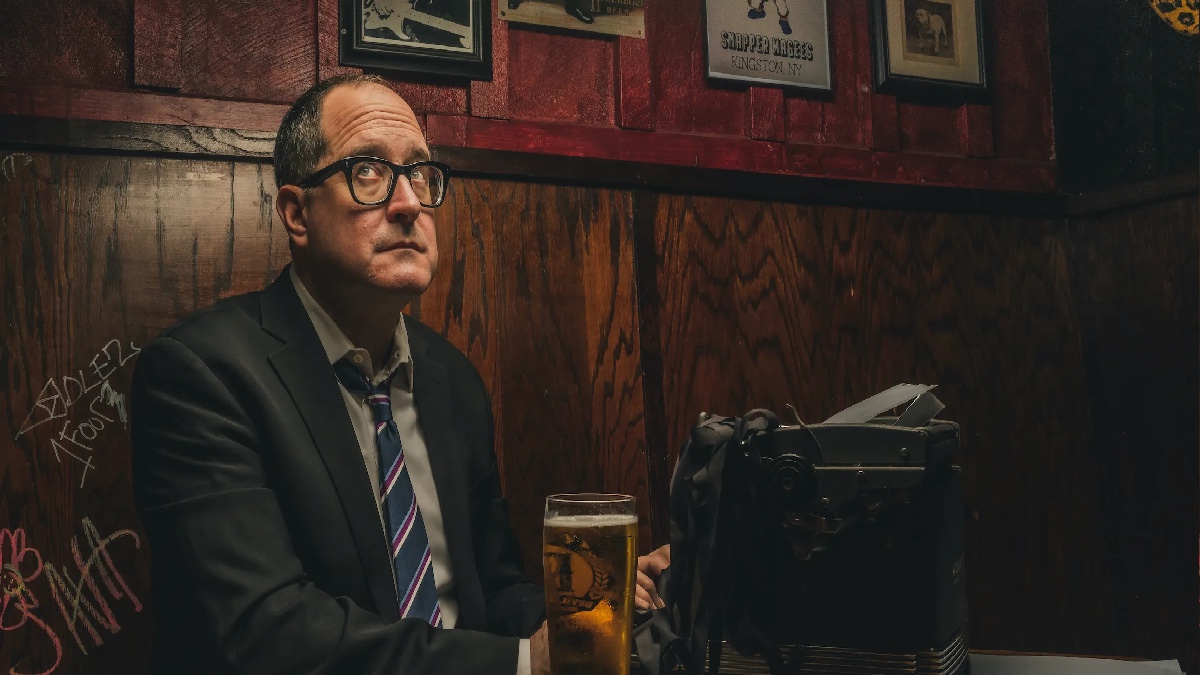 I recently saw Craig Finn described as the Bruce Springsteen of indie-rock. The Minneapolis born frontman for The Hold Steady is certainly similar in his crafting of detailed short stories that attend to the concerns of everyday people and the working class. Though he’s a generation younger than the Boss, ‘A Legacy of Rentals’ feels similar to Springsteen’s most recent album  ‘Ghosts’; both deal with the loss of friends and loved ones and the passage of time.

‘A Legacy of Rentals’ gains a certain emotional potency from this generational difference: the lives and stories Finn is paying elegy are those of people who were nowhere near old, but rather solidly middle-aged. These were surprising, even shocking losses, and Finn makes you feel these from the start, in ‘Messing With The Settings’ when he delivers the melancholy lyric, “At sundown it feels like I’m riding a train I’m not on.”

The production here is lusher and fuller than Finn’s past work, with a string section added to the usual guitar, keys, and other implements of indie rock. None of the tracks are overproduced;  the strings are held back and used strategically, like ink over the lines in a comic book, adding emphasis and dimension.

The details here distinguish the stories Finn is telling. In ‘The Amarillo Kid’ he mentions playing first-person shooters, an experience specific to his generation (and the ones after it). This might seem like a minor point, but stories work because of the details. Finn is extremely talented at making things concrete and particular; nothing feels vague or generic on this album. ‘The Amarillo Kid’ takes the vague image of a cowboy or a gunslinger, and it recasts it for the present day.

In ‘Birthdays’ Finn sings, ‘It’s nice to know there’s always someone in this world who’s always known me’. This paean to family is the closest track in style to Springsteen, with sax flourishes and keys sounding a little like vintage E-Street Band. The influence of family comes up again on ‘Due To Depart’ another excellent track. The album changes gears a little with ‘The Year We Fell Behind’, the track that most reflects the pandemic era in which the record was made. ‘Curtis Shepard’ and ‘Jessamine’ the two tracks here named for their characters, are so vibrant that these fictional entities feel like they must’ve been real people.  One might even say characters this real had to be invented.

Though he’s been based in New York for some time now, Finn is a Minneapolis native, and his connection to that region is in strong evidence here. Finn has said that the protests in his native city  weighed on his mind, and that they influenced the writing of this album. Finn is more skilled than to let himself be so narrowly tied to such a specific time and event; rather, he peppers the album with stories of characters from places across the Great Lakes, like Dayton, Ohio.

If you’re looking for great storytelling in your rock and roll, you need look no further than ‘A Legacy of Rentals’. Craig Finn serves us his usual finely-detailed sketches, and he does with some tricks in his sound.

Track list: 1. Messing With the Settings 2. The Amarillo Kid 3. Birthdays 4. The Year We Fell Behind 5. Due to Depart 6. Curtis & Shepard 7. Never Any Horses 8. Jessamine 9. A Break From the Barrage 10. This is What it Looks Like Record Label: Positive Jams / Thirty Tigers Release Date: May 20th 2022 Buy ‘A Legacy of Rentals’ now

In this article:Craig Finn, The Hold Steady