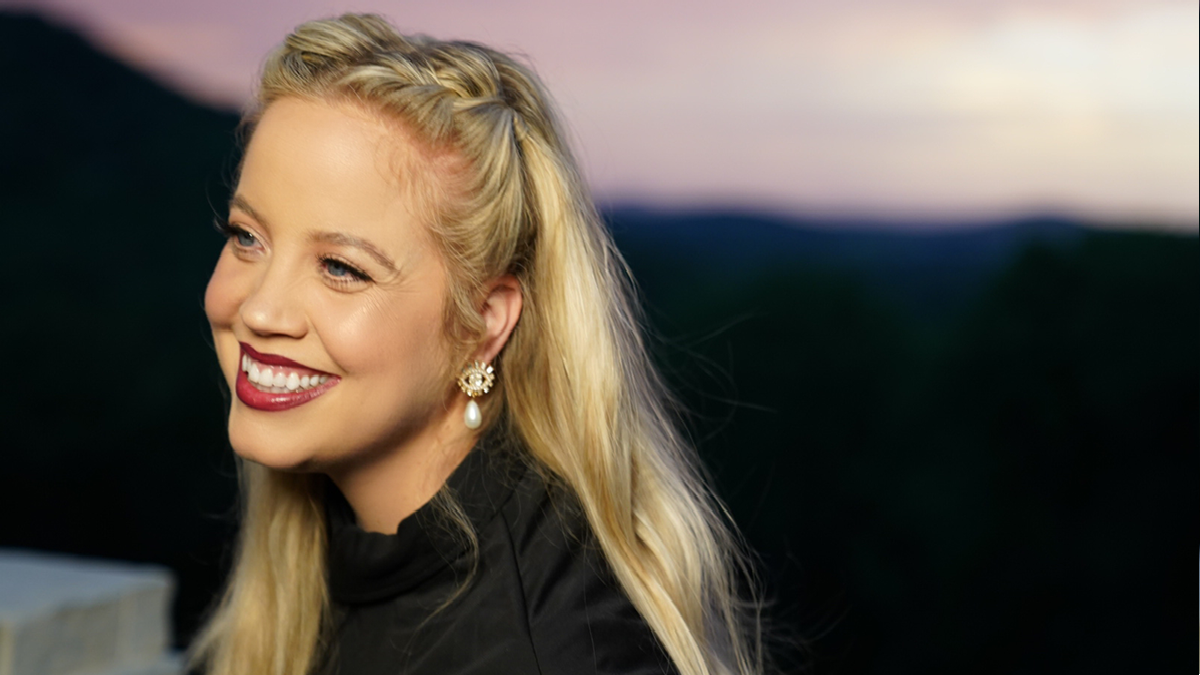 “If Martina McBride, Reba McEntire and Brandi Carlile had a child – that’s me,” says Harper Grae, describing her sound and process but one listen to Grae’s new EP, ‘Confessions of a Good Southern Lady’ released last Friday (May 13th) and you can throw Carrie Underwood into that mix now. There is a power-Pop-Country sensibility that carries echoes of Underwood’s most dramatic and emotional songs running through this fabulous piece of work. You can read our thoughts on it here.

We were thrilled to sit down with Harper and talk all about it.

Congratulations on your superb new EP. How did you settle on the title ‘Confessions of a Good Southern Lady’?

This entire EP is a concept. There is a story running all the way through it. It is about one of the most intimate periods of my life, when I was coming out as gay in my early twenties in a southern, evangelical culture!

I grew up southern Baptist in this environment where I felt that you couldn’t speak your truths. So, ‘Confessions…..’ is about me and my story.

Your songs are very open, raw and vulnerable. Have you always been comfortable sharing with the public or is it something you’ve had to learn to do?

Music has always been therapy for me. I always write from my own experience and my own life. When it came to this particular project I needed to be able to process and talk about these experiences.

I still live in the south and I’m married with children but all the LGBTQ+ issues are still all ‘hot button’ topics. This isn’t some phase I’m going through! (laughing) The songs on this EP are personal to me but might also reflect on experiences that other people are going through right now.

Harper Grae isn’t your real name. Tell us about the way you settled on your surname.

I wanted to have a stage name that honoured my grandparents, who raised me. Their last name was ‘Harper’ so that was easy and then I wanted my last name to reflect the journey that I had been on all these years in terms of my sexuality and my Christianity. So, ‘Grae’ is an acronym for ‘God Redeems All Equally’.

The idea came to me in a dream one night.

I first heard of you when you appeared on the Bobby Bones show in 2018. I guess you and Bobby share a similarity in in terms of your upbringing?

Yeah, we were in the same yoga class together during his run on Dancing With the Stars and I asked him after he’d won why he didn’t bring the mirror ball trophy in with him one day and it snowballed from there.

The engagement I had coming off that show was amazing, through the roof. Bobby and I do share similar stories in terms of our experiences with our parents and I think his audience related to me in the same way that they relate to him. Lots of people out there have experiences of familial addiction – when I went on the show it was the year anniversary of my mom’s death, the synchronicity was spooky!

Let’s talk about ‘Confessions of a Good Southern Lady’ from the beginning. There’s an intriguing story going on in ‘Devil Worship’, the lead track.

I wanted to start the EP off with a bang in terms of sound and story. ‘Devil Worship’ is about the relationship I had when I was in the very first year of college. I met a girl in church, I was a worship leader at that point, and her mom was so against us being together. One night she even said to us that the congregation needed to know that they were ‘worshipping with the devil!’

That remark stuck with me, is still with me today. It was an opinion that someone had of me and it informs the question I’ve been asking for years and years through study and reflection, which is: ‘Can you be a Christian and gay?’ I’ve been reading and studying around that issue for years, I even learned a dead language to be able to translate the bible better. I co-wrote that song with Brittney Spencer and just wanted to try and capture the essence of that question and how both of those subjects impact on other people’s beliefs too.

The production on ‘Devil Worship’, and on the EP in general, is so huge!

Thank you, I appreciate that. I wanted all the songs to be ‘of the moment’ and with the lyrics being so open and vulnerable it needed a particular kind of production value to back them up. I’m so proud of what my producer, Forrest Finn, and I have achieved.

‘Dead to Me’ has been brilliantly produced. The military drum beat and the Gospel overtones melded with those biting, searing lyrics – it’s a fantastic juxtaposition.

I wrote that with Joy Williams (Civil Wars) and Cam. We wrote it a Capella intentionally and it was always destined to be the final song on the project. You always hope that the people in your life will grow and change with you, but ultimately, it is not your responsibility. We came at that song from all perspectives, so it can be about someone else but it can also be about your own self and your own growth.

Are there any other co-writers that you’ve worked with that have helped bring this project to life?

Another really important song for me is ‘Diggin’. I wrote that with one of my best friends, Craig Wilson. We only wrote it a few months ago but I knew it had to go on the EP. I’m a massive Florence and the Machine fan, her lyrics and her vocals are insane, so good and I wanted this song to be in that vein but also reflect that search for balance between being gay and being Christian.

I now have the courage and the knowledge to be able to say that what a lot of Christians believe to be the truth isn’t actually historically correct. The word ‘homosexual’ wasn’t even put into the bible until 1946! When I learned that, my mind was blown. When you feel betrayed by something that you deemed to be a large part of your identity, that makes you want to ‘dig in’ even more, and that’s what that song is about.

I’m not trying to attack anyone, I’m just wanting to explain my own story and life experience. I now have the confidence to be who I am, as a gay, Christian woman. It’s still not perfect, living in the south, there’s still definitely moments where I feel uncomfortable but I’m all about conversation not confrontation!

Tell me about ‘The Joker’ which has one of the most powerful lines on the EP in terms of ‘lying is as easy to you as breathing is to me.’

‘The Joker’ was inspired by an experience my step-daughter had with her ‘other’ mom. Essentially, my step-daughter was intentionally left out of a birthday party for her other mom! It affected me and made me realise that I had been there too on various levels, sometimes with the church, sometimes even with Nashville itself. Nashville is way more inclusive now than it used to be but when I came here in 2012 it was a very different place to what it is now! (laughing)

I was able to help walk my step-daughter through her feelings after being excluded from the party. ‘The Joker’ is for people who get excluded from things or who find out that people don’t want them to come to things because of who they are, or who they love. The biggest part of the ‘joke’ is coming to realise that you don’t need to be ‘there’ in the first place. We all have stories and experiences like that that we can relate to.

Tell me about the ‘Look Up’ Foundation that you created.

Yes! I created the foundation in 2017. It was originally started to help children and young adults navigate through periods of grief where people had not died, but they might be absent or incarcerated, you know? You still experience a kind of grief in those situations. It was inspired by mom, who was sometimes incarcerated, sometimes just not there.

Kids get labelled so quickly as being angry or disruptive but they are really stuck at a stage of grief or mired in familial situations beyond their control. Now, I have started to work with children who’s parents have actually passed away too. We are really just focusing in on the mental health of children and helping to bring music to these children and letting them know that they are seen, heard and validated.

There’s a lot of talk in the press right now about Roe v Wade and the ‘Don’t Say Gay’ bill. How are those issues effecting you and your family right now?

Oh my gosh. It’s horrific. I’m a mother who believes that any women should be able to make a choice for their own body, whatever choice that is. Having now had children of my own, I cannot imagine what it would be like to be forced to give birth against your own wishes. Imagine that?

It feels like a concerted attack on women and I don’t understand it. The situation seems kind of damning right now. With the ‘Don’t Say Gay’ bill, I am locked and loaded to go to the capital here and protest against it. I was at the capitol building a few months ago when ‘our’ state version of it got pushed into a sub-committee but if it comes back through, I will be there to testify and speak against it.

How can I let my children go to a public school and not be able to say that they went to the beach with their mom’s at the weekend? My fight is within the LGBTQ+ community and so I’m not going to be quiet!!

Harper Grae’s ‘Confessions of a Good Southern Lady’ is out everywhere now.