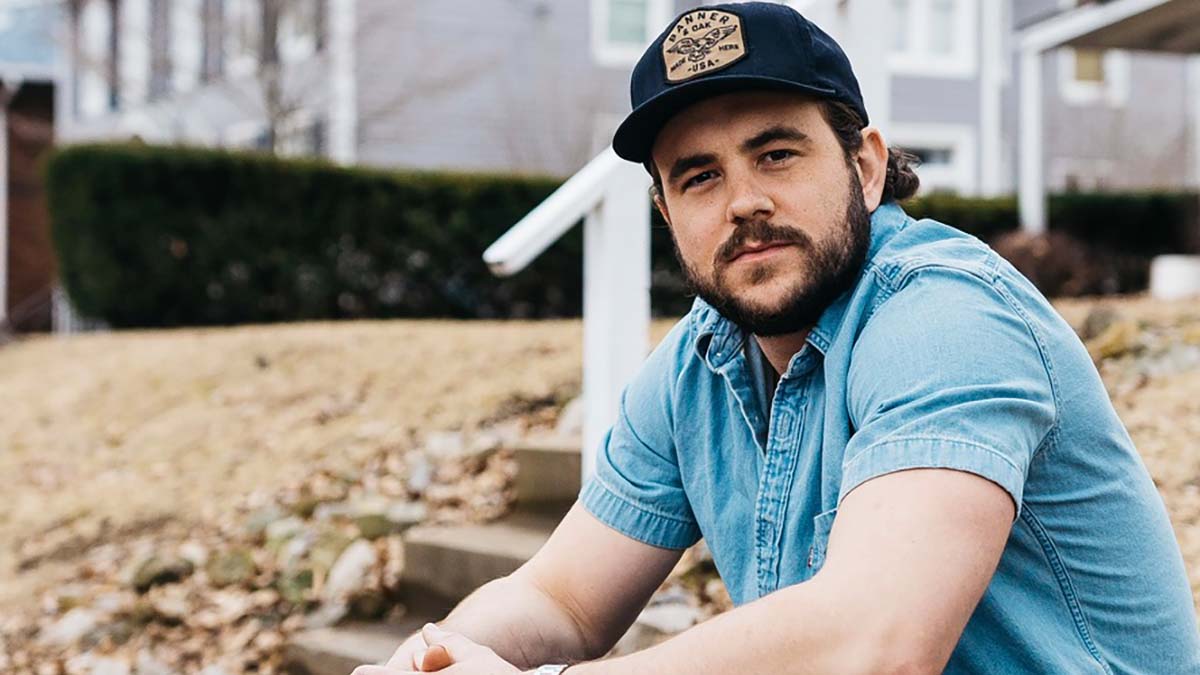 Matt Jordan exudes the heartland, it seeps out of his every pore. Last year’s ‘Middle of Everything’ EP seemed to be a culmination of everything that this talented singer-songwriter had spent the previous five years working towards but already in 2022 we have had the superb ‘Heart of the Heartland’ and today (May 13th 2022) Jordan releases the terrific ‘The Good Fight’.

Jordan was born and raised in St. Louis, where he began playing guitar and singing at a young age. For college, he attended Butler University in Indianapolis for two years, and then he transferred to Belmont University in Nashville, where he majored in Business, and where he could be close to the Nashville music scene. Jordan lived in Nashville for four years—he graduated from Belmont, played live shows, and collaborated with Nashville songwriters & producers before moving back to St. Louis with his wife, Jenna, to start a family. We were thrilled to grab 20 minutes with him to talk all about ‘The Good Fight’ and more.

Thank you for your time today. We are really loving ‘The Good Fight’ and have enjoyed a deep dive into your ‘Middle of Everything’ EP recently too.

Thank you so much, I appreciate that.

Let’s talk early days and origin story to begin with. Did you grow up in a musical family? When did you first realise you wanted to be a musician?

My mom and dad are actually pretty good singers and my dad even wrote songs when he was younger, not professionally or anything, just for a hobby. One of my prize possessions is his old songwriting notebook from the 70s. My siblings are both musical so it was something we all did, we listened to music all the time, it was everywhere in our house.

My dad would put on Springsteen and Jackson Browne and he would call out lyrics to me. He was always guiding me towards the lyrics and the songwriting and that was how I was taught to appreciate music.

I played guitar, drums and piano when I was little but really got into it around the age of 16 after my brother and sister had gone off to college. I started writing songs and by the time I was 19 or 20 I was pretty serious about it and made the move to Nashville.

What’s your favourite Sprinsgteen era? For me it’s that ‘Born to Run’ to ‘The River’ era.

‘Born to Run’ is a hard record to beat. ‘Darkness on the Edge of Town’ might well be my favourite record though. The 80’s era is pretty fantastic but an album that I recently started to really appreciate is his ‘Tunnel of Love’ album. It’s so different to a lot of the stuff he has done before or since. Sonically, it’s not my favourite album of his but the writing and the lyrics on it are some of the best he’s ever done.

Were you always destined to end up in Nashville?

When I was in college and high school just writing songs it was just something I did for fun. I’m from St Louis, I went to Indianapolis for college and I entered a song called ‘Smoke’ in the American Songwriter magazine annual song contest which ended up winning! I felt like I had hit the big time at that point! (laughing)

I spoke to my dad and he said I should try out Nashville and see what the town had to offer me so I transferred to Belmont University there to finish out my degree. I didn’t have the foresight at 17 to even think about Nashville!

I live in St Louis now but I still go back to Nashville once a month to write. I do miss the people and the culture there, it’s just a dreaming town. It taught me how to co-write, amongst many other things! (laughing)

If you could sit down tomorrow and write your next single with anyone, who would you choose?

I would have to say Jackson Browne. I’m not into his sound as much as I am his lyrics, which are just the best. I’m more into Seeger, Petty and Springsteen in terms of sound but Jackson Browne is just THE best lyricist. He’s a savant.

I don’t think I would have anything to contribute if we did sit down together but I’d love to watch his process! (laughing)

When you do a Spotify deep-dive it takes you back to ‘Alive’ in 2015. How has your writing and sound evolved since then?

You can hear my evolution if you listen to Spotify. During the pandemic I was able to really lean into the question of who I am as an artist and who I want to be. So, I think in the last two years you are hearing songs that are a lot more me.

A lot of my earlier songs were written and released when I was in Nashville thinking I was going to be a songwriter writing for other artists. They are not as cohesive or representative of who I am as an artist and are examples of me, perhaps ‘chasing’ a sound or trying to show other artists what I had to offer. A track like ‘Smoke, for example, sounds a little out there for me now, it’s a little more southern rock and I wrote that in Nashville in 2014 when Jason Aldean was the big ‘thing’ and I was kinda chasing that.

As far as my evolution I don’t chase what the sound is anymore. I think I’ve matured as a writer and found my voice as an artist now.

If I could take you back and let you give the 2014 you a piece of advice, what would you say to yourself?

Don’t chase radio or what you think is commercial, you know? There’s a tendency in Nashville, because it is such an ‘industry’ town, to try and chase what is perceived to be working or the current ‘sound’ that’s popular. You saw it with Eric Church, Luke Bryan, Florida Georgia Line and Sam Hunt, when they blew up. I was in Nashville at the time and all of a sudden there’s 30 guys all trying to be Sam Hunt!

If you are trying to chase what is already hitting, you are throwing yourself up against some pretty steep competition, you know!? (laughing)

I’d tell the 2014 me to just figure out who you are and go and do that better than anyone else. That’s when you can really stand out.

You seem to be going through a real creative patch right now. You released the ‘Middle of Everything’ EP late last year and we’ve had two new songs this year already. Did you find the pandemic creative or did the kids just occupy all your time?

(laughing) The kids definitely kept us busy but it was quite a creative time for me because there was a lot of time at home with nothing to do but write songs. My wife goes to bed at 8.30 to 9pm, which is way to early for me, so I tend to come downstairs and write songs at that point. Most of what you’ll hear from me this year was written during the pandemic.

My favourite song on the ‘Middle of Everything’ EP is ‘Fifth of July’. If you had to point people towards one song on there which would you say?

I’d probably say ‘Fifth of July’ as well, I love that song. That song is about the one that got away, which is pretty relatable to most people. I’m proud of the writing on that one too.

Let’s talk about new song, ‘The Good Fight’ then. Great song, great vibes. I really love that drum-driven production too.

I’ve been married for 8 years and we’ve got three kids, so we’re pretty busy at home, you know? It’s awesome. But like any relationship we have hard days and hard seasons and I was just thinking about my marriage one day whilst I was driving along and thinking about the imagery of it being a fight some days but a fight that is well worth having, that was where I Ianded in that song.

I came up with that idea of, ‘hey baby, we’re fighting the good fight,’ and then built the chorus around that. I took it to my buddies Charlie Berry and Jerrod Harkness and we started writing the verses and lyrics to the song over a completely different melody. Lyrically, we liked it but we weren’t there sonically and then Charlie started playing a different guitar part that felt pretty good so we finished it up that day, at the last minute, with a different guitar part.

Are ‘The Good Fight’ and ‘Heart of the Heartland’ going to be part of a wider body of work from you coming down the line?

Yes, they are! I haven’t officially announced what that is going to be yet but there is something big coming, a lot of new music on the way from me this year.

Let’s finish by talking about the ‘awkward stories’ thing you have going on TikTok.

(laughing) Well, there is this kinda running joke in my family that whilst I love people in general I’m kinda awkward around new people, I end up doing weird stuff out of nerves. (laughing)

I have a bunch of stories that my family think are hilarious about me getting into awkward situations or doing weird things around people and I keep hearing about how I need to be more active on TikTok so I decided that this would be my thing! (laughing) I’m hoping that people will relate to my stories because I can’t be the only socially awkward person out there!

Advertisement. Scroll to continue reading.
In this article:Matt Jordan