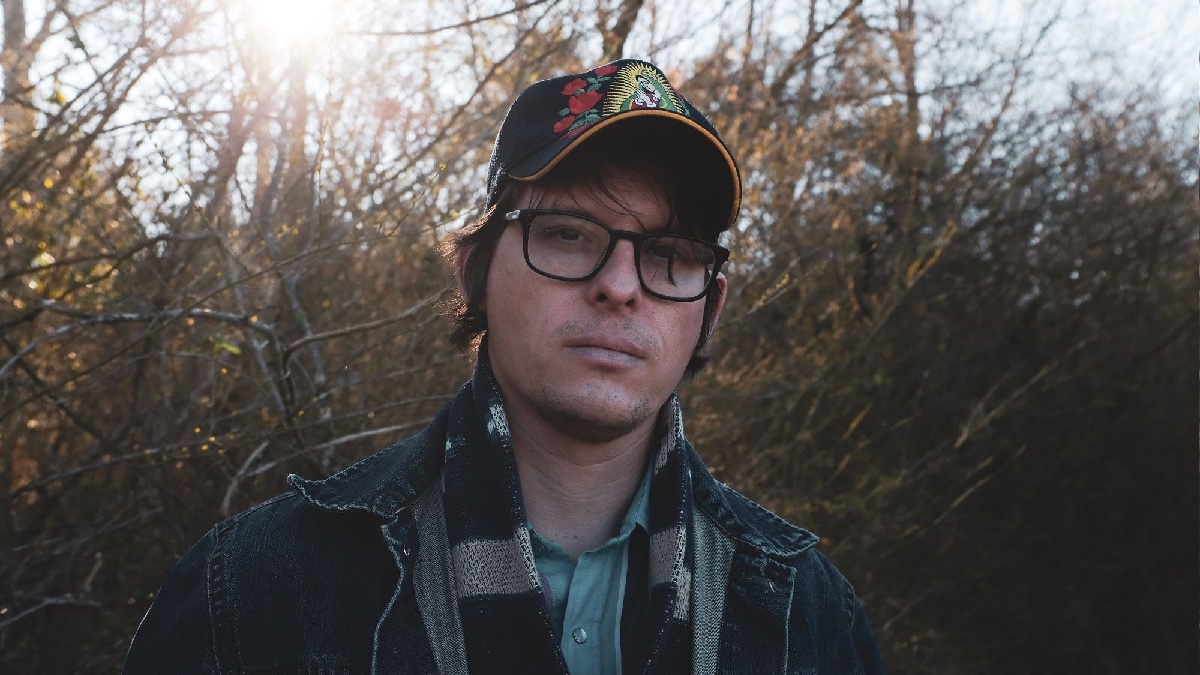 From being a Golden Gloves boxing finalist as a child, songwriter Stephen Wilson Jr chose a life as an indie rocker as the lead guitarist of AutoVaughn before becoming a food scientist at MARS and marrying his wife Leigh Nash (SixPence None The Richer). Now, Wilson Jr. has embarked on his own solo career and has celebrated cuts by Caitlyn Smith, Old Dominion, Brothers Osborne, Tim McGraw and more.

Wilson’s music sits at the intersection of the point where Nirvana meets Johnny Cash and is an original take on the traditional southern sound. We recently gave you a chance to listen to his fabulous new song ‘Holler from the Holler’ and we were thrilled to catch up with Stephen at the Birmingham date of his tour with Brothers Osborne.

It’s great to have you in the country, is this the first time you’ve been over to the UK?

It’s the first time I’ve played here by myself as an artist, yes, but I was in the band AutoVaughn as the lead guitar player for a few years a while ago. We came over here once supporting Cage the Elephant and played about 30 dates from Iverness to Brighton and everywhere in between!

It’s been a minute but it’s good to be back. I was supposed to be here a couple of years back with Brothers Osborne but I seemed to have started my touring career right at the start of the global pandemic! (laughing)

You’ve recently been out on the road in the States supporting The Cadillac 3 – How was that?

Man, those shows were great. Those dudes are my brothers, you know? I’ve known some of them for something like 17 years. My indie band, AutoVaughn, used to tour with them back in the day when they were a band called American Bang. We’ve probably done hundreds of shows together so it really was a full circle thing for me to be doing shows with them again.

Do you have a favourite track that has been recorded by an another artist? For me it would be ‘I Can’t’ by Caitlyn Smith, that’s a wonderful song.

I love that song, and it was great to see Caitlyn, what a wonderful voice she has, get my buddies Old Dominion on that track too. For me, my favourite song would have to be ‘Make it a Good One’ that Brothers Osborne recorded for their last record. I cried when I first heard the final version of it. I had just found out that my dad had been diagnosed with a terminal illness whilst we were writing it and didn’t have too long left to live. He passed away 3 months later and never got to hear it. It’s a very emotional song for me and will always remain very special.

You were a champion boxer as a child. How did you get into that? It feels like the two disciplines of boxing and music would be at odds with each other?

My dad was a boxer and so boxing was just our family sport, you know? Some people play soccer, some people play football or basketball, our family were boxers. I was born into it. Some of my earliest memories are of watching my dad fight. Every kid idolises their parents when they are young and want to be just like them.

When I was about seven years old I started fighting. I wasn’t very good at team sports, I was a little kid so the typical ‘American’ sports were just not for me. I also hated letting people down, if you drop a catch or scuff the ball in a team sport you are letting the team down whereas in boxing, it’s all on you.

I boxed all the way till I was about 14. My brother kept going after me and went further in the sport. I got back into it in my late teens and boxed into my early 20’s and did the ‘Golden Gloves’ championship, which is big, amateur, state wide tournament in the States. As far as amateur sports, aside from the Olympics, it’s one of the biggest national events a boxer can.

What did boxing teach you that you took forward in your life and your musical career?

It certainly taught you resilience and how to handle pressure. I was always nervous and very quiet as a kid. My first ‘stage’ was really a boxing ring and it was in there that I learned how to perform, I guess. It taught me how to deal with the anxiety of being in front of a crowd.

Once you fight another human being in a ring in front of other people there aren’t a lot of other things that could come along and worry you! (laughing)

How do you go from pugilism to the pen? From boxing to songwriting?

I was nerdy as a kid and I was really good at science and biology at school. When I graduated I thought I wanted to be a veterinarian at first but I ended up switching to micro-biology. I started teaching myself guitar at about 16 or 17, I didn’t really have anyone in my family who could nurture or help with that, so I just decided to teach myself.

I took a couple of lessons from a dude who taught me to read tablature and started buying ‘Guitar World’ magazine and began learning songs from there.

So, I started pursuing science and guitar at the same time. After a terrible date at at an ice rink where I basically head butted a girl instead of kissing her, I went home and started listening to grunge music and bands like Nirvana and the urge to write my own songs came from there. I grew up on Country music but I loved Grunge at the same time, so I could be found listening to the great Grunge bands of the 90s whilst listening to tracks like ‘Don’t Take the Girl’ from Tim McGraw at the same time! (laughing)

I realised that songs, three minute Country or Grunge songs, could move me and take me on a journey in that short space of time, more than say a book or a film could do. I was instantly intrigued by that wizardry and wanted to explore it for myself.

I played in indie rock bands, I played in a jazz band at university, I played any kind of style with anyone that would have me. I didn’t really start singing, though, till about seven years ago, so I’m still kinda new at that! (laughing)

Your house must just be filled with music?

I met my wife (Leigh Nash, lead singer of Sixpence None the Richer) about 15 years ago. I was in an indie rock band and had just graduated college. At the time she had a boy who was 5-6 years old and I had to make the choice between playing in a band, making no money and being out on the road all the time or getting a ‘real’ job. I leaned back into my science background and went to work for MARS, you know, the company that makes the Mars bar and loads of pet food like Pedigree and Whiskers. I kept on writing songs in my spare time though!

Do you have a favourite Sixpence None the Richer track? Being English, I have to say mine is ‘There She Goes’.

(laughing) Of course you do. Mine is probably ‘Melody of You’. The lyrics and the structure of that song is awesome.

You released a song with Leigh called ‘Made for This’ which seemed to come out of an argument that the two of you had in the pandemic!

We basically got real with each other, creatively and personally. We were locked in our house together for a year and she was probably about to kill me! We got in a fight one day and decided to go out in the yard and drink a bottle of wine and write a song as a way of dealing with it.

It was cheaper than paying a therapist! Leigh is very comfortable with going to vulnerable places when writing a song, especially on her more recent work, if you’ve heard that?

‘Holler From Holler’ is a such a great song and it’s quite refreshing listening to a song that is almost five minutes long. Is it going to be part of a wider body of work coming down the line this year?

Yes it is. I’m finishing the album right now. We will have a few more singles being released and then will be releasing an album later in the year.

The length of ‘Holler from the Holler’ wasn’t intentional it’s just that I couldn’t shorten it! (laughing) My manger would have liked me to shorten it but it is what it is, you know. Some of the best songs ever released have been long songs. ‘Smells Like Teen Spirit’ was five minutes long and then you have tracks like ‘Bohemian Rhapsody’, ‘Stairway to Heaven’, you know, those were all great, long songs.

Listen to Stephen Wilson Jr ‘Holler from the Holler’ here and check him out at his own website too.