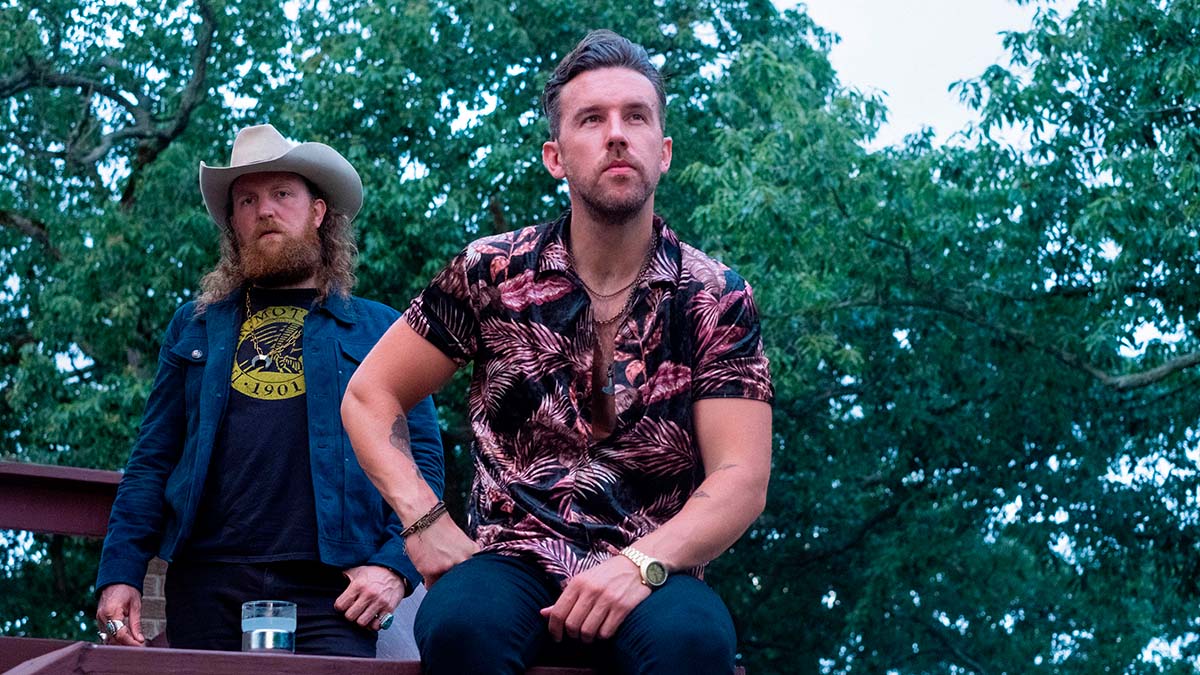 American radio might have a problem with Brothers Osborne but the UK has always had a long-standing love affair with the CMA award winning duo which shows no sign of slowing down if the reaction to their triumphant show in Birmingham is anything to go by.

Rising songwriter, Stephen Wilson Jr opened the show with his eclectic mix of songs that sit right at the intersection of where Nirvana meets Johnny Cash meets The Cadillac 3. Wilson has written songs like ‘I Can’t’ for Caitlyn Smith and ‘Make it a Good One’ with Brothers Osborne and is married to Leigh Nash, the lead singer of Sixpence None the Richer, so this Southern Indiana native is immersed in music and it shows. Taking the stage with just his guitar and a fabulous steel guitar player alongside him, Wilson entertained the crowd with his darker take on the southern sound, even covering Nirvana at one point, turning their shoe-gazing 90’s angst into something right out of the hills of Appalachia. His two closing tracks, ‘Year to be Young 1994’ and ‘Holler from Holler’ went down a storm with the Birmingham crowd. The former, a more commercial take on what was a pivotal year in his life, impressed, with Wilson’s strong, clear vocals echoing around the hall whilst ‘Holler from the Holler, Wilson’s most recent release, is a foot-stomping, dirty, down home southern classic in waiting and was a terrific way to round off an impressive UK debut.

Brothers Osborne took to the stage with ‘Skeletons’, the title track of their third, and most recent, studio album. It was clear from the get-go that they were amongst friends. ‘Headstone’ was a surprise but a welcome addition, bringing a bit of grit and southern oomph to the start of the show. A bonus track from ‘Skeletons’, it really stood out here as a great live song that could be in the guys’ set for years to come.

One of the joys of going to see Brothers Osborne is getting to watch John do his thing with the guitar. In my mind he is the most talented guitarist in Country music and tracks like ‘Shoot Me Straight’ and ‘Stay a Little Longer’, where he gets to let rip are a pure joy to watch in a live format. The bluesy guitar solo in ‘Headstone’ was a delight and even when he’s playing an acoustic guitar, as he did in the middle segment run of ‘Pushin’ Up Daisies’, ‘Weed, Whiskey and Willie’ and ‘I Don’t Remember Me’ you are never far away from him breaking out into some sort of extended run or histrionic solo. John also got to sing on ‘I’m Not for Everyone’ and helmed a section of the raucous ‘Honky Tonk Women’ too, making his involvement greater than what the average guitarist gets to do and making Brothers Osborne a real duo, with equal footing shared out between the two brothers, something TJ has always been very vocal about.

Another surprise was the duo’s rendition of ‘Burning Man’, the song they recorded with Dierks Bentley for his ‘The Mountain’ album. TJ’s deep, rich vocals suit this song perfectly and the energy on stage would have been sufficient enough to propel anyone up said mountain with some ease! Similarly, ‘Dead Man’s Curve’ and main set closer, ‘It Ain’t My Fault’ were played with real energy and enthusiam. The latter now comes replete with a rather space-age, jazzy keyboard solo which transforms into a duel with John before returning back to normal for a frantic and very loud finish.

It seemed both appropriate and very welcome that TJ took the time to speak to the crowd before ‘Younger Me’. He acknowledged that ‘some things had changed since they played in Birmingham last,’ which was a sweet & amusing way to address his coming out as gay. The crowd roared and cheered and TJ was obviously moved by the reaction before he sat on a stool and spun the tale which is ‘Younger Me’, ably augmented by those 80s style keyboards.

A mid-set acoustic segment is a clever way to play some of the songs from the guys’ ‘Port Saint Joe’ album, an album that has a mostly chilled out vibe and a set of songs that Brothers Osborne themselves have admitted, don’t necessarily work as well live as some of their other material. It also gives the crowd a little respite from what was an intense and very in-your-face opening seven songs before ‘Rum’ kicked things back up into top gear again for the back nine finish!

Returning to the stage for ‘All Night’, which came with an insertion of ACDC’s ‘Thunderstruck’ into it at one point, the duo closed down the show in the same way that they opened it – loud, proud and whirling around the stage with boundless energy. The 90 minutes passed in a blur and whilst a couple of songs, like ‘Heart Shaped Locket’ and maybe ‘Muskrat Greene’ were conspicuous by their absence, you can’t play everything in the allotted time once you reach that third album status, particularly when so many of the songs in the setlist came with additional moments and extended intros and outros.

Brothers Osborne don’t need American radio to make a success of their careers.They are an album band, one of the old fashioned groups, winning hearts and minds everywhere they go with their live shows and their songs that are bursting with melody and guitar joy. TJ Osborne is a fabulous frontman, engaging, warm and with a voice that can lift a whole room, whilst John sets fire to the night, his fingers of flame running up and down those fretboards, like he’s sold his soul to the devil. Brothers Osborne are great on record but they are phenomenal live, a real must-see band whenever they come to town.