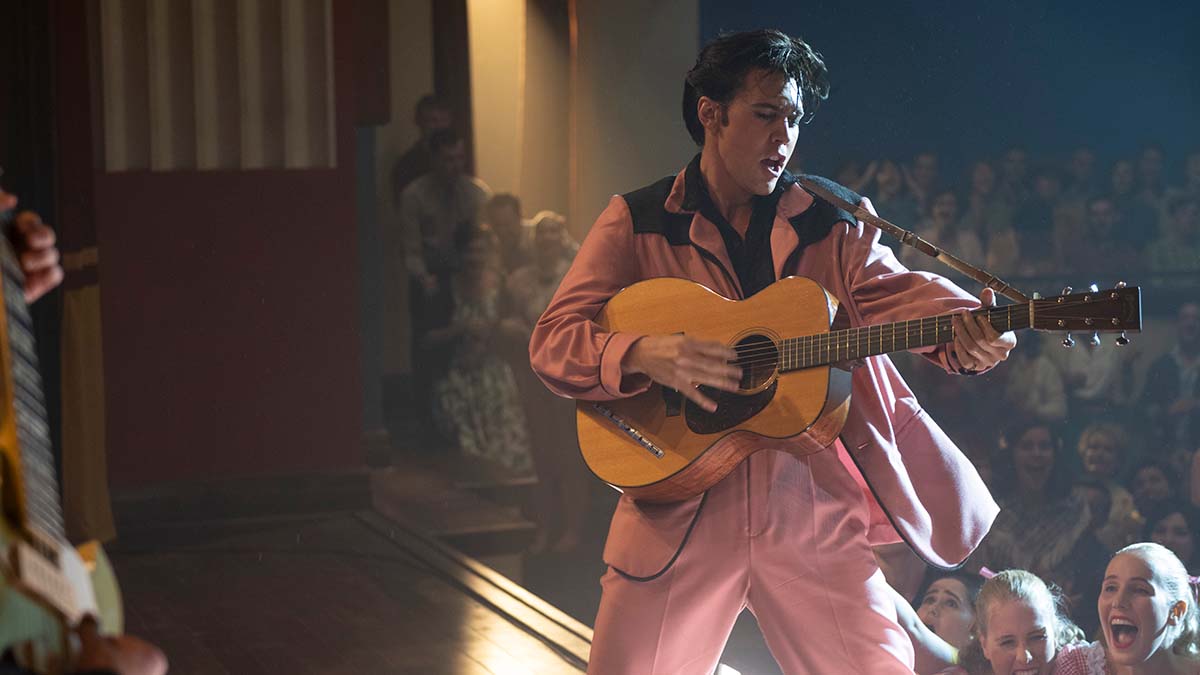 A brand new clip has been released from ‘Elvis‘ and it sees Austin Butler (‘The Carrie Diaries’) as Elvis performing at the Louisiana Hayride.

In the clip a meek and mild Elvis walks onto the stage where he’s heckled by a male member of the crowd. Once the music kicks in though, Elvis transforms into the iconic performer he’s now remembered for being and he drives the girls in the crowd absolutely wild.

The more he wiggles his hips, the more the girls scream and his manager Colonel Tom Parker (Tom Hanks) is taking it all in from the side of the stage.

A thoroughly cinematic drama, Elvis’s (Butler) story is seen through the prism of his complicated relationship with his enigmatic manager, Colonel Tom Parker (Hanks). As told by Parker, the film delves into the complex dynamic between the two spanning over 20 years, from Presley’s rise to fame to his unprecedented stardom, against the backdrop of the evolving cultural landscape and loss of innocence in America. Central to that journey is one of the significant and influential people in Elvis’s life, Priscilla Presley (Olivia DeJonge).

The film is directed by Baz Luhrmann (‘Moulin Rouge’).

The new clip follows the release of the first track from the soundtrack, ‘Vegas’ by Doja Cat.

‘Elvis’ will be released in cinemas on 24th June 2022 by Warner Bros. Pictures.

Advertisement. Scroll to continue reading.
In this article:Austin Butler, Elvis