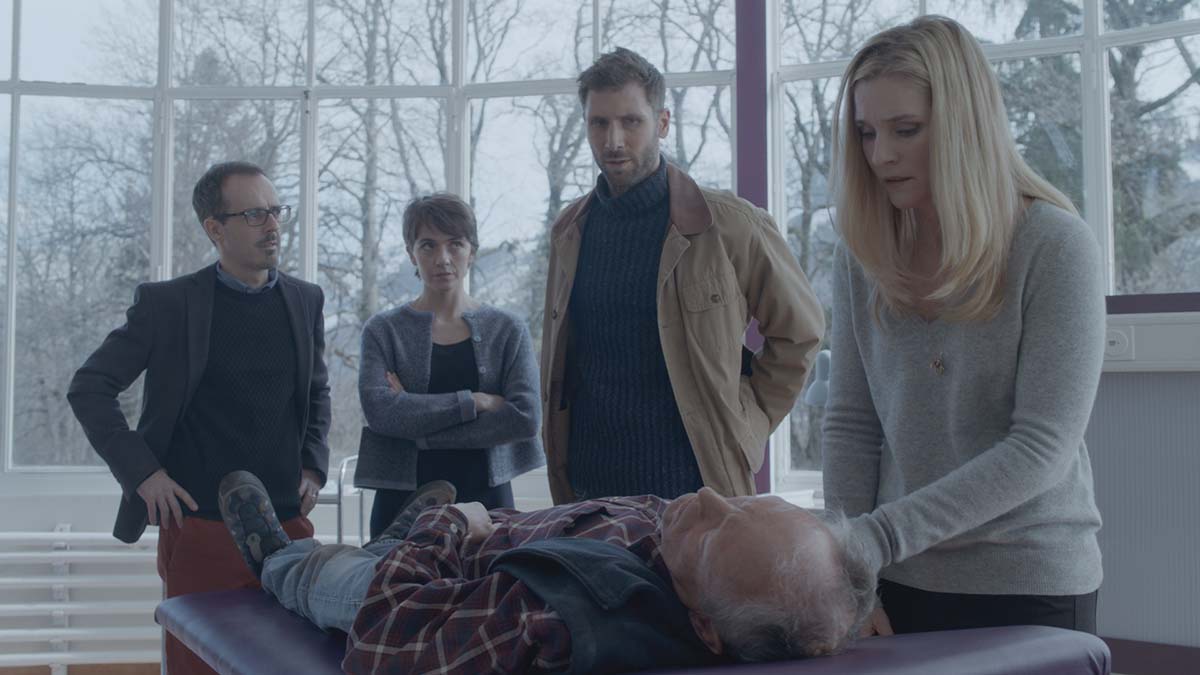 As far as I can recall, this is Walter Presents‘ first foray into Switzerland for a drama; and they chosen a peculiar little series to go with.

‘Anomalia’ is a spooky tale about Dr Valérie Rossier, a top neurosurgeon who moves – with her young son, Lucas – back to her home village, where she starts a job at a remote clinic. The clinic is run by her one-time teacher and mentor, Professor Wassermann, who is on the verge of retirement.

But even as she and Lucas approach her family home the little village in the Swiss, strange things happen. Valérie starts seeing things; firstly, whilst driving her car, she imagines she’s hit someone on the road. But there’s no-one there. And later, whilst at the clinic, she sees patients from olden times being treated in some of the rooms. But when she looks again, the rooms are empty.

Lucas is also suffering visions, as he becomes obsessed by local tales of a witch who cast some sort of spell on the village. And having fallen and injured himself, he’s treated at the clinic and meets a young boy who takes him to a secret place in the old building. Or is the boy also a hallucination?

Meanwhile, the curious Professor Wassermann is also acting strangely; is he unwell, or is there something more sinister in his strange demeanour?

Natacha Regnier stars at Valérie (she also played Hélène Meyer in the French crime series, ‘The Promise’, that was on recently). She is engaging as the single mother trying to make the most of her career, whilst also raising her son. Credit also to Claude-Inga Barbey, who plays Bénédicte (who we see only briefly in the opening episode) – she won Best Supporting Actress at the Schweizer Fernsehfilmpreis for her role in the show.

This is more a supernatural thriller than a regular thriller. There are disembodied voices, ghostly apparitions and various things that go bump in the night. And there are a number of aspects of the storyline that don’t quite gel – for example, Valérie is expected to perform complicated brain surgery on a young man on her first day in the job, without even knowing the names of the people she’s working alongside in the surgery. And when halfway through the procedure, she looks up and sees a man dressed in old-clothes and a cloth cap, she doesn’t bat an eyelid. Really?

Worth noting, also, that Valérie’s role as a brain surgeon means there are surgical procedures on screen on occasions; at one stage, a huge great drill burrows into someone’s skull, and there are some pretty graphic images of tweezers poking about inside the brain. If you are at all squeamish about such things, I’d avoid this.

In conclusion, not a resounding yes from me on this one. I prefer my dramas to be more in the here-and-now, rather than otherworldly. But it looks great on screen (the Swiss landscape is stunning) and there are a couple of decent acting performances.

Walter Presents: ‘Anomalia’ is available as a full boxset on All 4 now.

In this article:Anomalia, Walter Presents