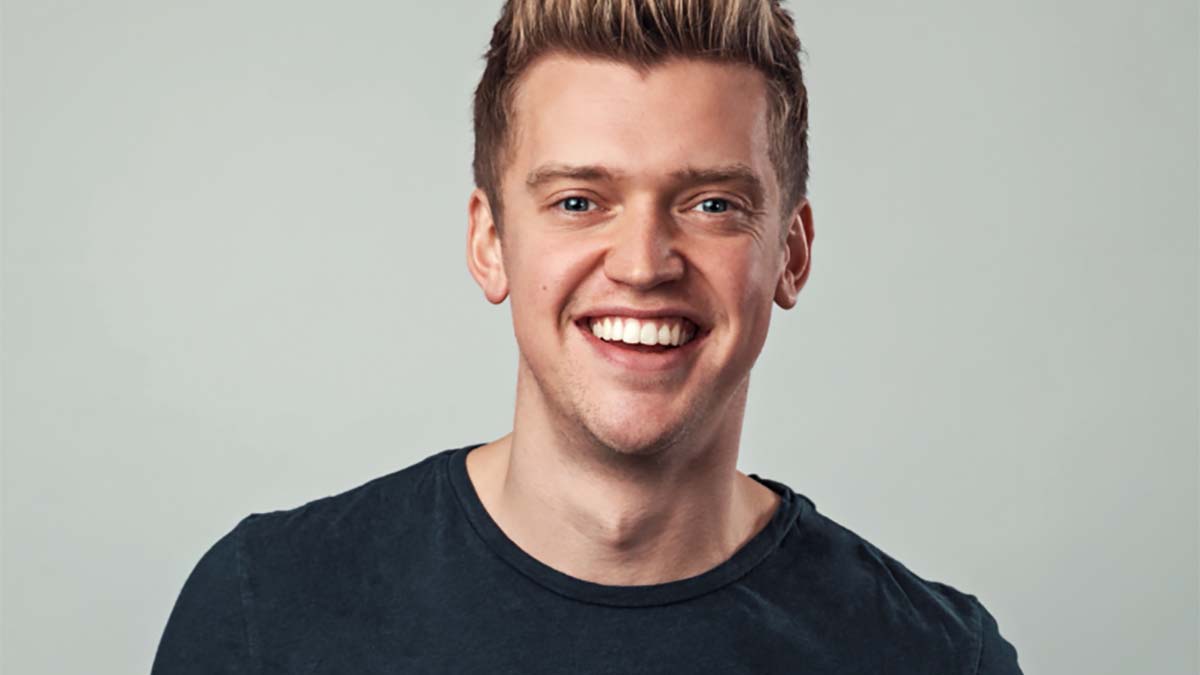 Rising to fame after winning BBC One’s ‘Yes Chef’ in 2016, Northumberland’s Chris Baber was spotted by Michelin-starred chef Atul Kochhar who invited him to train under him at his Mayfair restaurant. Since then, Baber has gone on to become an ambassador for Marks & Spencer and he’s built an enviable social media following. Having had a passion for cooking for as long as he can remember, Baber says his passion is helping the nation find their feet in the kitchen so it makes a whole lot of sense that his debut book is titled ‘Easy’.

With ‘Easy’, Baber is aiming to change the idea that cooking is a time-consuming and difficult skill to master, encouraging the nation to get in the kitchen and cook up some of his ridiculously easy recipes. The book is split into six sections – Brunch, Family Faves, Fakeaway, One Pan, Feeding a Crowd and Sweet – with Baber covering plenty of bases across the 96 recipes contained here. Before you get to the first mouth-watering chapter, Baber shares some tips and notes that will be helpful for those new to cooking. From taking you through the equipment you’ll need through to sharing his kitchen hacks (I will never peel ginger the same way again!), Baber puts the emphasis on demystifying cooking and he succeeds brilliantly.

The ‘Brunch’ chapter begins with ‘Porridge 3 Ways’, giving inspiration as to how you can add a little more excitement to your milky oats in the morning, before offering up tantalising recipes such as ‘Sausage & Egg Breakfast Tacos’, ‘Pesto Baked Eggs’ and ‘Harissa Beans with Honey-Glazed Halloumi’. As with all the recipes in this book, Baber is making cooking accessible to everyone so the list of ingredients is short and they are all items you can easily pick up in any supermarket. Most recipes clock in at under 30 minutes too meaning you can whip up something truly delicious in no time at all.

As you work through the book, you’ll find plenty that you want to make. ‘Family Faves’ is all about those comforting meals that your family will love. ‘Veggie Lasagne’ is sure to be a hit for those trying to cut back on their meat consumption while ‘Baked Meatballs with Oozy Melting Mozzarella’ is every bit as fantastic as the title suggests (this recipe is also a good example of just how tempting the pictures in the book are!). One recipe the kids will love is the ‘Crispy Cornflake Chicken Burgers with Homemade Slaw’, which are a healthier alternative to a KFC.

Speaking of KFC, there’s a whole chapter dedicated to making ‘Fakeaway’ meals so you can wow the family with food that tastes even better than a takeaway, and it’ll cost you a fraction of the price. ‘Satay Style Chicken Curry’, ‘Beef and Coconut Curry’ and ‘Drunken Noodles’ are just some of the treats Baber has in store for you. The ‘One Pan’ and ‘Feeding a Crowd’ chapters are perfect for those who prefer to bake in larger quantities. I recommend you head straight to the ‘Arrabbiata Sausage Traybake’ or the ‘Bean Chilli Loaded Wedges’ and you can thank me later.

The final chapter ‘Sweet’ consists of fantastic ideas for quick and satisfying puddings that will be devoured by your friends and family. The ‘Lemon Posset’ recipe is incredibly simple but it makes a dessert that will leave a lasting impression and just in time for the warmer days, Baber’s ‘Summer Strawberry and Raspberry Crumble’ is sure to become a firm favourite. As a keen baker myself, my only criticism is that I wish there had been more sweet recipes in the book but perhaps that’ll come in the future in another book?

‘Easy’ is the perfect book for those amateur cooks who want to switch up what they make for themselves and their family. Baber delivers inspiration on every page of the book and there’s enough variety in here to make sure you’re always cooking up something new. The popularity of shows such as ‘The Great British Bake Off’ and ‘MasterChef’ have inspired the nation to be more adventurous in the kitchen and with ‘Easy’, Baber provides the perfect first step for those who’ve yet to discover the joy of making delicious food at home.

Advertisement. Scroll to continue reading.
In this article:Chris Baber