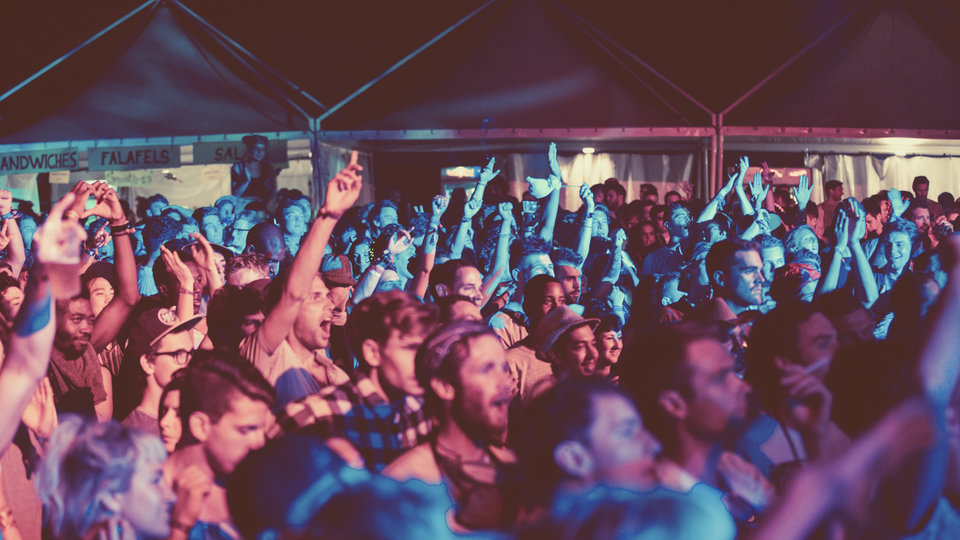 As life goes back to normal, post Covid, and live shows become the norm again it becomes important to remember that when you attend a Country music gig, or any live event, you are entering into an unwritten social contract with the other people around you. In the next week, here in the UK, we have shows from Keith Urban, Brett Eldredge, Ashley McBryde and Brothers Osborne and we’re already picking up complaints online and on social media about concert-goers behaviour so we decided to remind you about how to be a responsible and thoughtful member of a crowd!

Country music is renowned for vulnerable lyrics and quiet, intense moments. The people around you don’t want to hear what your day at work was like or how hard today’s Wordle was. This is the single biggest complaint from people online who are having their experiences ruined by other people at shows. Talk in the queue, talk between the acts but have some damn respect for the artists on stage or the people around you and shut your mouths when live music is happening.

2. You Can’t Have it Both Ways

If you’ve queued for hours and got a great spot down in the front few rows don’t then spend the time inside the arena or hall pushing back through the crowd all the time going for drinks or going to the toilet. You can’t have it both ways at a show. If you want to be down the front, you sacrifice the drink. If you want to booze away – find a spot closer to the bar. There is nothing more annoying than people pushing past you all the time going backwards and forwards.

Heckling. Why do people do it? Who’s ego is that big that they think it is acceptable to yell at the artist on stage? What are you missing in your life that makes you want to do it? Country music is not stand up comedy – keep your mouths closed and enjoy the music or listen to the stories that the artist is telling. We once saw a show in Birmingham with Kip Moore almost ruined by a woman who spent her time continually yelling at him to take his shirt off. Right up to the point where it began to annoy the hell out of Kip too.

4. Cowboy Hats are Not Your Friend

Men wearing cowboy hats. Tall men wearing cowboy hats. The whole ‘height’ issue is already a hot take as it is. I was at a Keith Urban show in Birmingham this week and the two tiny Welsh girls standing behind me did nothing but complain about tall men the whole 90 minutes in the run up to Keith coming on stage, as if they expected me to say that they could come and stand in front of me. That was never going to happen BUT at least I wasn’t also wearing a cowboy hat! Wear a baseball cap if you need to hide your balding head or terrible hairstyle.

5. You Are Not There Just to Hear the Hits

This one is aimed at our American friends. So many artists tell me that they love playing in the UK because the fans here know all the deep cuts and sing along to all the songs as opposed to their American crowds, who seem to only know the radio songs. Who goes to a show just to hear 4-5 songs that have been on the radio? With the world at your fingertips because of the streaming platforms you can listen to virtually any song ever made. Why would you not listen to more of who you are going to see live?

Don’t arrive with 15 minutes to doors opening and find someone you know down at the front. If you want a decent position at the front you have to put the time in first. There’s nothing worse than having been in a queue for a couple of hours only to see 3 people join it in front of you at 6.55pm because they’ve joined their ‘friends’. Arrive together, queue together.

Don’t get upset when attending shows at O2 venues when the priority queue gets let in first – it’s the one perk of being on that network. Buy a cheap £10 sim card on O2 and you can join the rest of us going in first!

Everyone now gets searched on the way in to gigs. You know you can’t take water bottles in, you know they’ll search your bags. Why get frustrated or make a fuss?

7. Don’t Pretend You’ve Got Friends at the Front After the Support Act Has Finished

There’s a special place in hell reserved for those people who try and push past you in-between the support act and the headliner looking for their ‘friends’ down at the front. This happened to me at the Keith Urban gig in Birmingham this week as two girls managed to get as far as about row 3-4 ‘looking for their friends’. Shoulders locked around me, glares were issues but the girls kept on trying. Eventually the people around me complained to the stewards and the girls were ejected!! Why risk that just to get a few feet further on?

Another divisive one for artists and fans alike. Someone like Kip Moore will give you the stink eye if he sees you on your phone and there is nothing more annoying than seeing the show through the screen of the person holding their phone up in front of you. It’s a tricky one because everyone likes to grab some footage for social media but surely the odd 45 seconds clip of a chorus and a couple of 14 second shots for Instagram Stories is enough?

We’ve all got our favourite songs, sure, and we all like to singalong but my enjoyment of Keith Urban’s ‘Stupid Boy’ in Birmingham this week was ruined by the guy behind me declaring to his girlfriend that it was his favourite song and then proceeding to holler away, out of tune, all the way through the song, as Keith was playing it acoustically. Right. In. My. Ear.

What have we missed out? Let us know on social media what your particular gripes are about how people spoil live shows by behaving inconsiderately.