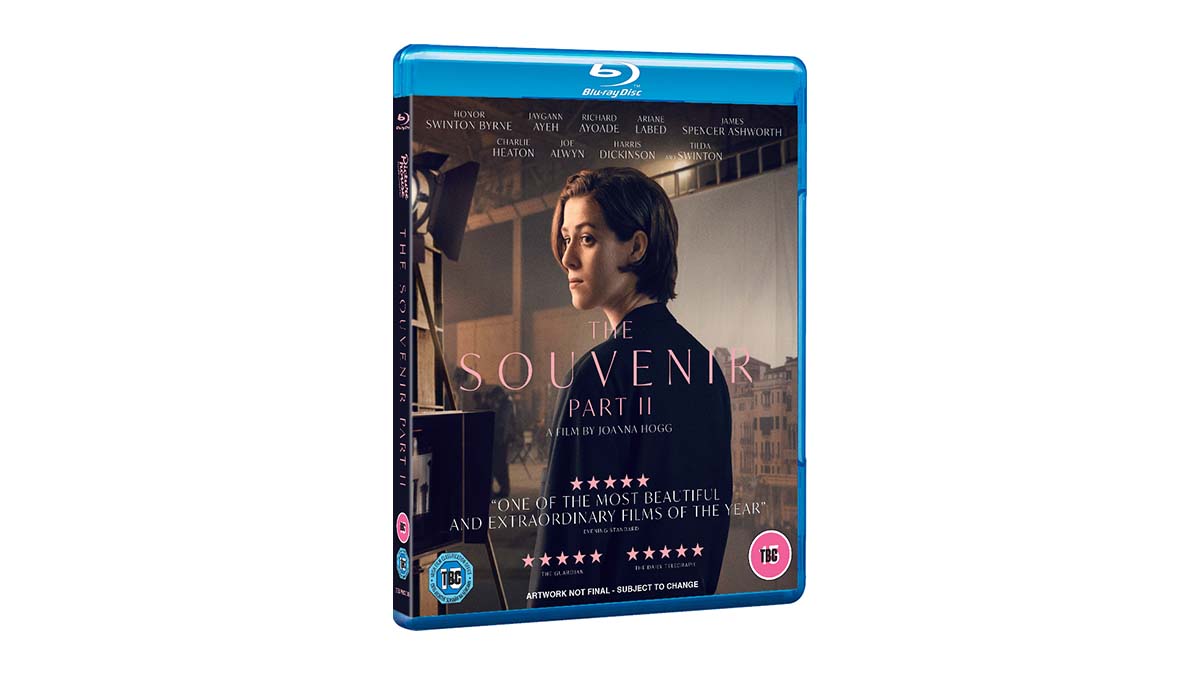 Voted the Best Film of The Year in Sight & Sound’s Critics Poll, ‘The Souvenir Part II’ is available on DVD, Blu-ray and Digital now.

In the aftermath of her tumultuous relationship with a charismatic and manipulative older man, Julie (Honor Swinton Byrne) begins to untangle her fraught love for him in making her graduation film, sorting fact from his elaborately constructed fiction.

‘The Souvenir Part II’ is a portrait of the artist that transcends the halting particulars of everyday life – a singular, alchemic mix of memoir and fantasy. With an outstanding cast that also includes Richard Ayoade, Charlie Heaton, Joe Alwyn and Tilda Swinton, this critically acclaimed sequel to ‘The Souvenir’ is one of the finest British films of recent years.

‘The Souvenir Part II’ is produced by Joanna Hogg, Luke Schiller, Ed Guiney, Andrew Lowe and Emma Norton. The film was produced by Element Pictures and JWH Films, for BBC Film and BFI (using funds from the National Lottery) in association with Sikelia Productions and Protagonist Pictures.

Find out more about the film at www.souvenir2.film and on Facebook at https://www.facebook.com/Souvenir2Film.

To celebrate the release of the film, we’ve got a copy on Blu-ray and a signed poster to give away. Enter below for a chance to win… a Rafflecopter giveaway