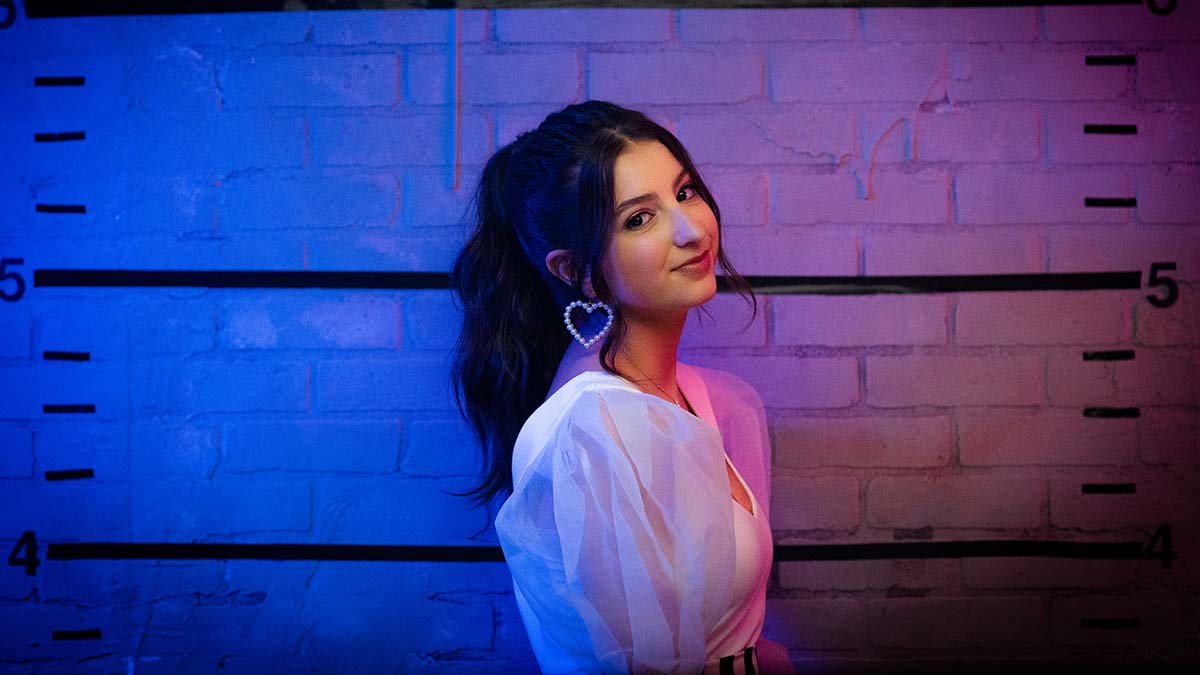 Rising Country star Jordana Bryant may still be a teenager but her music is opening doors left, right and centre for her.

Recently signing to Riser House Entertainment, the Pennsylvania native has a new single, ‘Guilty’, out today and she’s got big plans for the coming months. Bryant recently teamed up with Temecula Road’s Dawson Anderson to record a cover of Jason Aldean and Carrie Underwood’s ‘If I Didn’t Love You’, which went viral on social media.

I caught up with Bryant to celebrate her recent signing, find out about her new single and discuss her plans…

Firstly, congratulations on signing to Riser House Entertainment. How does that feel and what will that mean for your career moving forward?

Thank you so much!! I feel so grateful to have such an awesome team supporting me and helping me on this journey and I’m so excited to be working with them! I think a lot will stay the same in that I’m still going to be posting a ton of new music on social media and trying to release the music that my fans want the most, but it’ll just mean there are more hands on deck helping to get this music out and share it with as many people as possible!

You’re releasing a new single ‘Guilty’ today. What’s the song about and where did the inspiration for it come from?

I’m so excited to be releasing ‘Guilty’ because it’s such a fun and energetic song and I feel like it really represents who I am both as a person and an artist! The song is about being super into someone and not caring who knows and the inspiration for it came from seeing so many people, myself included ;), spend way too much energy trying to hide their feelings for someone. Life’s way too short to waste time not saying how you feel, so I wanted to write a song that would hopefully inspire people to find the courage to tell someone how they feel!

Beyond this single, what’s the plan for new music?

Beyond this single, I have a bunch more new songs that I’m super excited about that I plan to release in the next few months, and eventually wrap up into a complete project. I love getting to post my new music on social media because I feel like it’s such an awesome way to actually get to ask your fans what songs are their favorites, so as we’re deciding which songs to release next, we’re definitely looking to that and trying to pick the songs that people have really expressed that they’re most excited about.

Your recent cover of ‘If I Didn’t Love You’ featured Dawson Anderson from Temecula Road. How did that collaboration come about and what was Dawson like to work with?

Probably about a year ago Dawson and I got connected and became friends, and one time when I was in town a few months ago I had just recorded a cover of ‘If I Didn’t Love You’ in my home studio and I was planning to release it by myself, but I thought it would be really cool to get a guy’s voice on it, so I called up Dawson and I was like “Hey do you want to record a cover together tomorrow?” It was totally last minute and we were literally figuring out our harmonies outside of the studio while they were getting everything set up, but it was honestly such a blast! Dawson is one of the most fun people to be around, and recording/filming this cover with him was so much fun!

For those that don’t know, give us a little background on how you got into music and the moment you decided to pursue it as a career.

My dad played lead guitar in a bunch of country and rock bands when he was younger, so growing up there would always be music going on around the house. I can’t remember exactly when, but at some point I just started singing out random melodies and lyrics to it. When my dad taught me to play guitar when I was 10 years old, I really got into songwriting and fell in love with the process of creating songs. I honestly can’t remember when I knew music was what I wanted to do as my career, it just was something I always intrinsically knew, like my name or my birthday. I’ve always loved music for how it can connect people and bring them together, and I can’t even picture a life where I’m not doing it.

Which artists have had the biggest impact on you and what would you say you learned from them?

There are so many artists that have had a big impact on me, but I’d say two of the biggest would be Reba McEntire and Dolly Parton because I find it so inspiring how they’ve really paved the way for women in country music. They’ve taught me to never give up on my dream, no matter what, because hopefully if I keep chasing my dream, I can inspire a little girl somewhere to chase her dream.

When can we see you over here playing live shows in the UK?

Hopefully I’ll be able to play some live shows in the UK really soon!! With the pandemic and travel restrictions, I haven’t been able to do any yet, but now that restrictions are letting up, I really hope to be able to do some performances soon!!

Throughout the rest of the year, I’ll be working on a lot of new music, playing some shows (such as opening for Restless Road in Washington D.C. on May 20th), and come the summer, I’ll be graduating high school and moving to Nashville!

Jordana Bryant’s new single ‘Guilty’ is out now. Take a listen to the song below: