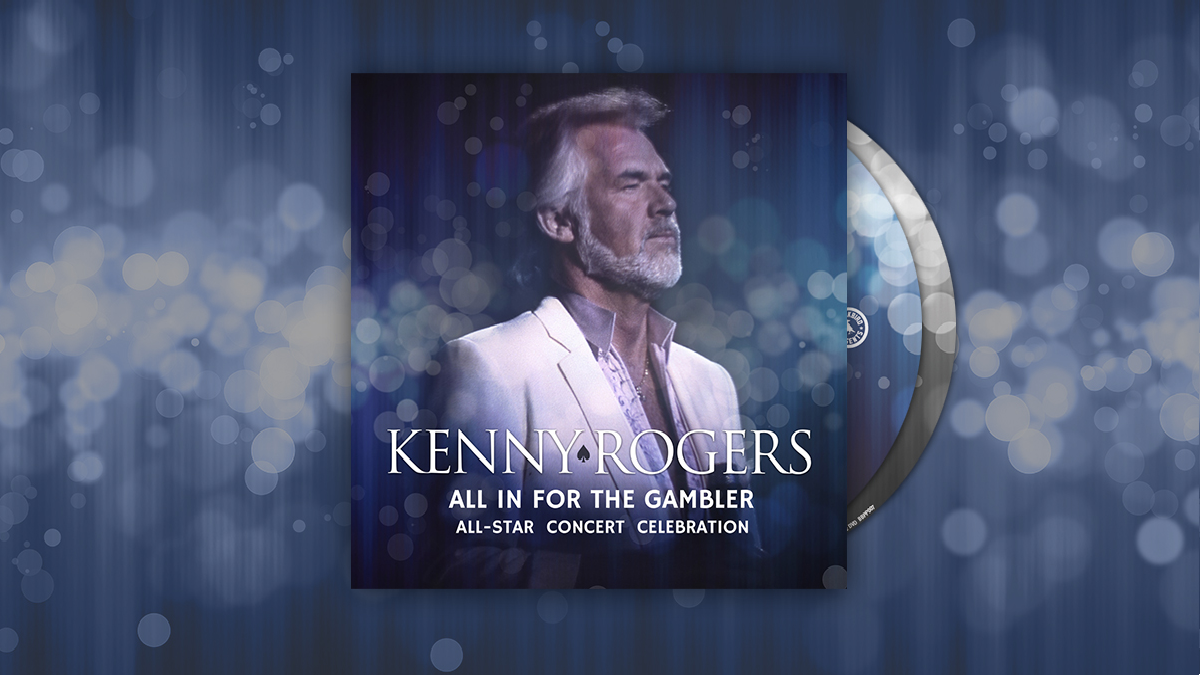 What’s your favourite Kenny Rogers song? There are too many to choose from, right? To celebrate the life of this icon a number of artists came together for a once-in-a-lifetime concert at Nashville’s Bridgestone Arena. You can now purchase that concert to watch at home after its release on May 20th.

The CD/DVD combo is available now for immediate preorder at AllInForTheGambler.com and KennyRogers.com.

The concert film and accompanying music release features Kenny Rogers and Dolly Parton’s final live performance together (including their chart topping duet “Islands In The Stream,” long considered one of the greatest country music duets ever recorded), as well as Kenny Rogers’ classic hits performed by country and pop music royalty such as “The Gambler” (Chris Stapleton), “Lady” (Lionel Richie), “She Believes In Me” (Lady A), “Through The Years” (Little Big Town), and “We’ve Got Tonight” (Idina Menzel and Charles Kelley).