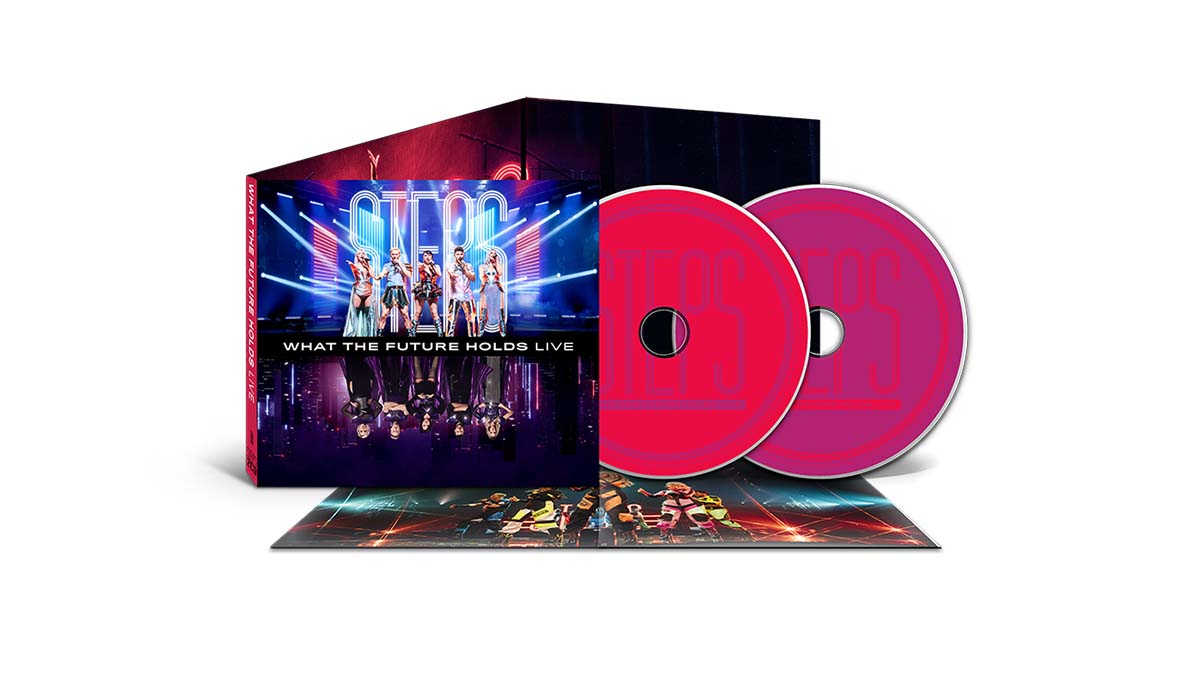 Steps has announced the release of ‘What The Future Holds Live’, coming this summer

Capturing the pop legends on stage at London’s The O2 last November during their ‘What The Future Holds Tour‘, the new releases will be available on DVD, Blu-ray, CD and in a limited edition boxset.

Despite being one band member down due to Covid, the band have incorporated other audio and footage to bring you the best experience of the show as a whole. The concert film features all five members of the band on stage together – cleverly edited for the ultimate Steps experience.  The entire show is presented in full HD with audio in stereo and 5.1 surround sound.

Fans can expect to see and hear classics such as ‘Deeper Shade Of Blue’, ‘Tragedy’, ‘One For Sorrow’, ‘Stomp’ and ‘Last Thing On My Mind’ plus new favourites including ‘Heartbreak In This City’, ‘Something In Your Eyes’ and ‘Scared of the Dark’.

Extras include a moving behind-the-scenes documentary outlining how Steps and their crew managed to keep the show on the road throughout the numerous challenges posed by the pandemic, featuring unseen interviews with Claire, Faye, H, Lisa and Lee.

Steps said: “We were so proud of our What The Future Holds Live tour and we’re excited for those who came to watch to be able to relive the show again.  For those who didn’t get a chance to come down to the show in person, we hope you love every minute of this special release. We’re delighted how it’s turned out despite difficult circumstances. This tour was the ultimate pop party and we’re delighted this release can bring us all back into Steps world again.’

Pre-order the releases now at liveherenow.com.