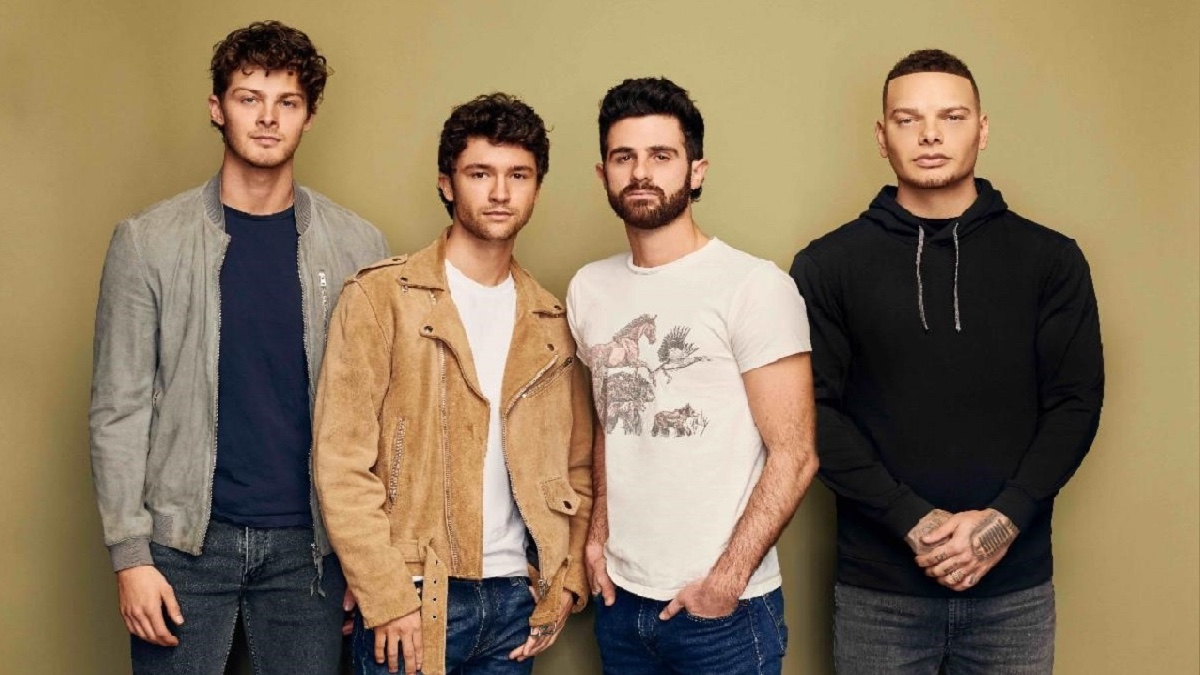 Kane Brown and Restless Road join ‘The Ty Bentli Show’ to share their full-circle journey. They recall being matched together on ‘The X-Factor’ nearly a decade ago, Kane’s decision to go solo, and the life-changing moment Kane offered them a record deal.

Listen to the episode in-full anytime on-demand at apple.co/_TyBentli on Apple Music Country.

“I met them in 2013. I was supposed to be in the group. It didn’t work out, thank God. I got them on my label now, but they’ve been together for nine years. Nobody really gave them a chance. They signed with a couple of people, and never got to do a show, never got to put out an album. They’re so talented. They’re funny to be around. They’re three genuine good guys, and I just felt like they needed a chance.”

“I remember talking to Kane and being like, ‘What did you sing for your audition?’ He was like, ‘I sang Gettin’ You Home by Chris Young.’ I was like, ‘Well, that’s what I sang for my audition.’ We all started to think, Wow, they’re pitting us against one another. They’re going to pick the best country singer out of all of us. Then turns out they actually had a different plan in mind. They thought it’d be great if we formed a band. Kane wanted to go his own direction, and be a solo artist.”

“I was the one who stayed in touch with Kane, and then Kane hit me up in 2019. I wasn’t even in the group [anymore], and I hadn’t talked to Kane in a couple of years probably at that point in time. He said, ‘Hey man, I’m starting a label, and I’m looking for somebody to go out on tour with and was thinking of you guys.’ That made me come to Nashville, and Zach and Garret were both working regular jobs. I talked to them and we were like, ‘Let’s give it a shot.”

“My head’s spinning. I’m going, ‘What do these guys want with me?’ I had put out some original songs. I’m thinking, ‘Do they want a song that I wrote or something? I don’t know.’ I got Zach’s phone number and he called me and was like, ‘Hey, I’m going to cut to the chase. We’re looking for a new guy. We saw your videos. Would you be interested in coming and meeting us and hanging out?’ I literally woke my dad up at 1:00 in the morning and told him, I was like, ‘Hey, this band Restless Road that I love, they want me to fly out and try out for their band.’ He’s so confused, he’s like, ‘What? What’s going on?’ He took off work and I took off school for a few days and we flew to Orlando that next morning and spent couple of days with the guys.”

In this article:Kane Brown, Restless Road