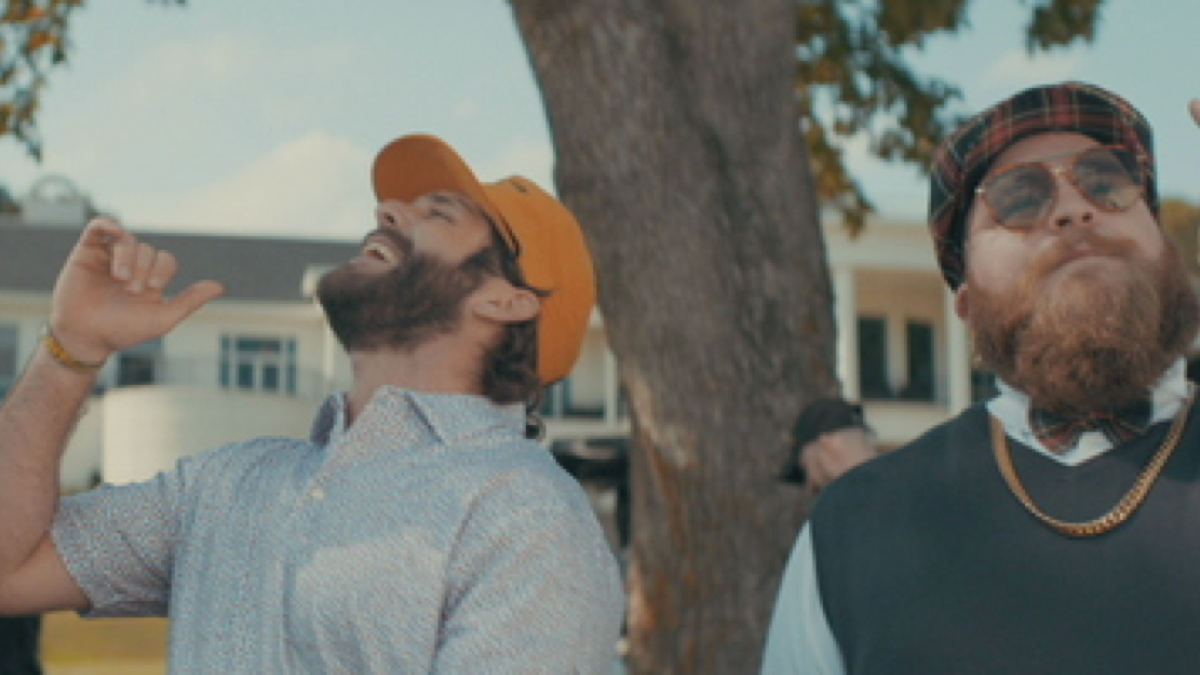 Teddy Swims joins Thomas Rhett for the third episode of ‘Where We Started Radio’. Teddy discusses how music has moved him, how he ended up with the name “Teddy Swims,” and collaborating with Thomas on the song “Broke.”

Tune in and listen to the episode in-full anytime on-demand with an Apple Music subscription at apple.co/_ThomasRhettRadio

Teddy Swims on how he got his name

“We had recorded one song, and our buddy Tyler Carter, he’s in this band, Issues. So Lee is, like, getting his backtracks for tour ready, right? And he comes over. He hears our one little rap song, and he’s like, “You guys should come open up for me on my solo tour.” And I’m at the spot where I’m like, “We have one song, bro, and I’m just not a rapper. I don’t know if we can do this.” And he’s like, “Look, I’m going to London. I’m doing the UK with Issues. I’ll be back in a month. If you guys can have 30 minutes of music, you can come on tour with me, and then we’ll figure out your names, and like, whatever, we’ll just get the whole thing going.” So we write 30 minutes of rap songs in, you know, like two weeks.

I was like, “Well, obviously, if I just call myself Swim, then I can be a rapper and I can be, like, tough and hard like a gangster.” And then, you know, he was like, “What if we make it Swims, we just put “sometimes” on it so it’s just “Someone Who Isn’t Me Sometimes.” And so he was like, “Why don’t we just call you, like, you’re already called Teddy. How about Teddy Swims?” And I was like, “Nah, I hate that, dude. I hate that.” And they were like, “No, that’s tight, man. That’s a dope name.” I was like, “Nah, I don’t like that. I don’t like that at all.” And Tyler Carter was like, “I’m putting that on the flyer. It’s Teddy Swims. It’s Addy Maxwell and Teddy Swims. It’s going on the flyer.” I was like, “Bro, I do not like Teddy Swims.” And so I did our first tour, after 10 years of singing, as Teddy Swims, and I was going on there, like, doing terrible rap songs.”

“Julian [Bunetta] had sent me a song called “Broke.” And I initially thought he was pitching me the song. And I remember trying to put the song on hold, because I wanted to record it for my record. And he was like, “No, no, no, no. We think this is going to be on Teddy’s project.” And I was like, “Well shoot, man. I don’t even know if he knows me. I would love to put a feature on. Anything. I just want to be involved in any kind of way.” I mean, we didn’t even meet at that point. I did all my vocal stuff at my house. I think we sent it to you guys and then turned out super sick. But the day that we got to meet was one of my favorite experiences with you and just getting to hang with you, getting to share a tequila drink with you. We wrote the saddest country song in the world that day. It was just a day that I will never forget.”

Teddy Swims on “Broke,” how it changed the way he approaches songs

“When Julian [Bunetta] hit me up about it like, “Hey Thomas is down to put a verse on this.” And I was like, oh man. What? I was lit. I’m going, calling my dad and my cousin Angel. My cousin Angel’s your biggest, biggest fan. Bigger fan than I am… She hits me freaking out. And at first I told Julian, “ I just don’t know how that’s going to work though. Because that’s not that type of song.” You know? And I also didn’t know how versatile you were. Because I feel like as a writer sometimes, or as an artist, if I’d even call myself that. If I hear a beat that goes and leans in a certain direction, my mind immediately jumps to writing that song that way. If you put a pop punk song in front of me I’m going to give you a Blink-182 song. It’s not going to sound… It’s not going to be like Teddy authentically on… I mean, unless I authentically could make myself everything, but I can’t just be me. And what you did to “Broke,” and just approach it like you would approach anything. And it was almost like “Broke” was nothing different to you. It was like you just approached it the way Thomas Rhett approaches something. And just your feature. And that’s not even something I’ve been able to tell, but it’s changed my whole mind about how I approach beats or songs now.”

Teddy Swims on “Bed on Fire” and Ingrid Andress

Teddy: “They wanted to do another version of it, and they wanted to make it like a duet. I think Dallas Davidson was the one that got in contact with Ingrid. Either way, we set up a FaceTime, and Ingrid FaceTimed about it. She was going to go record the vocals with Julian. So I was like, “Look, I’d love it if you write whatever, do whatever.” She immediately was like, “I love this song, and I am not going to write anything to this song. The second verse is perfect, and I’m just going to sing it. I’m just glad you’re going to let me on it. I love this song.” You know, sometimes you hear yourself so much, and you hear your own voice on everything, all the time, and you kind of hate your voice. Everybody hates their own voice, especially my talking voice. If I go back, and listen to this, I’m like, ‘Ew, dude. You are really a redneck, man.'”

Thomas: “I love hearing that side of her story, because I thought that was spoken from such a true, pride-less artist.”

In this article:Teddy Swims, Thomas Rhett