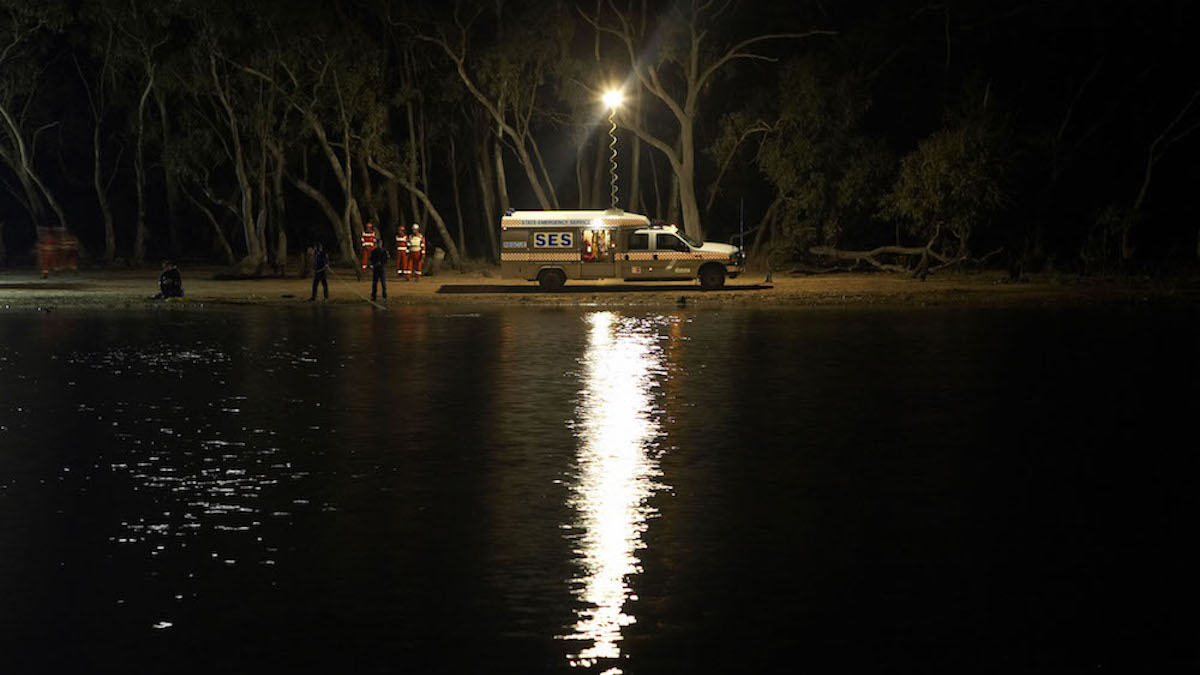 Joel Anderson’s ultra-low-budget Australian horror ‘Lake Mungo’ is re-released by Second Sight this week, with a terrific standard edition blu-ray. This barely seen gem of a film has developed a cult following over the years, and established a reputation in certain corners of the internet as being one of the scariest films ever made. Statements like that should of course come with a caveat – this film isn’t going to make you jump out of your skin, but it will get under it. And once it’s there it’ll just keep gnawing away.

Set in a small town in Victoria, ‘Lake Mungo’ tells the story of Alice Palmer, a secretive teenage girl who has drowned whilst swimming, and the devastation her death brings on her family. The film occurs in the aftermath of Alice’s death and is told in the style of a true crime documentary, with her friends and family being interviewed about the events that led up to her passing, and the unexplained horror which follows.

‘Lake Mungo’ uses a contrasting mix of styles and formats, from documentary style interviews, home video footage, mobile phone cameras, reconstructions, and lyrical establishing shots in between it all. It is very effective and incredibly convincing. When you then factor in the believable and naturalistic performances from the cast, it all adds up to something very affecting. The director and his collaborators are extremely committed to making this feel real, and you almost do forget that you are watching a film at times.

When a spectral figure that appears to be Alice starts appearing in the background of photos, her brother Mathew sets up video cameras around the house to try and capture evidence of what he thinks might be Alice’s ghost. The grainy, haunting images convince the family to reach out to a local psychic to try and help them make sense of what is happening. At this point you might be thinking “ah yes, we’re in the haunted house movie playbook here…I know exactly where this is going.” Rest assured, you do not.

Anderson brilliantly subverts expectations with a series of expertly crafted reveals, and he achieves this without his directorial fingerprints ever appearing on the screen. There’s only one, what you might call traditional movie scare. And it is an absolute corker. The rest of the terror comes from the way the film naturally navigates the emotional devastation of the Palmer family. There is a deep well of sadness and grief at the heart of ‘Lake Mungo’, and it is in to this negative space—literally and figuratively— that the horror creeps in.

In hindsight it’s a real shame that the marketing people behind this film didn’t go out of their way to present this as real. I think this would have been the closest we’d ever get to achieving that since ‘The Blair Witch Project’. The film might have made a bigger impact had the hype been allowed to build around it. I appreciate that it’s beloved now in certain circles, but it isn’t widely known, and it really should be, and Joel Anderson should have made more films.

He made this astonishing film on a shoestring budget and with no actual screenplay. He had a detailed treatment of the story he wanted to tell, and then workshopped the actors and crew in an almost improv environment, to foster that authentic documentary feel, and deliver the most natural performances possible. The results are extraordinary, and I cannot believe he has not been afforded the chance to make another film.

Most horror movies are out of my system as soon as the lights come up. A week after watching ‘Lake Mungo’ and it is still with me, sending the occasional cold shudder through me whenever I think about it. A vivid, heartbreaking, and genuinely scary piece of genre filmmaking. Keep watching until the very end of the credits.

As we’ve come to expect from Second Sight releases, the disc is packed with bonus features. There are two audio commentaries, one with producer David Rapsey and DoP John Brawley, and a second with film scholars Alexandra Heller-Nicholas and Emma Westwood. ‘Captured in Spirits’ is a long conversation with John Brawley which covers all aspects of the production. There’s some great stuff on the multiple different camera formats they used to keep the film as truthful and authentic as possible.

There are interviews with producer David Rapsey, as well as actors Carole Patullo and James Lawson. These are followed up by a very cool conversation between Aaron Moorhead and Justin Benson, the darlings of low budget genre cinema. This is a fascinating discussion, with lots of talk about the techniques ‘Lake Mungo’ used to be so effective. It’s great hearing them talk so passionately about the film.

Rob Savage, the director of the terrifying lockdown Zoom horror ‘Host’ waxes lyrical about ‘Lake Mungo’ in another interview. He is full of admiration for the filmmakers. This is followed by two terrific video essays, one by film scholar Josh Nelson, and one by filmmaker Joseph Wallace. Finally, there are 13 minutes of deleted scenes.