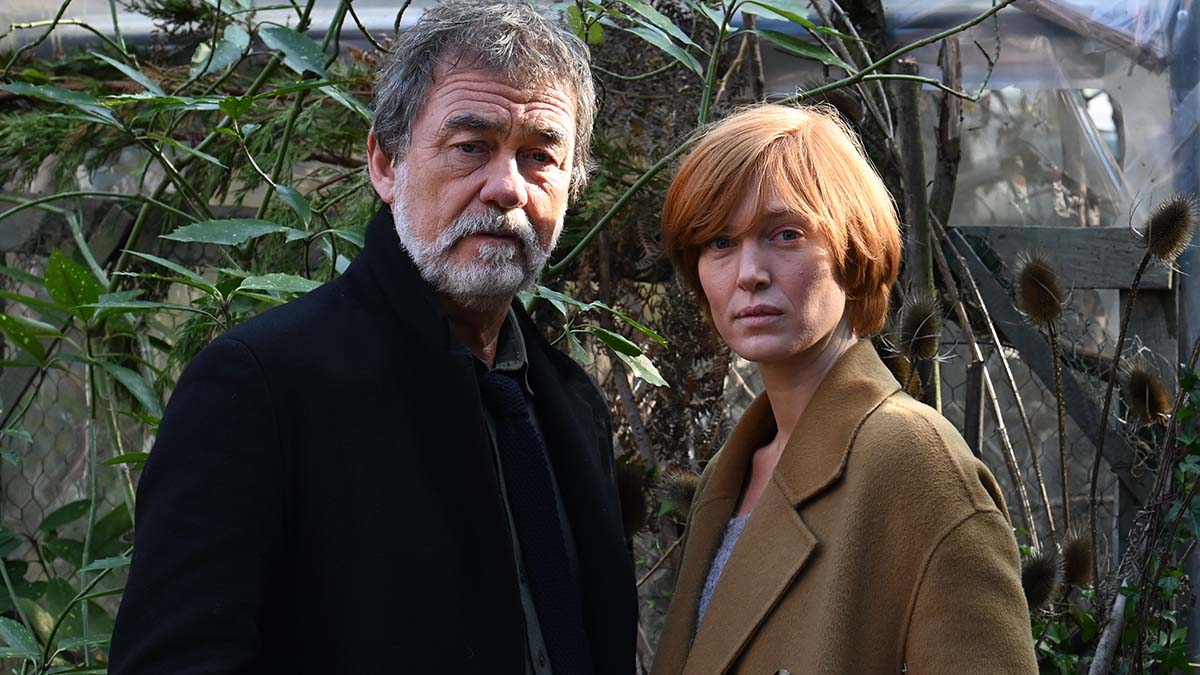 We’re back in rural France for the on-going adventures of Detective Pierre Niémans and his partner Camille Delauney as they investigate some of the most gruesome and bizarre murders outside of Scandinavia. I refer our Northern European friends because that is clearly where this show has drawn its influences – not that there’s anything wrong with that, of course.

The Nordic influence is very pronounced in the opening two-part episode (shown in two 45 minute chunks) which is set around a strange pagan cult, something that is not a million miles away from the one found in the 2019 Swedish film, ‘Midsommar’.

When the fire brigade is called to a burning holiday home, they discover the bodies of two young German tourists bound together, back-to-back and naked. They’ve been stitched together post-mortem by a leather thread that the detectives trace back to a tannery nearby.

The couple had recently undergone a marriage – or sorts – under the watch of a local pagan cult, so Niémans and Delauney head over to check it out. Niémans is surprised and delighted to discover that a former student of his, Audrey, has infiltrated the cult and is able to provide some much-needed intelligence on what goes on there. Audrey’s role is a little odd – she’s a policewoman working undercover (sort of), but everyone knows she’s a cop. Weird, but anyway…

The leader of the cult immediately falls under suspicion of murdering the couple. He is estranged from his family, who run the local tannery. However, he still has a relationship with his sister, who has been providing him with the leather cord used for their marriage ceremony bracelets – the same cord used to sew together the German couple.

There follows a hugely complicated and bizarre storyline that involves an intersex baby, religious zealots, self-harm, leather fashionwear made out of human skin (who knew?) and sexual predation. There were probably more, but I lost the plot long before I got to the end.

The positives are plenty. Olivier Marchal (a superb French actor who was in the BBC4 series, ‘The Promise’, recently) is fabulous in the main role, like a slightly grumpy Gallic uncle. Erika Sainte – looking remarkably like a young Kiki Dee to me – is also excellent as his trusty sidekick, Delauney. They have developed into well-rounded characters over the seasons and are easy to engage with.

The production looks wonderful on-screen, too – excellent camerawork shot in a beautiful setting (once again, looking every bit like a Scandinavian Forest, despite its French location).

That said, I found the plot in the two-part opener to be all over the shop and bewilderingly complex. It felt like the writers were trying for a Guinness Book of World Records entry for the largest number of wacky perversions in one TV show. Which is a shame, because the main characterization and acting is top drawer.

But give it a go – you might find the complexity of the plot to your taste; in which case you’ll be hooked.

Walter Presents: ‘The Crimson Rivers’ Season 3 will air every Friday for seven weeks from 25th March on More4 at 9pm. Episodes will be available on Walter Presents via All 4 each week.