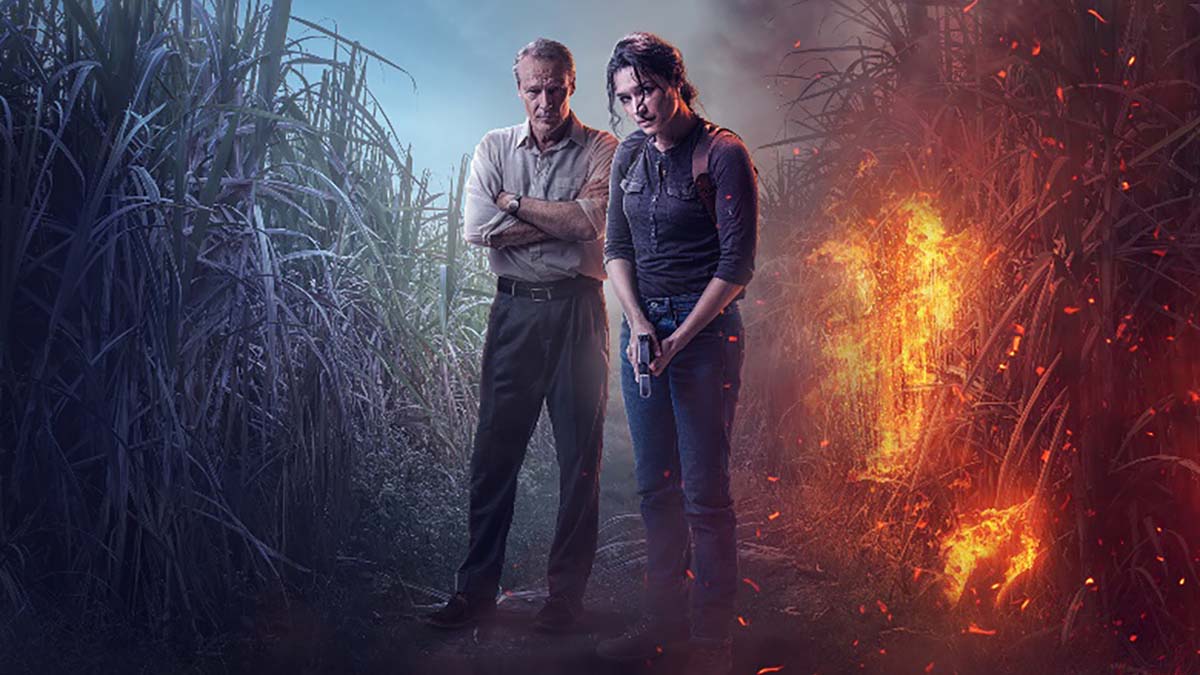 All episodes will be made available on All 4 following the first episode launch on Channel 4.

‘The Cane Field Killings’ tells the story of a brilliant criminal profiler, Reyka Gama (Engelbrecht), who is struggling to comes to terms with her dark past. Having been abducted as a child by farmer Angus Speelman (Glen), Reyka now channels that traumatic experience to enter into the mindset of Africa’s most notorious criminals.  The series follows her investigation into a string of brutal murders committed by a serial killer in the sugar cane fields of Kwa-Zulu-Natal.

20 years on from her abduction, the manipulative, charming Speelman still exerts a powerful hold on Reyka, and this relationship, together with the one she is struggling to rebuild with her mother Elsa forms the backbone of the story. The series takes viewers into a tropical world of stifling heat and dangerous wildlife, ruled by a criminal underworld and characterised by shadowy political manoeuvring.

Nick Lee, Channel 4’s Head of Acquisitions, said: “’The Cane Field Killings’ is a striking crime drama with a compelling lead character and a deep sense of place. It’s a rarely told South African perspective on a detective story which brings together fascinating historical and contemporary themes and which we’re thrilled to bring to British audiences on Channel 4 and All 4.”