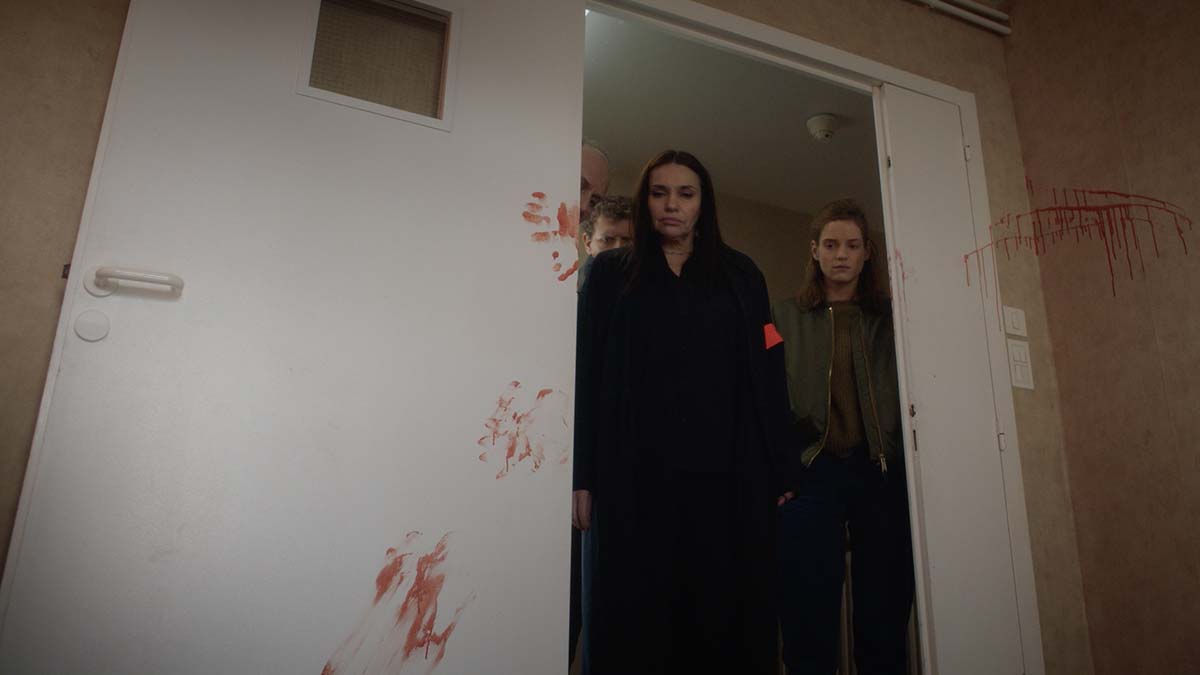 ‘Inside’ (or À l’intérieur in its native French) is the latest weapon in the Walter Presents crime thriller arsenal. It’s from the same team who created ‘Vanished By The Lake’ and ‘A Deadly Union’, so there’s plenty of pedigree in the writing team.

It stars Noémie Schmidt as Angèle Maury, a rookie police detective who is handed a tricky first case – that of the murder of Ana, an inmate in a local psychiatric hospital. Ana – who was due to be released the next day – has been found by another inmate, stabbed multiple times and with her heart removed.

As Angèle’s investigations develop, strange things start to occur. There are striking similarities between Ana and Angèle herself. For a start, they share the same date of birth, they have a similar physical appearance; and then most strangely of all (and this is where the show drifts into the world of the supernatural) Angèle starts hallucinating, apparently witnessing Ana in the final days of her life.

The hospital is one of those spooky old houses in the middle of the countryside, run by a suspicious husband and wife team, Raphaël and Alexandra Santi, played by Hippolyte Girardot (you may recognise from the Harlan Coben mini-series, No Second Chance) and Judith El Zein. What secrets do they hide, and is Raphael always the consummate professional with his patients?

Angèle decides that the only way to get the intelligence she needs to crack the case is to get to know the inmates. So, she sets about getting to know them all; and they are an eclectic bunch, to say the least. It’s almost like the writers have gone to an A-Z of mental illness to find a character trait for each one.

Although the writing and acting is mostly strong, the characters tend to be a bit cliched and one-dimensional, if I’m honest. And some of the plot does seem more than a little unbelievable. For a start, would they give a rookie detective a murder case on her own with – it would appear – no police help whatsoever? Surely, she’d have a trusty sidekick or someone to bounce ideas off of?

Walter Presents has always given us top of the league drama – Champions League contenders, you might say. But ‘Inside’ is more akin to mid-table mediocrity, sadly. It’s not bad, but with so much great drama out there, I wonder how many will stick this one out for all six episodes. I base my reviews on just one episode, so I’ll happily eat humble pie if this one turns out to be a winner; but for now, it’s not grabbing me.

Walter Presents: ‘Inside’ will be available as a full boxset on All 4 from 25th March 2022.

Advertisement. Scroll to continue reading.
In this article:Inside, Walter Presents