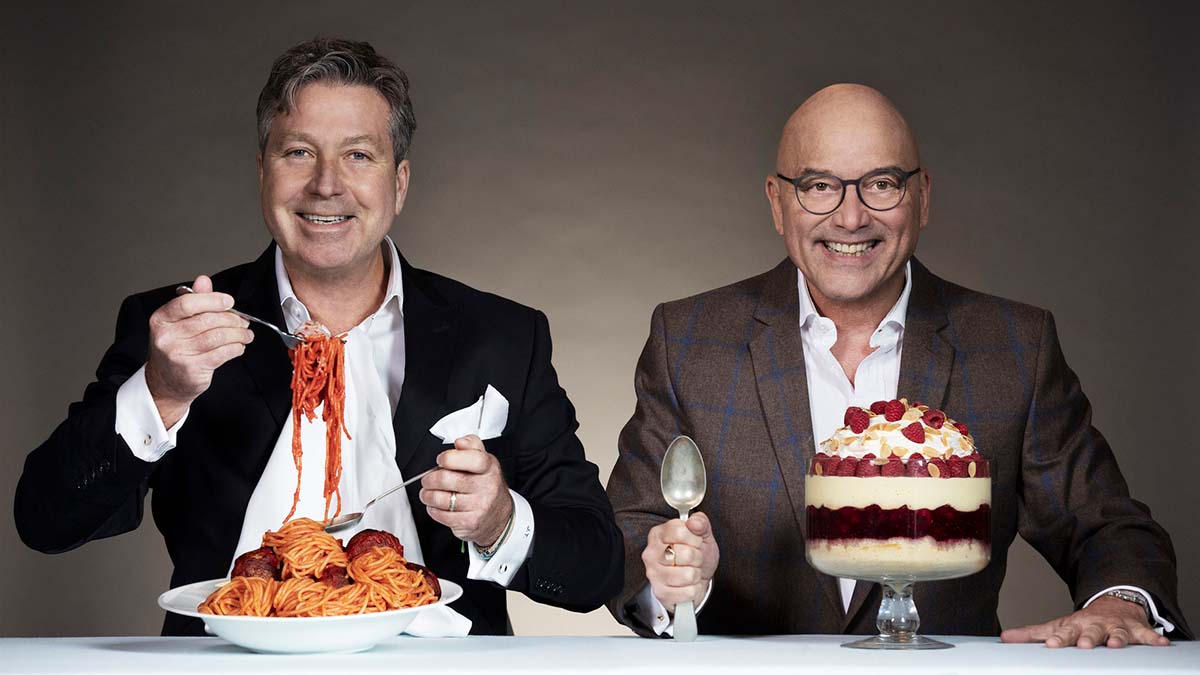 ‘MasterChef’ will kick off its 18th series on BBC One later this month.

Over seven weeks, ‘MasterChef’ judges John Torode and Gregg Wallace are ready for the journey to discovering the UK’s best amateur cook, one plate at a time.

Forty-five passionate and talented hopefuls start the competition from all walks of life including an NHS Worker, Theatre Director, Beer Bike Tour Guide, Childcare Worker, Bank Manager and Retired Head Teacher. They all have one goal in mind – to cook their way to the pinnacle of the 2022 trophy and join the outstanding MasterChef alumni who have gone on to stellar careers in food.

This year the judges are mixing it up – introducing a whole new set of challenges to kick off the competition.

Each week for five weeks, nine home cooks arrive with both their dreams and ingredients, making their ‘MasterChef’ debut in the new Audition Round. The contestants must calm their nerves to focus on the food and deliver their standout Signature Dish – showing John and Gregg who they are as a cook and how good they could become.

The judges don’t witness the action in the ‘MasterChef’ kitchen, but are served each dish in the new Tasting Room. Just like diners in a restaurant, they judge each contestant’s food solely on the plate that is put in front of them. John and Gregg pick their three favourite dishes, giving those cooks a well-earned MasterChef apron and immunity from cooking in the next round.

The remaining six contestants will get another chance to impress the judges and win themselves that coveted apron – by cooking another of their Signature Dishes – a sweet dish if they delivered savoury in the first round and vice versa. This time, John and Gregg will be in the kitchen witnessing their every move. The pressure is set to intense and the stakes are high as for two cooks, their ‘MasterChef’ dream is over.

Having made it through to the sharp end of the competition, the Semi Finalists will need to rise to some incredible challenges. They will cook for 20 returning ‘MasterChef’ contestants who have gone on to have careers in the food industry since taking part in the series.

To mark the centenary of the Royal British Legion’s crucial work with serving and ex-serving personel – under the supervision of Glynn Purnell, Head Chef of Michelin-starred Purnell’s Restaurant (Birmingham) – the contestants will deliver a prestigious lunch celebrating over 20 war veterans and crucial fundraisers. And in a very different celebration, the contestants will create a dish inspired by ‘MasterChef’s surprise musical fame – filmed 10 years after the hit single ;Buttery Biscuit Base’ reached the Top 40 in the UK charts, with over 11 million views online.

The Finalists will have earned a unique opportunity to travel to Ireland to celebrate the legacy of one of the world’s most important, yet possibly unrecognised chefs, Myrtle Allen at Ballymaloe House and Cookery School, where chefs from all over the world come to learn the late, great patron’s philosophy.

The Final Three will get the dream chance to take on Chef’s Table challenge, at Restaurant Gordon Ramsay in London, which celebrates 21 years of holding an incredible three Michelin stars. One of the world’s greatest chefs, Gordon Ramsay and his formidable Head Chef, Matt Abé will put the finalists through their paces as they try to master the restaurant’s classic dishes – striving to deliver food of an exceptional standard and impress some of the best chefs in the country including members of Gordon Ramsay’s original brigade, such as Clare Smyth and Paul Ainsworth, as well as his old mentor, former three-star Michelin legend Pierre Koffman.

The search for the country’s best amateur cook reaches its climax with the ‘MasterChef’ final, where the outstanding finalists must produce the best three dishes of their lives for the judges. As only one of them can lift the trophy and become the 18th ‘MasterChef’ Champion.

‘MasterChef’ returns to BBC One on Wednesday 23 March at 8pm, then Friday 25th March at 8pm and 9pm.

In this article:BBC One, Masterchef