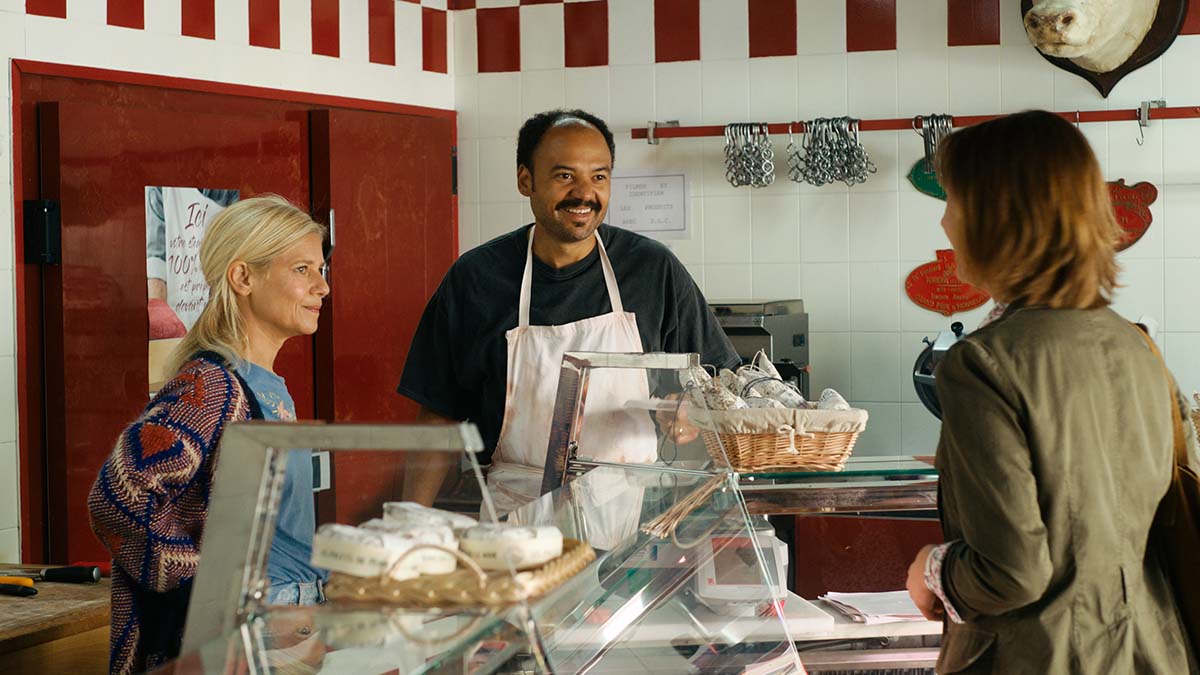 Sophie (Marina Foïs) and her husband Vincent (Fabrice Eboué) run a butcher’s shop, which is on the brink of bankruptcy. Targeted by vegan activists, the strain of the business and the state of their marriage begins to take its toll. Accidentally, Vincent hits and kills one of the activists that attacked the shop with his car, and desperate not to go to prison he and Sophie agree to turn the body into ham and sell it. When customers start flocking back to the shop as word-of-mouth spreads about the new meat, Sophie and Vincent start hunting down other vegans to kill.

‘Some Like It Rare’ is co-written and directed by Fabrice Eboué, who stars in the lead role of Vincent. The French horror-comedy is a fresh twist on the cannibal sub-genre and it leans more into the comedy than it does the horror. Eboué wastes no time getting to the meat of his story (no pun intended), and no sooner have Sophie and Vincent passed off a dead body as a new kind of ham, the couple start finding new targets to keep their reversal of fortune going.

Of course, this doesn’t go smoothly at all. Despite both being up for murdering vegans, it’s actually Sophie who’s far most enthusiastic about it. Vincent tries to go along with it but his first attempts are clumsy and result in hilarious situations. At first the idea to kill vegans brings the couple closer together but over the course of the film it only serves to further highlight just how damaged their marriage actually is. Sophie is the one goading Vincent into committing murder, and despite his reservations, he’s keen to go along with the plan to save his marriage.

Marina Foïs and Fabrice Eboué make for a fantastic double act. Foïs is superb at bringing out Sophie’s determination and ruthless nature, while Eboué takes the audience along for the ride as he plays Vincent as a man that goes from reluctant to a willing accomplice. The two actors have magnificent chemistry and the film never dips when both of them are on the screen. Eboué in particular gets the opportunity to shine with some more physical comedy and he’s wonderful fun to watch.

‘Some Like it Rare’ is definitely an unusual film but it’s one that will keep you laughing throughout. One of the lighter moments at this year’s Arrow Video FrightFest Glasgow, the film should be commended for doing something a bit different. It does bring back memories of Jean-Pierre Jeunet’s ‘Delicatessen’ but it differentiates itself by putting a social commentary spin on the plot, and it’s much funnier.