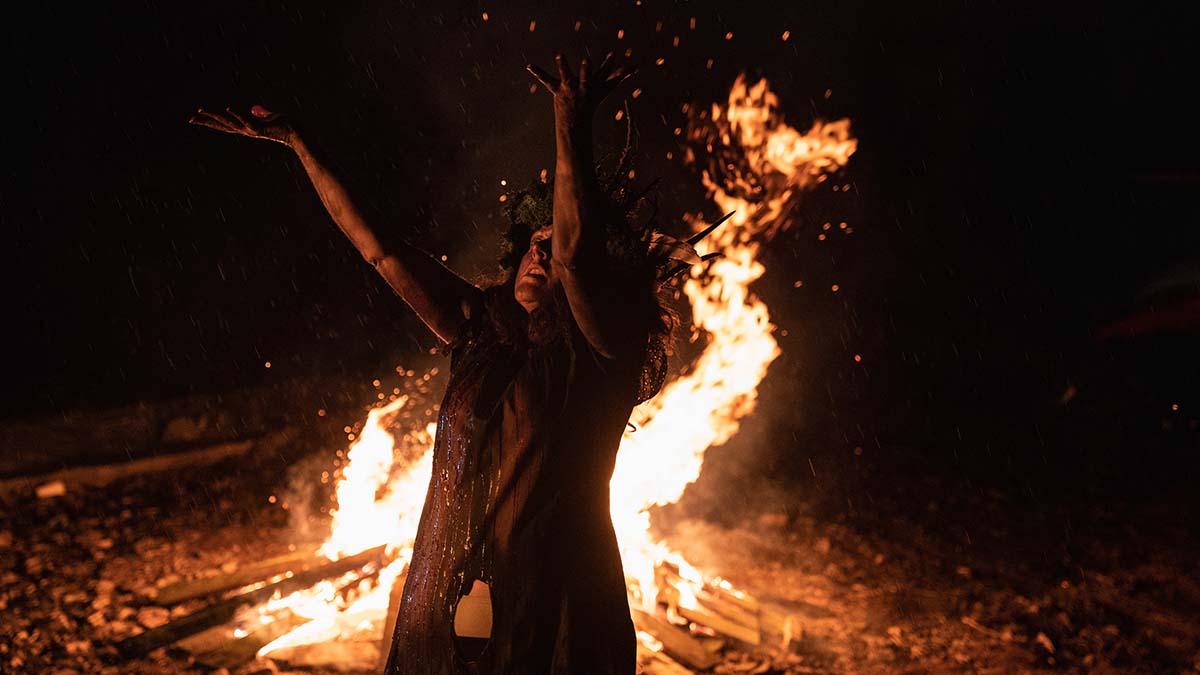 Probation officer Cathy Madden (Deirdre Mullins) impulsively agrees to take on the case of ‘Bloody’ Mary Laidlaw (Derbhle Crotty), a woman who needs rehabilitating back into society following a two-decade prison sentence for murdering her husband. Believing that everyone deserves a second chance, no matter how heinous their crimes are, Cathy tries to help Mary but begins to question her decision when two children go missing. Does Mary have something to do with it or are there other dark forces at play?

‘Mandrake’ is from director Lynne Davison and writer Matt Harvey. The latest project to come through Northern Ireland Screen’s New Talent Focus, the film is an unsettling story that explores modern day witchcraft. Taking inspiration from classics such as ‘The Wicker Man’, ‘Mandrake’ attempts to balance its supernatural elements with the tropes of a thriller but it doesn’t quite manage to pull it off.

Following a strong start that establishes both Cathy and Mary, the film’s plot moves at a glacial pace and it disconnects with the viewer. It’s clear from the outset that Mary has no interest in being rehabilitated and as soon as the two children go missing, you know things will only hurtle downhill from that point. Cathy is dragged into the middle of it thanks to her tendency to throw herself into work rather than focus on the mess that her life has turned into after separating with husband Jason (Paul Kennedy), who has moved on with a new partner while maintaining custody of their son.

For me, where the film falters is that there’s nothing much in the way of surprises as the story unfolds. It hits every beat you’ll expect it to and it doesn’t throw any curveballs. You know from the first moment you meet Mary that she’ll soon be up to no good again, and while the witchcraft element does add some interest, it’s not enough to keep you hooked right through until the climax. Not even a late attempt to take inspiration from the short-lived Kevin Bacon series ‘The Following’ pays off, instead highlighting just how messy the story is.

Deirdre Mullins is the standout from the cast. Her performance is nuanced enough to keep your attention but she deserves much better material than this. The rest of the cast fails to make much of an impact, doing their best with underwritten characters that never quite earn your attention or investment.

‘Mandrake’ could have been an interesting and taut thriller that pulls in elements of the supernatural but sadly it re-treads ground that has been explored too many times before. With an uneven pace and some boring moments, the film didn’t connect with me and I couldn’t find it in myself to care about any of the characters. ‘Mandrake’ has lofty ambitions but it doesn’t ever manage to rise above its plodding material.