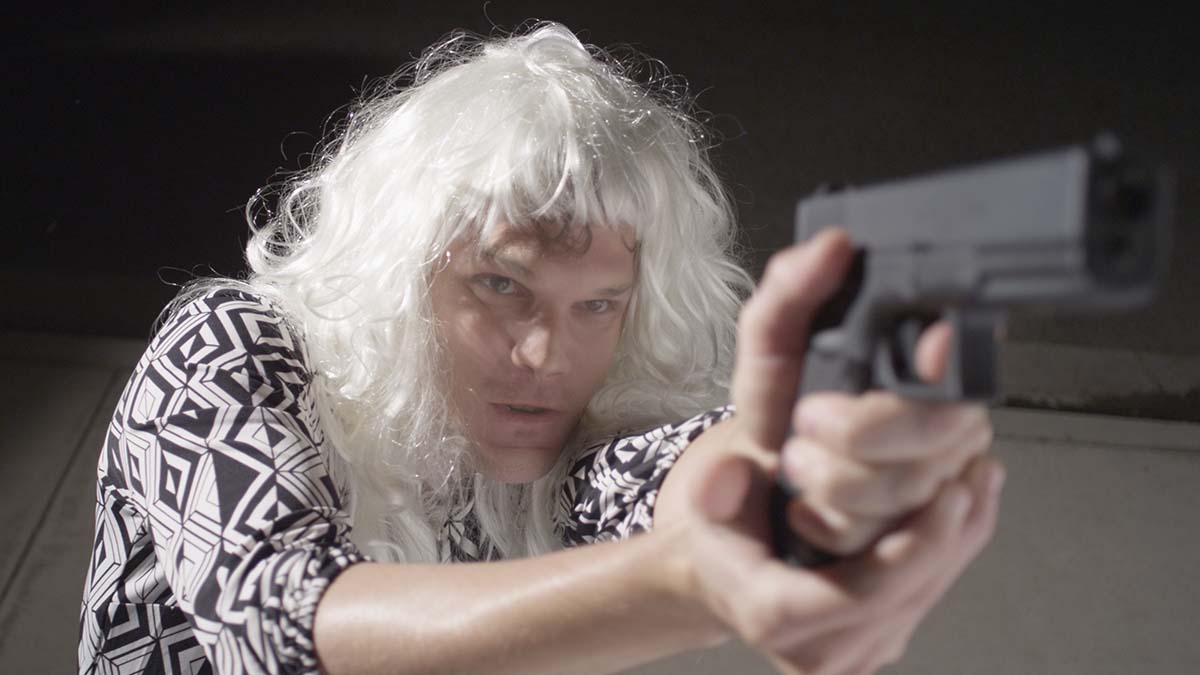 22-year-old war veteran Paul Sarling (Aaron Perilo) lives with (John Savage) and he’s struggling with his mental health. Channelling his energy into being a petty thief, Paul’s behaviour starts to escalate and his actions become even more violent. With no support from his recovering alcoholic father, Paul spirals past the point of no return as he crosses the line from petty crime to full-blown murder.

‘A Cloud So High’ is the feature directorial debut of voiceover artist Christopher Lee Parson. Told in a faux documentary style, the film aims to wow with its style and stylized it most definitely is. At times it feels more like you’re watching hazy dream sequences than a coherent narrative. As the film is delivered in such an abstract way, it’s hard to follow what’s going on or connect with the main characters. Paul’s descent into violence and crime just occurs rather than there being any explanation or journey for the character.

Unfortunately I struggled to find a lot to like about ‘A Cloud So High’. It reminded me of previous FrightFest selection ‘Dangerous To Know’, and that is most definitely not a compliment. The film is hampered by many of the same trappings as that – an overly intrusive score that plays for much of the film, lengthy scenes of nothing and a stylised presentation that distracts rather than adds to the story. Add to that strange lighting choices, distorted voiceover dialogue and a style that jumps from documentary to the events that happened and it’s all incredibly disjointed.

The cast isn’t very good either. I don’t really want to single anyone out as everyone is pretty wooden. I feel like it’s more to do with the direction and the material than it is the actors themselves but the odd way in which they deliver their lines is stilted and hard to connect with. The interaction between the characters feels unnatural and the actors are too conscious of the fact they’re acting for much of the film.

‘A Cloud So High’ is sadly not a great film. There’s potential there with the story but the way it’s been put together and produced just doesn’t work for me. There are definite lessons that Lee Parsons can take from this venture and it’s an odd choice for a genre film festival. Some festival goers may find something to enjoy here but sadly I didn’t.