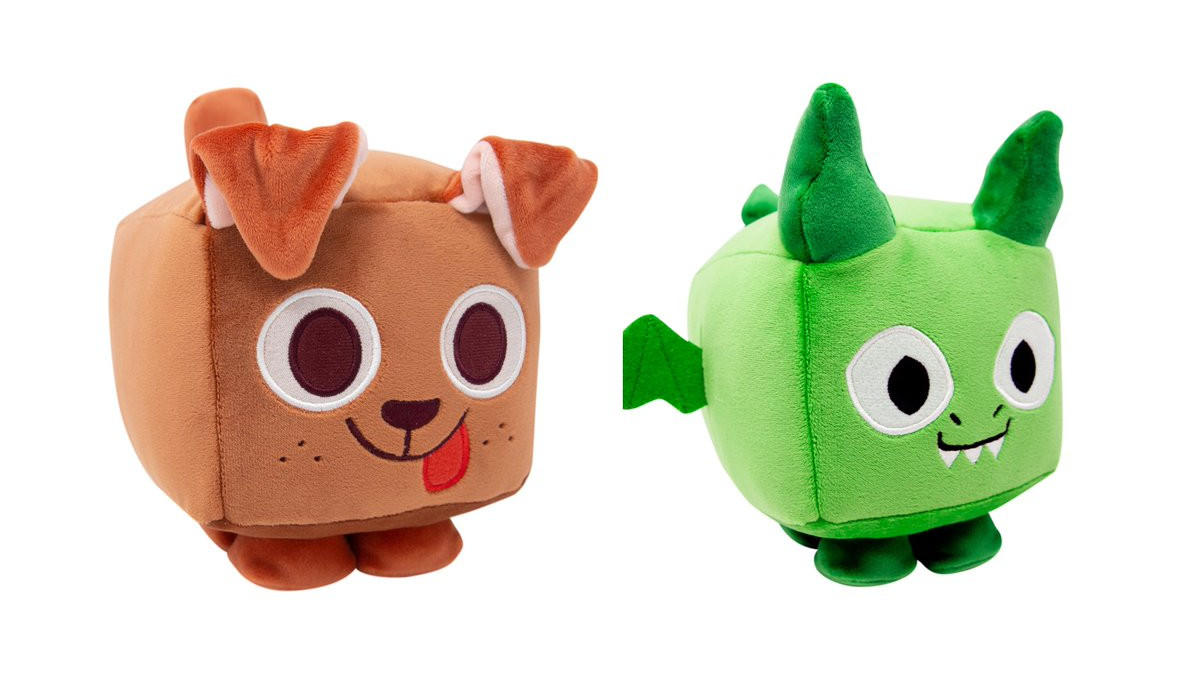 Update: Want to win one of these plushies for free? We are running a free giveaway for one dragon and one dog plush in conjunction with the OBD Games YouTube channel. For information on how to enter check out our plushie competition page.

Last year, Pet Simulator X released its first plush toys to the public and they sold out almost instantly. These cat plushies came with an exclusive code that would allow players to unlock a special pet in-game and thus was born the obsession with huge pets in Pet Sim X.

This release led to many more versions of huge pets being added to the game and all of them are coveted items by players. They are by their very nature rare and either hard or expensive to obtain and command a high price within the game’s economy. They have also found their way onto eBay and I’ve seen one of the huge cat plushies listed at over £900 which should give you a clear idea of the value they seem to hold.

This time around there will be 2 plush pets available. The dragon and dog plushies will both come with a redeemable code so you can unlock a huge version of the pet in-game and let’s not forget you will also get the toy itself though I’m not sure that’s the reason people will be buying these things!

They will go on sale on 15/03/22 at 11 am CST. No price has been listed as of yet but regardless of the price, I would expect them to sell out very quickly.

If you want to have a chance of getting one head over to the official Big Games merch store.